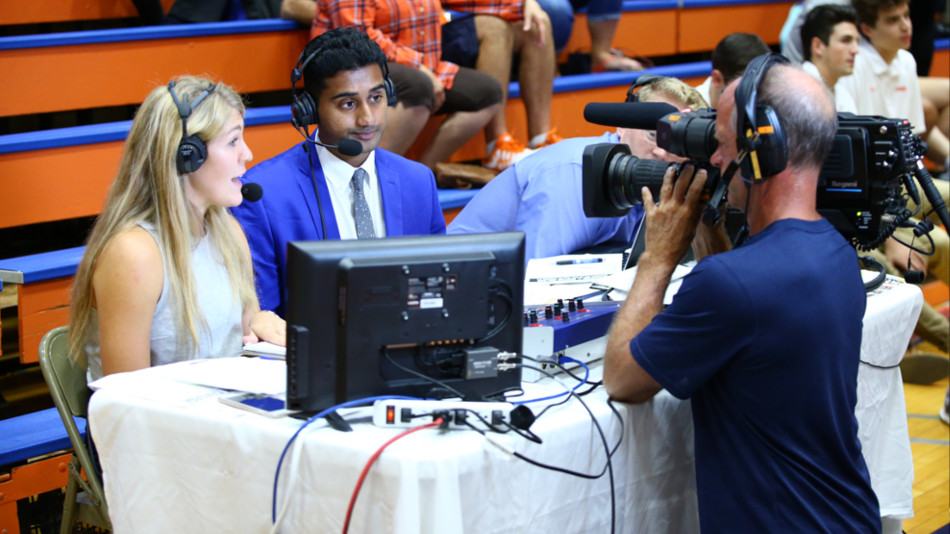 (Editor’s Note: As a follow up to this week’s streaming piece, I asked Matt Park to weigh in on how Syracuse University administers its streaming and production of athletic events. Syracuse, of course, is an institution that has spawned some of the most popular sports announcers in America. The list is endless. From Bob Costas to Mike Tirico and from Sean McDonough to Dick Stockton and from Dave Pasch to so many others. They were all trained at SU. And let’s not forget the executives. Turner president, David Levy, is an alum of Syracuse.)

If the name Matt Park is familiar, it should be. He’s been the friendly Voice of the Syracuse Orange for 13 years. Additionally, he serves as an adjunct professor at SU’s acclaimed Newhouse School of Public Communications. Park is responsible for scheduling and training on-air talent for streamcasts produced by the school’s athletics department.

Syracuse distinguishes itself from other schools in the ACC or SEC because the announcers for its live streams are predominantly students.

In this piece, Matt adds color to fresh opportunities that surface regularly in the explosive world of sports streaming.

There is a range of sophistication to internet streaming. Broadly, it makes multiple events available to viewers and by extension, it affords more opportunities for budding announcers and production personnel. Streaming enables lower-budgeted programs like small colleges or high schools to resourcefully develop the visibility that’s necessary to cultivate bonds with fans.

Syracuse Athletics had produced inexpensive streamcasts for many years, the kind detailed in this week’s earlier piece in this publication and made them available on the Cuse.com platform. Today our streaming productions closely reflect what viewers are accustomed to watching on television, but delivered through the internet instead of cable or over the air.

As now structured, member schools have an agreement in place with ESPN to produce a set number of events each year in exchange for a modest per-game stipend to offset production costs. As long as prescribed standards for broadcast quality are met, schools are free to staff their productions as they choose.

To build its operation, Syracuse Athletics hired production professionals Scott Hecht and Kristin Hennessey from ESPN, both of whom had their fingerprints on the launch of the SEC Network.

In this first year with a full-scale approach, we’ll produce roughly 90 home events, a mix of virtually every sport in the Syracuse portfolio. Almost all are complete broadcasts, similar to what viewers see on ESPNU (four or more cameras, replays, graphics, music, interviews, the whole deal). Our productions are available on WatchESPN.com and the Watch ESPN app.

Syracuse is different from other schools attempting these productions because:

Who we choose to call games on-air

We cast a wide net to gauge interest and more than 100 students reached out. There may be dozens of others who will be involved in other capacities too, like creating on-air features.

Those calling games for us are generally (but not required to be) from the traditional internal pipeline that through the years, spawned many well-known Syracuse announcers; student radio stations WAER/WJPZ and television station CitrusTV.

The best and most seasoned students get the best gigs. We make every effort to put students into positions where they’ll succeed, so accordingly those with strong backgrounds in specific sports might be placed higher on the depth chart than others.

Some students might be better suited to host in studio. Syracuse is the only institution producing studio programming using this model. We view it as an opportunity to involve more students, broaden their capabilities through training and, at the same time, create more original content.

Engagement varies by sport. Football play-by-play is untouchable because it is picked up by ESPN and the like. ACC Network Extra did nine men’s basketball games and the announcers were all pros. Yet students were assigned positions as sideline reporters. Women’s basketball broadcasts for the most part are handled almost entirely by students.

The technical operation is handled primarily by fulltime pros and freelancers, yet students do have some opportunities to assist and learn. Occasionally, they’ll be videographers or replay operators. There have been many chances for them to assist directors and producers.

We’ve been fortunate with job placement for many of the students we’ve worked with through the years. Some of our younger alumni are currently calling games for ESPN, other networks, or for colleges and professional baseball teams.

Our top senior will call about two dozen games this year across a spectrum of sports (soccer, basketball, ice hockey lacrosse) and could logically transition to ESPNU or a conference network very soon.

Second Editor’s Note: Understandably, Park was reluctant to name names of those students who’ve impressed him…Yet, Syracuse has such a long and distinguished history of spawning America’s top sports announcers so I twisted his arm and he shared these names to look for down the road:

Voice of the Orange, Matt Park, ’97, joined the Syracuse ISP Sports Network in 2003 and became the play-by-play voice of the football and men’s basketball teams and host of the Doug Marrone and Jim Boeheim Shows in July 2004. The native of Chittenango, N.Y., has also broadcast professional baseball since 1996, including stints in Syracuse, Rochester, Binghamton, Auburn and a fill-in assignment with the San Diego Padres.