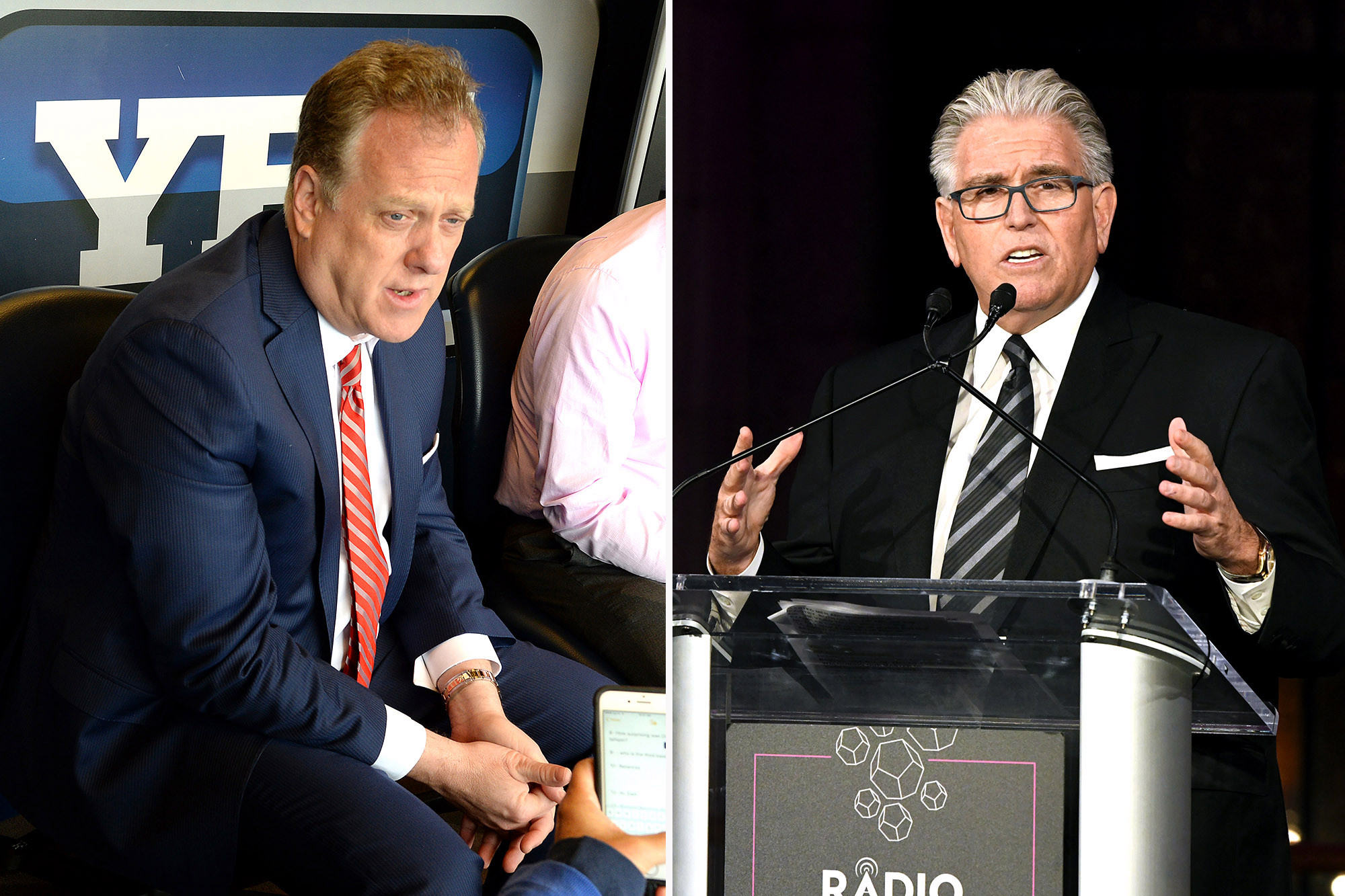 At its launch, the station, at 1050AM, covered a wide range of sports; local, national and even global sports. But it became apparent that New Yorkers weren’t interested in a format made up of a broad, less provincial menu.

After a year, management tightened its direction, focusing almost exclusively on New York area sports. Previous references to motor racing, Tour de France and even general college football were considered exogenous, not of critical interest to local straphangers. Hosts were encouraged to sidestep them.

The following year, Emmis purchased WNBC, which at 660, had arguably the best AM signal on the eastern seaboard. It was an enormous upgrade from 1050, which had significant holes in its geographic coverage.

Emmis retired WNBC’s call-letters and relabeled 660, WFAN. The company then mixed and merged the best programming assets of both stations. It ran Dan Imus in the morning, a male oriented, personality driven and ratings-proven program. At other times, it aired either sports-talk or the best in play-by-play; the Mets, Knicks and Rangers.

Management’s next major move was made in September, 1989 when it teamed Chris Mad Dog Russo and Mike Francesa in afternoon drive. In time, Mike and the Mad Dog, hosted by two bold personalities, evolved into a station jewel. Few talkies since, anywhere in the country, have come close to gaining the duo’s collective capital or influence.

So, two years and two months after Emmis spawned WFAN, the all-sports station began to pop. In a short time, it would excel and prosper. WFAN’s ensuing success stimulated imitator stations across the country, many hundreds for that matter.

Meanwhile, the old 1050 signal was eventually renamed WEVD, under the ownership of the Forward Association. The format turned to liberal talk. And In 2001, ESPN bought it from Forward and initiated a second sports format in New York, hoping to challenge WFAN, which by then was a juggernaut.

Despite its $78 million investment in the 1050 facility and the fact that it was backed by the enormous power of its corporate brand, ESPN faced an almost impossible task, chasing the rock solid WFAN. By then, WFAN had a fifteen-year head start on ESPN Radio in New York.

In 2002, shortly after the launch of ESPN Radio New York, the station appointed Michael Kay to host afternoon drive and to oppose the two established all-stars of WFAN, Mike and the Mad Dog.

In 2009, the Francesa and Russo split. Chris moved his wares to SiriusXM and Francesa remained a solo star on WFAN. Francesa briefly retired in May, 2017 and returned in April, 2018.

In 2012, ESPN moved to 98.7FM by entering into a licensing and operations agreement with the station’s ownership, ironically, Emmis Broadcasting. During the same year, WFAN added FM coverage at 101.9FM.

Kay is from the Bronx and Francesa is from Long Island. Kay went to Fordham and Francesa to St. John’s. Before they were given their microphones, Kay had been a sportswriter for the New York Daily News and Francesa a researcher for then CBS Sports lead broadcaster, Brent Musburger.

The rating battles between the competition are a regular subject of media columns authored by the Daily News’ Bob Raissman, the Post’s Andrew Marchand and Newsday’s Neil Best. Depending upon interpretations of digital tentacles and the like, the ratings are so close that when updated audience numbers are periodically released, both sides claim victory.

How do Kay and Francesa stack up against one another?

It seems as though everyone who listens to sports radio in New York has an opinion about the two visible radio characters. Cries of “Francesa is a fraud” or “Kay has thin skin” echo through the empty chambers of Twitter, begging for someone to reach out and agree with them. Newsday’s Best is considered to be a pro-Francesa columnist while the Post’s Andrew Marchand has been highly critical of him. Because it’s impossible to make sense of all the clamoring, screaming and finger pointing, it’s challenging to declare a winner when juxtaposing the two programs.

The assessment is not a science, it’s more of an art. So it’s challenging to declare either one better than the other. Still, I’ll a take a quick stab at it.

For the moment, Kay is on medical leave. He underwent vocal surgery and will be sidelined through much of the summer. It also means that he will be unable to broadcast Yankee games until he recovers and his voice is back in fine fettle.

By my measure, Mike Francesa is better overall than Michael Kay and here’s why:

Entertainment value which at the end of the day, generally fuels ratings and bottom-line performance.

For Tri-State sports fans who simply want to get the facts and nothing else, Kay’s show might be the best way to do so. TMKS (The Michael Kay Show) fact-checks itself on the fly, while Francesa doesn’t. Just take a look at @BackAftaThis, aka “Funhouse,” on Twitter.

The anonymous holder of this account, who claims to have listened to Francesa since childhood, posts clips of Francesa’s show and calls out his hypocrisy when his commentary doesn’t follow. By scrolling through this Twitter account, there’s evidence that Francesa does not intentionally misinform his audience, but he doesn’t always acknowledge when he’s wrong or express any misgivings about his takes.

Take this excerpt from June 24th, the day before Mets’ manager Mickey Callaway and pitcher Jason Vargas were confrontational, threatening Tim Healey, a Newsday reporter. When Callaway referenced a claim that former Yankee and MLB manager Billy Martin once punched a reporter, Michael Kay immediately contested the claim as false. Minutes later, Kay corrected himself; Martin did allegedly punch a reporter once, albeit under drastically different circumstances. Francesa, on the other hand, repeated that “this happens all the time” in major league locker rooms without any real examples to back it up.

First and foremost, both personalities are plugged into the New York sports scene and also have their pulses on other major developments. Kay even doubles as the TV Voice of the Yankees. While their styles are dissimilar and their opinions often differ, the two programs have the same strong grasp of what makes listeners lock into their shows.

For example, with regard to the Callaway and Vargas situation, Francesa didn’t think it was a big deal, while Kay and La Greca were outraged. Their opinions differed but both were backed by a wealth of intelligence; they’re seasoned observers with  deep connections. Francesa pointed to other confrontations between players and media (some involving himself), while Kay argued that Vargas’ actions were unprecedented.

To build ratings, Kay and Francesa are largely entertainers. As such, assessing their informational resources and factual accuracy alone would be an incomplete measure of their overall effectiveness.

This is by far the easiest call.

Francesa is the most entertaining figure in sports radio, at least in New York. The people who love Francesa tune in to every show; the people who can’t stand Francesa still tune in to his shows. His polarizing nature draws attention. Mike’s ratings have proved it, during both the period with Mad Dog (1989 to 2008) and today when he’s solo. Fans can’t help but tune in and listen to what the Sports Pope says, whether it be because they trust his opinion or they want to make fun of him.

This is not to say Kay’s show is not entertaining; it is in many ways. It has more heft and give and take. Mike’s flanked in studio by La Greca and HOT97 personality Peter Rosenberg.

Both Mikes are Goliaths. The difference is that Kay is a regular Goliath with two Davids at his side and Francesa is more akin to Godzilla.

Mike Francesa and Michael Kay will likely be competing until one or both are permanently retired. Even then, their loyal fan bases will be zinging each other. Arguments of who was better will persist.

Francesa’s thirty year grip on New York sports consumption puts him on an iconic sphere, generally reserved for the sports personalities he covers.

Kay is undoubtedly talented, a worthy competitor and has become a household name among Yankee fans and sports talk listeners. Recently, the ratings have been neck and neck.

Pushing a decades’ dominant personality in Francesa to a neck and neck race for bragging rights, is quite a testimony to Kay’s talent. It’s like coming from behind down by 20 in the 4th quarter of an NBA game.

But defeating a longtime incumbent with a stranglehold on end-users requires a bloody journey with no certainty. There is only one Mike Francesa, a New York first in many ways. That will never change.

Joe Rickles is a student at the University of Wisconsin-Madison. His experience includes writing for The Daily Cardinal, a student newspaper on campus, and WSUM 91.7 FM Madison, a student-run radio station in Wisconsin for which he co-hosts Badgerin’ Sports Radio.