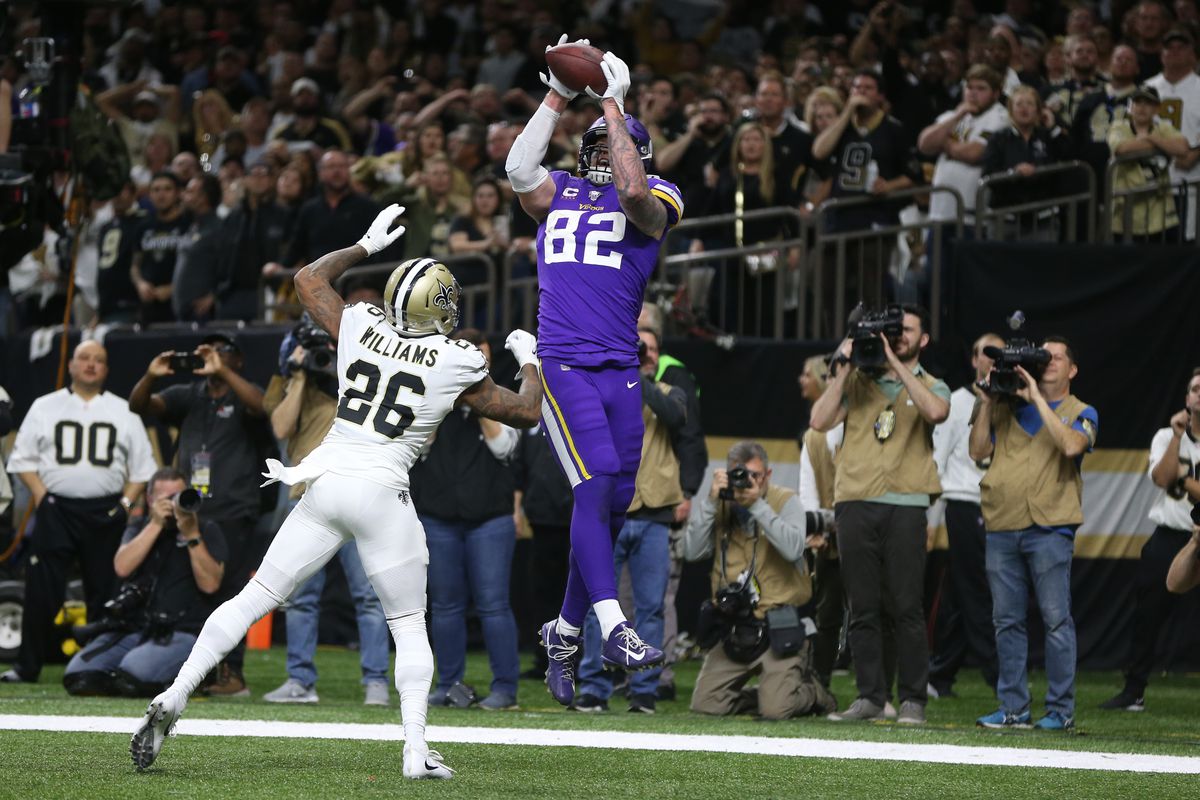 Fox’ A team of Joe Buck and Troy Aikman came through with an A performance yesterday, covering the overtime thriller in New Orleans. There was little they left unreported, other than the controversial game winning catch by receiver Kyle Rudolph. To their credit, they did aptly share what they knew before having to turn the telecast over to the post game studio.

The league’s decision not to review the touchdown catch for a possible offensive interference call was more post game fodder for pundits and fans. Fox’ rules interpretation expert, Mike Pereira sounded surprised himself that New York didn’t look at it before declaring the game over.

Here’s a breakdown of their work:

Best line of the weekend: When a woman reporter in the post-game asked Bill Belichick what he has to say to Patriot Nation, “after they stood behind the team through thick and thin.” Said Belichick: “There hasn’t been a lot of thin.”

When Belichick is amusing, the apocalypse is nigh. Great article!