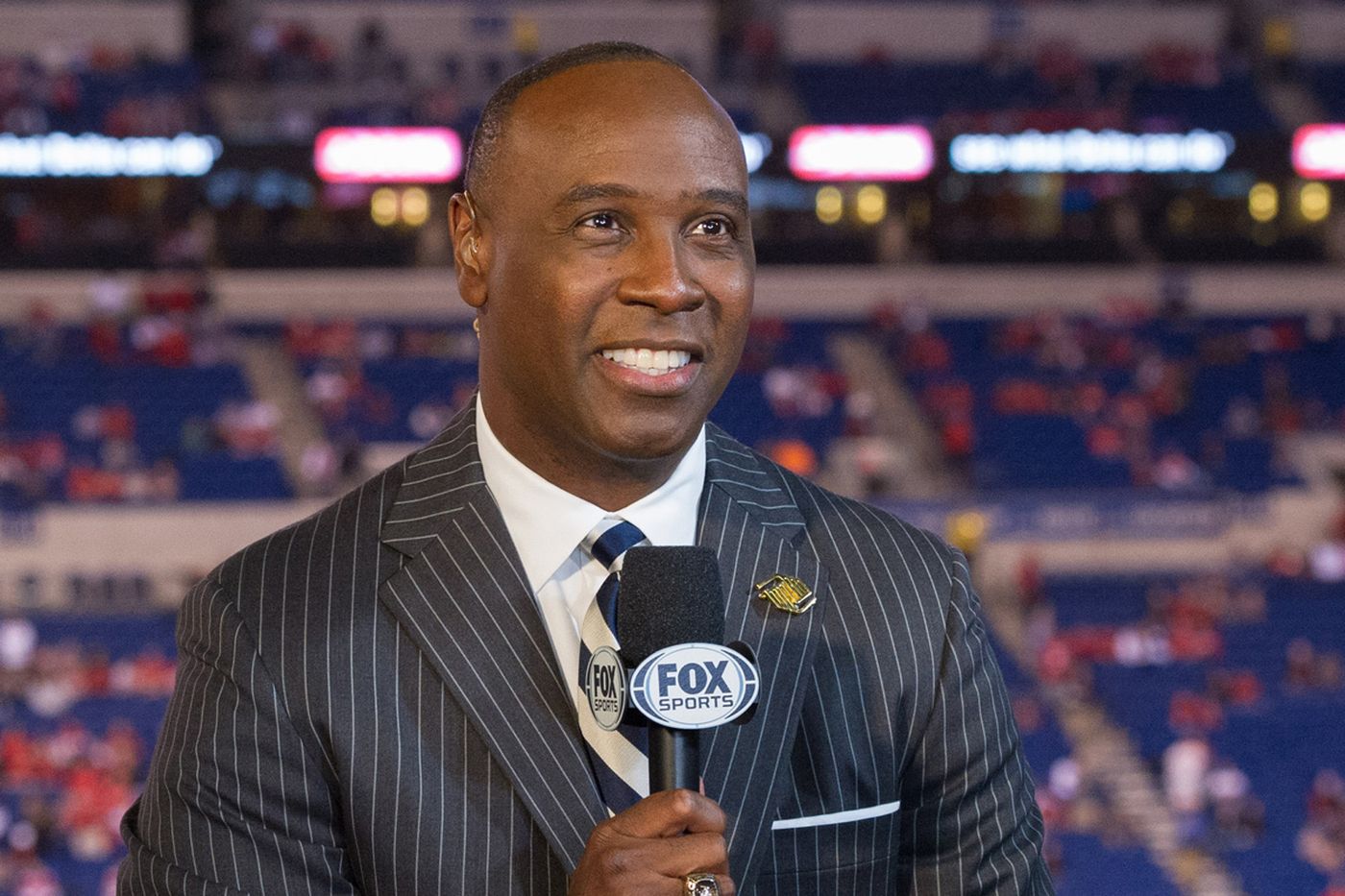 Charles Davis played defensive tackle for the University of Tennessee in the 80s. He earned his masters in history

Quickly, name one game analyst on network NFL broadcasts who didn’t either play or coach in the league. Tough to identify one, right?

Without employing a research army in a huge think tank, I perused lists of network pairings going back to the early 1960s. This is what I found:

An all-SEC player, Davis played defensive back for the University of Tennessee. While he was in camp with the Dallas Cowboys, he left, telling head coach Tom Landry that he wanted to return to school. He did indeed, earning his masters in history.

In other words, I can comfortably say that the Fox booth, made up of Davis and play-by-play announcer, Kevin Burkhardt is the first in at least fifty years not served by a former NFL coach or player.

Davis is heady, alert and a student of the game. Charles was listed as all-academic, he has a natural curiosity, is intelligent and spot-on.

In the final game of the season on week #17, a pass by Dallas quarterback Dak Prescott to receiver Cole Beasley was ruled incomplete. There were just seconds remaining and the Giants were ahead. If indeed the call on the field stood, the Giants would have won the game. Burkhardt for that matter declared the game over.

After a pregnant thought, Davis jumped in and said that Beasley might have had one foot inbounds. If replay proves it so, Davis suggested, the call on the field would be reversed. He invoked the John Madden adage, “One knee down is two feet in.” He was right. The sprawling catch by Beasley was allowed. It put the Cowboys ahead and they won the game.

I had a chance to speak with Charles earlier this week, prior to his biggest assignment to date on Sunday.

Opinion: Fox’ NFL team of Kevin Burkhardt and Charles Davis was the best of the 4 weekend telecasts

You’re right.  Circuitous is absolutely the right word.  It was somewhat of a fluke.  Steve Craddock at Fox Sports South had my name for two years. When Fox was in a jam and needed someone quickly, I was available.  It eventually led me to where I am today. My best analogy would be the minor leagues.  You ride the buses for a chance to ride the charter later. I didn’t play in the NFL, though I did play college football.

As such, is your approach different from those analysts who did experience the NFL first hand?

Good question. I haven’t swapped many notes with colleagues but I have an incredible appreciation for what everyone does. I listen very closely to what others say, what I can take away and how I can improve.  If there ever is one person who had influence on me it’s Bryant Gumbel; he’s so smooth. But I’m not a host or an interviewer.

You’ve done a lot of different things, including Golf Channel work and PGA Tour work.  How did those assignments influence your work today?

I was an assistant athletic director at Stanford and had responsibility for the golf course.  I really didn’t know much about it but I learned.  When I later went to Disney I worked as a PGA Tournament director. After three years, Golf Channel had a host opening and asked me whether I can do the show.  I raced over, did the show and lo and behold I ended up hosting the Grey Goose 19th Hole for 5 years.

Any differences in prep for studio work vs. game work?

Studio work is time and compilation; what news hit that day; it’s broader in scope. Game work requires focus on one particular game and the two participating teams. The league serves more as a backdrop for how the two teams fit into the league storylines.

How often do you talk during the week of game preparation with your on-air colleagues, Kevin Burkhardt and Pam Oliver?

We generally do our own homework. Yet we do email and talk every week. When we identify points of emphasis, we share them with our partners, including producers and directors.  Kevin and I will spend at least one day where we’re on the phone getting each other’s pulse of both teams. Once we’re at the site it’s a free-for-all and the activity really ramps up.

How much can you really learn from talking to coaches prior to a game?

Not much strategic. No coach provides his game plan.  We learn more about philosophy and what shapes their thinking.  For example, Eagles coach Doug Pederson is pretty open and on target about how his team is playing.  Some are more open than others, others are a waste of time.  For example, I had one game with Coach Belichick and I can tell you I was nervous going in,  I’m thinking what do I ask, what don’t I ask.  Eventually I scrapped it all and we simply started talking about the decline in tackling in football and talking all things Navy. Before you know it, he starts opening up and really going on and on and indulging us with all sorts of stories and innuendos that otherwise we’re not getting.  It was a really open window into how one of the greatest of all time thinks.

What human elements  shape how you go about your business.

My father was a high school coach and teacher. I was raised around the game. I was raised in the gym.  The classroom was a big deal to my mother and him.  My degree is in political science and history so I’m a little curious by nature and I love to know the historical context of everything and absolutely love the history of the game of football and I’d like to think that it carries over to when I meet with people.

The game now. I had a chance to ask Peter King this question recently but as a former defensive back, are you satisfied with where the game is today?

I love where the game is and how it continues to evolve.  Taking players’ heads out of the play is what we all want.  When I played in the 80s lots of our games where so low scoring; the game was played between the hash marks.  Now the geography of the game has spread things out and we’ve let athleticism take over.  Doesn’t mean that the number of hits have decreased, we’ve just taken heads out of the game.

Part of it is keeping kids longer in flag football and one of the participants in our game this weekend (Philadelphia-New Orleans), Drew Brees is a monster proponent of it.  Rather than nutty adults walking around yelling “smash him,” we give kids in flag football an opportunity to touch the ball.

Mike Mayock has become the general manager of the Oakland Raiders.  Do you see more commentators taking the administrative road?

Got to ask you, is this the end of the road for the Eagles and the Foles magic as they take on a tough Saints team indoors this weekend?

I never make predictions on games I’m calling but don’t think we’ll see anything close to the 48-7 thrashing the Eagles suffered in November.  They’re healthier and the Foles magic is one of the best stories going.  Look, we just saw this last week, when the Chargers beat the Ravens after Baltimore upended the Chargers just a couple weeks prior to it.

(Editor’s note: Charles’ son Parker Davis plays college basketball for Rollins College in Orlando. Another broadcast personality, Chris Russo of SiriusXM also has a son involved with a Sunshine State Conference team, the University of Tampa. Tim Russo is the team manager for the Tampa basketball.)

Great piece, and I hope he has a great game! There is a technicality on this. In the early 1960s, CBS still had some broadcasts with just play-by-play announcers, or you might say professional broadcasters serving as color commentators. The most notable example was probably Gil Stratton, an actor (Stalag 17) and broadcaster who did color on Rams telecasts on CBS into the mid-1960s. But that was before it was a given that there would be an ex-player in there. As I recall the story, Bert Bell, the commissioner who preceded Pete Rozelle, urged the networks to use ex-players, since… Read more »