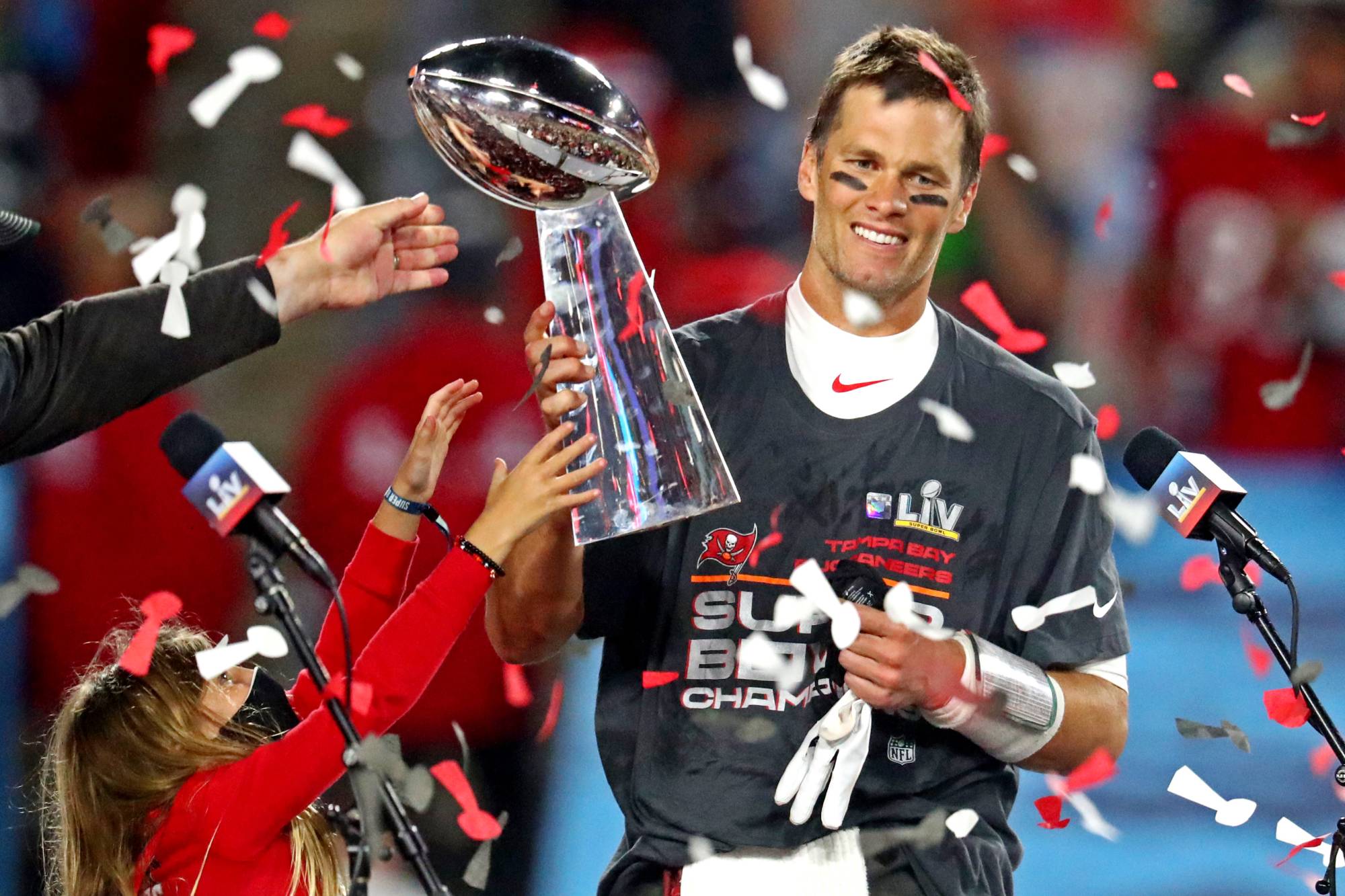 CBS ran the Super Bowl for a second time in three years. NBC and Fox have the next couple. Jim Nantz and Tony Romo had the call in what was expected to be a classic quarterback showdown but Tampa Bay won it in a blowout, 31-9. For the incomparable Tom Brady, it was his seventh Super Bowl championship, three more than any other quarterback. San Francisco’s Joe Montana and Pittsburgh’s Terry Bradshaw each won four.

Cowher hit it on the head

Coming into the game former Steelers coach Bill Cowher, an analyst on CBS’ studio show, said the biggest factor in this game would focus on the team that finishes drives and the one that settled for field goals. Tampa Bay scored four touchdowns and one field goal, while the Chiefs scored three field goals and no touchdowns.

Tampa Bay’s DC Todd Bowles was the real MVP on the sideline. He authored an indomitable defensive plan and his men on the gridiron executed it. The Floridians shut down Patrick Mahomes from orchestrating a double-digit performance for the first time in his career. They did so with pressure. Whether it was creative blitzing using a double corner which Tony Romo pointed out or by edge rushers Shaquil Barrett and Jason Pierre-Paul winning their matchups against the depleted KC offensive tackles.

But CBS gave the Chiefs’ DC Steve Spagnuolo lots more face time on the most watched TV program of the year. Early on, Nantz and particularly Romo heaped praise on Spagnuolo. But it was Bowles who stole the coordinators’ thunder.

I came into this game wondering how the Bucs’ defense would adjust from the last time they faced the vaunted KC offense in November. Romo pointed out how the Bucs were playing 2-deep safeties 82% of the time, the highest in the NFL this season. They put a safety over wideout Tyreek Hill all night and forced the Chiefs into short, quick passes. Mahomes was pressured all evening, running around the pocket trying to buy time, prompting Romo to say Mahomes was “running for his life.”

“It’s simple,” was Romo’s motto for the Buccaneers offense, and boy was it! “Screen it, run it, play action” was the formula for Tampa Bay. Romo noted how the Bucs’ quick plays were slowing down the aggressive defensive nature of the Chiefs’ defense. It fueled the Bucs to dominate. I came into the game wondering if the Bucs were going to play the style Coach Bruce Arians is famous for, no risk it, no biscuit, or Brady’s style of efficient and quick plays. They went with the latter. Romo saw the same thing, saying Tampa Bay wasn’t going for their “no risk it no biscuit style.”

Romo is adept at explaining plays to both the avid and casual fan. Tony doesn’t just recap plays, he gets into the meat of them and why they were run. For instance, he did an outstanding job educating viewers on the outside run that the Bucs ran all night. He illustrated how all TB’s offensive linemen blocked down toward the line of scrimmage so that the running backs, Ronald Jones or Leonard Fournette, could cut back behind them. It put them in a one-on-one situation with the corner, who needs to make a tackle in the open field. Romo didn’t go to complicated terminology, going over the casual viewer’s head.

Nantz was superb, sprinkling in interesting nuggets to keep viewers engaged. He mentioned how Mahomes’ toe injury will likely require surgery in the offseason. He noted how Brady was the first player on the field when the team arrived. He got off the bus and instead of going to the locker room, he just gazed out onto the field. One other morsel he mentioned was that Brady hadn’t registered a touchdown in the first quarter of a Super Bowl. Three plays later Brady magically scored his first touchdown ever in the first quarter of a Super Bowl.

CBS’ studio analysts Boomer Esaison, Nate Burleson and Romo all believed the refs were way too involved in this game, just too many flags. At halftime, Burleson got right to the point, saying that the penalties were “heavily one-sided.” Esaison added that some of the big penalties were too close to call.

Romo was on this trend too, pointing out that Kansas City loves to hold and get their hands on the opposing receivers. He also thought some of the calls were way to close to be called in a Super Bowl. CBS played some replays to reinforce Tony’s comment.

One thing Romo was wrong about early in the game was that he believed both quarterbacks would be able to figure out the opposing team’s defense. He was right about Brady, but wrong about Mahomes. Patrick and KC were not able to make any adjustments to beat the Bucs defense and took a hit all night.

Although the Chiefs showed their ability all season to rally from behind late, Romo said at halftime that it would be a lot tougher this time. He was obviously right.

Romo cuts to the chase.

Romo said what he felt is the reason that the Bucs turned things around completely after starting 7-5.

The ex-Cowboys quarterback told viewers that after losing to KC in November, the Bucs trashed all their “cool plays,” sticking only to the ones that worked. They went undefeated from there. Another change Romo shared with the audience was Brady now looks for the running back instead of looking deep after his first option.

Nantz and Romo were cheerful, energetic and personable. When a scantly dressed male fan ran onto the field and gave it a pretty good sprint, Nantz joked that it was the “best run of the night.”

Overall, the game wasn’t the epic we hoped it would be. Yet the CBS broadcasters came through in a big way. They earn an A+ here.