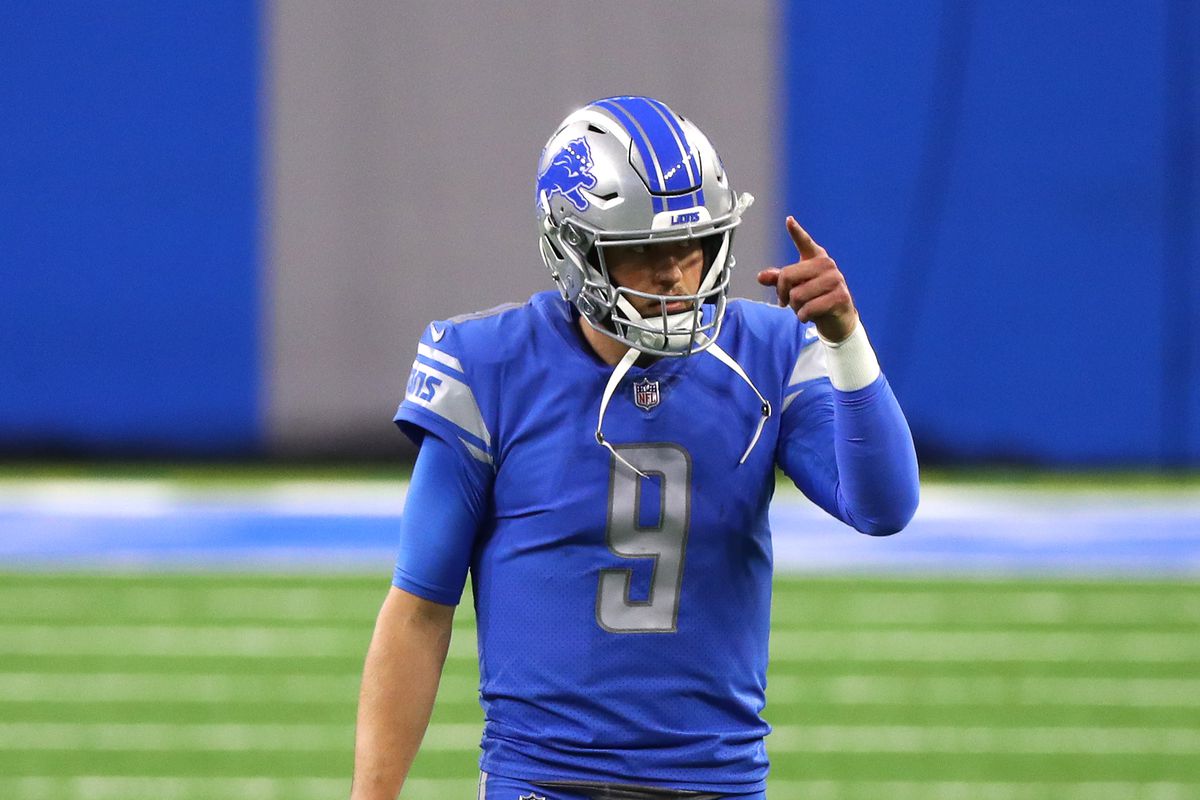 Super Bowl LV may be on the horizon, but with the offseason having already begun for the remainder of the league’s 30 teams, it’s been a hectic week full of rumors, trades, and bizarre storylines.

On Saturday, the NFL world erupted at the news of a major blockbuster trade between the Detroit Lions and the L.A. Rams, in which the two teams swapped starting QBs. When the deal becomes official on March 17, the first day of free agency, longtime Lions QB Matthew Stafford will trade places with Rams QB Jared Goff. The Lions will also acquire a 2021 third-round pick and first-round picks in 2022 and 2023, leaving L.A. without a first-round pick until 2024.

Considering the stark contrast between Stafford and Goff’s ages and accolades, many sports media personalities voiced their disbelief in the seemingly lopsided deal. Stafford, 33, has never won a playoff game in his twelve years in Detroit, while Goff, 26, took L.A. to the Super Bowl in 2019. Still, despite his lack of playoff success, Stafford’s reputation around the league is quite strong. The Lions have failed to put a winning product around him for over a decade, and it’s no wonder the veteran is looking for a fresh start after finishing the 2020 season at 5-11.

Since news of the trade broke, the media has weighed in on the implications for both franchises and the futures of both QBs.

Rothstein highlighted Stafford’s accomplishments during his tenure in Detroit and his unparalleled toughness that made the Lions somewhat competitive even in their worst seasons.

“It’s almost hard to remember a time without Stafford. And so often he was underappreciated in Detroit for his durability and skill. The Lions didn’t win as much as they would have liked with him, but far too often that was not his fault.

“Too often, Detroit had subpar running games and porous defenses to complement what he could bring offensively. Yet it still felt like with Stafford, even if the team had holes in so many other places, Detroit had a chance.”

After Twitter erupted with takes that the Rams gave up far too much in the deal, NFL coaching legend Tony Dungy took to Twitter to provide an alternate element to the story, Goff’s relationship with Lions GM Brad Holmes.

“People are saying Rams gave extra to get out of Jared Goff’s big contract but Lions GM Brad Holmes was with LA when they drafted Goff. He may believe in him & feel Lions are getting  a 26 yr old who’s been to a SB & will grow into a franchise QB. If that happens its a GREAT deal.”

Iyer summarized the implications of the trade for the futures of both teams.

“The Rams’ acquisition of Stafford came at an expensive opportunity cost. The Lions didn’t want Stafford, got their intended high picks for the long term and a decent QB option for the short term. The Rams can win only so many more games with Stafford, while the Lions can have pride for “winning” the trade.”

In recent weeks, the relationship between the Houston Texans and their franchise QB Deshaun Watson has grown increasingly bitter. Watson has made it extremely clear that he wants out of town, while new GM Nick Caseiro has made headlines for openly expressing that the team has “no interest” in trading the QB. What’s worse, JJ Watt, the longtime face of the franchise, may also want out of Houston, though his relationship with the team doesn’t appear to be nearly as sour as Watson’s.

With a tumultuous offseason ahead for the Texans, the media has continued to weigh in on the latest rumors and potential landing spots for both stars.

Blinn dismissed any hope for a future between Watson and the Texans, writing that although the organization may be expressing their hopes to retain the QB, Watson possesses the leverage he needs to negotiate his exit.

“Watson, whose four-year, $156 million contract runs through 2025 with a no-trade clause, has most of the leverage in this case, and is reportedly “dug-in” on being dealt. The Texans can do little more than fine him if he refuses to show up, though NFL Network reported that he’s willing to “sit and lose money.”

Fisher provided a summary of Watt’s value should the Texans decide to deal him elsewhere for next season.

“Watt is just 31, remains about as effective as any Texan on either side of the ball, and would offer foundational value for the new coach/GM to everywhere from the locker room to the community. … especially in trying to put the present “trash” environment – Watt’s own characterization – behind them.

“But the “trash” hasn’t been hauled away.

“Watt, a three-time NFL Defensive Player of the Year, is due a $17.5 million non-guaranteed base salary and has said he is frustrated with the state of the team.”