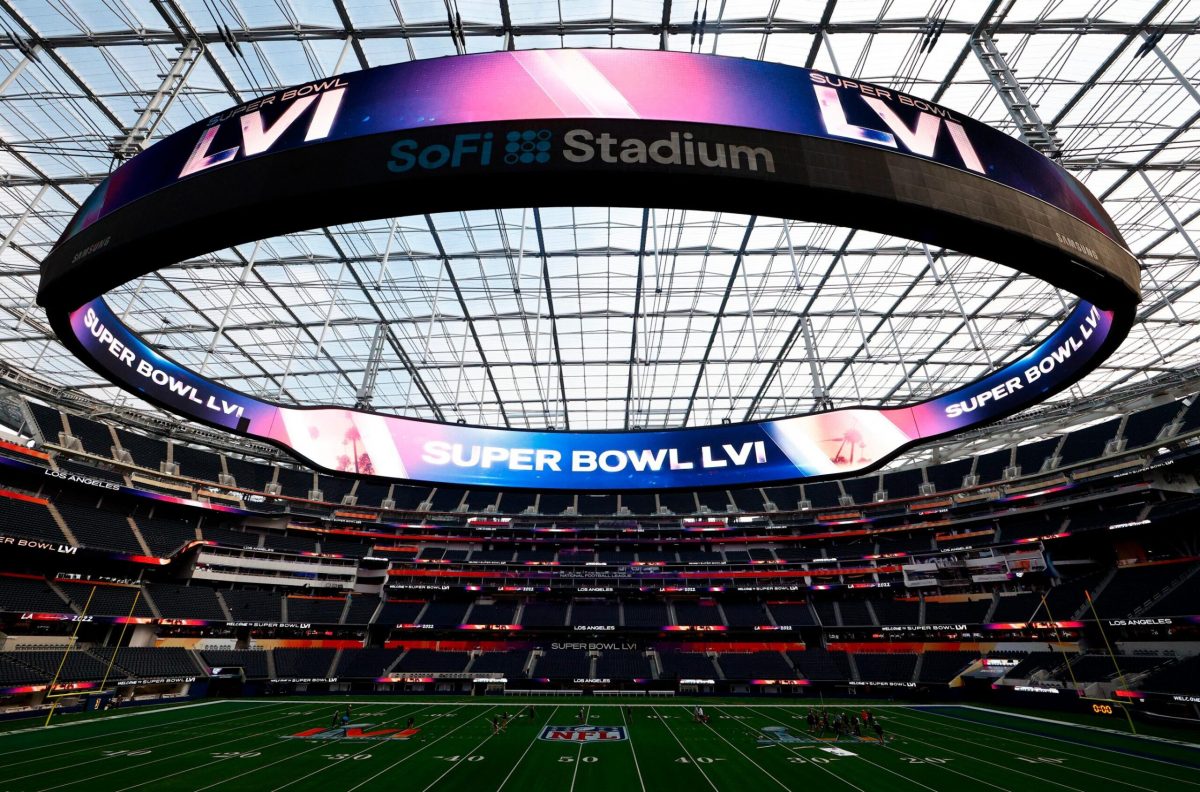 The NFL’s 102nd season brought upon significant change. Whether it was adding a seventeenth game, fans elbowing back into stadiums or fresh vaccine guidelines, this season has proved to be one of acclamation.

One aspect of the NFL product that’s guaranteed to succeed is Super Bowl LVI between the Rams and Bengals. Season-long narratives will conclude as the campaign reaches its climax. Yet this does not end the discussion of various topics that have been hot-button issues.  From a broadcast perspective, the subject of conversation has all eyes on NBC’s broadcast crew. Sideliner Michele Tafoya is leaving after the big game. Cris Collinsworth is staying and Michaels, according to reports is slickly negotiating where he wants to land. If he’s hired by ESPN, he’ll do at least one more Super Bowl, when its Disney’s sister turn on ABC. What comes around, goes around. Uncle Al did his first at ABC in 1988.

Without question, the elephant in every media room surrounding the NFL’s biggest event of the year is the issue of social justice and whether the NFL and its teams are properly enforcing the requirement for diversity, equity, and inclusion. While this has been a looming topic, the conversation of racial inequities reignited last week when former Dolphins’ head coach Brian Flores announced that he is suing the New York Giants, Denver Broncos, and the Miami Dolphins, claiming bias in coaching searches. Flores’ claims that the Giants, Dolphins, Broncos, and NFL itself acted discriminately. Initially, all parties denied the charges. This lawsuit stemmed from text exchanges between Flores and Patriots’ coach Bill Belichick, in which Belichick congratulated Flores for being hired as the Giants’ new coach before even being interviewed. Belichick then realized that he misread information given to him and told Flores that the Giants were hiring Bills’ offensive coordinator Brian Daboll before Flores even interviewed.

With only two active black coaches in the NFL (of 32 teams), the diversity issue reflects poorly in NFL locker rooms. While a discussion of this topic is not likely to arise within the play-by-play context, it might come up during peripheral programing.  Being an enormous topic involving the NFL’s reputation as an organization and as collective member teams, do expect this conversation to come up somewhere during Super Bowl programing on networks be they NBC or others.

On a more football related note, it is hard to discuss the NFL without mentioning its biggest star of the last 20 years, Tom Brady. Announcing his retirement on February 1, Brady left the NFL with seven Super Bowl titles, five Super Bowl MVP Awards, three regular season MVP Awards and fifteen Pro Bowl nominations. Brady exited the field after a divisional loss to the Rams as the greatest quarterback to ever play, yet in Brady-fashion the door is still open for a return.  Brady recently said he would never rule out a comeback to the NFL, leaving many to wonder if or when he will return.

Being the biggest star the NFL has seen in the modern era, expect Al Michaels and Cris Collinsworth to discuss when apt and in some granular detail, the career, legacy, and comeback of Tom Brady. The central discussion between this announcing duo to be centered around the game at hand. I would also expect Brady’s exit from football to be discussed among other football related topics during the pregame show, describing his accolades, sharing iconic stories and congratulations from some of his former teammates and rivals.

Despite off-field action playing a serious role in the build up to the Super Bowl, the Bengals and Rams offer their own unique narratives that Michaels and Collinsworth will dip their pens into to drive more entertainment to a game that should already be considered hotly contested.  One such narrative that has persisted throughout the playoffs has been Bengals’ quarterback Joe Burrow who has developed into the face of the franchise, bringing hype to Bengals’ football for the first time in decades. With streets being ceremoniously named after him and his teammates, the revitalization of celebratory cigars and his infectious swagger winning over fans across the country, Burrow has not taken long to make his name famous.

On the other sideline, the question surrounding the Rams’ locker room prior to the big game is whether the gamble on trading for Matt Stafford will pay off.  Giving up current Lion’s quarterback Jared Goff along with several first-round draft picks, the expectation in SoFi was Super Bowl or bust. Luckily for them, only sixty minutes of play separate them from meeting their goal or going back to the drawing board.  The talent of Stafford is unquestionable, but will the Rams’ talent finally finish the job?

Expect Michaels and Collinsworth to dissect every coaching decision by Sean McVay and every play by the Rams’ stars, including Stafford, through avid telestrator-use, repeating the expectations, along with speculating what will come next if they do not add to Los Angeles’ recent title game success.

And, oh yes, the three actors will likely all be elsewhere this fall. Cris Collinsworth will be back at NBC, Michele Tafoya plans more reportorial work and Michaels will be somewhere.

The Super Bowl leaves no room for a dull moment, although there have been a few routs too. NBC should have its hands full, broadcasting the game along with promoting the ongoing Winter Olympics. Multitasking isn’t an easy challenge, but it will surely bring a lot of eyes to the Peacock family.