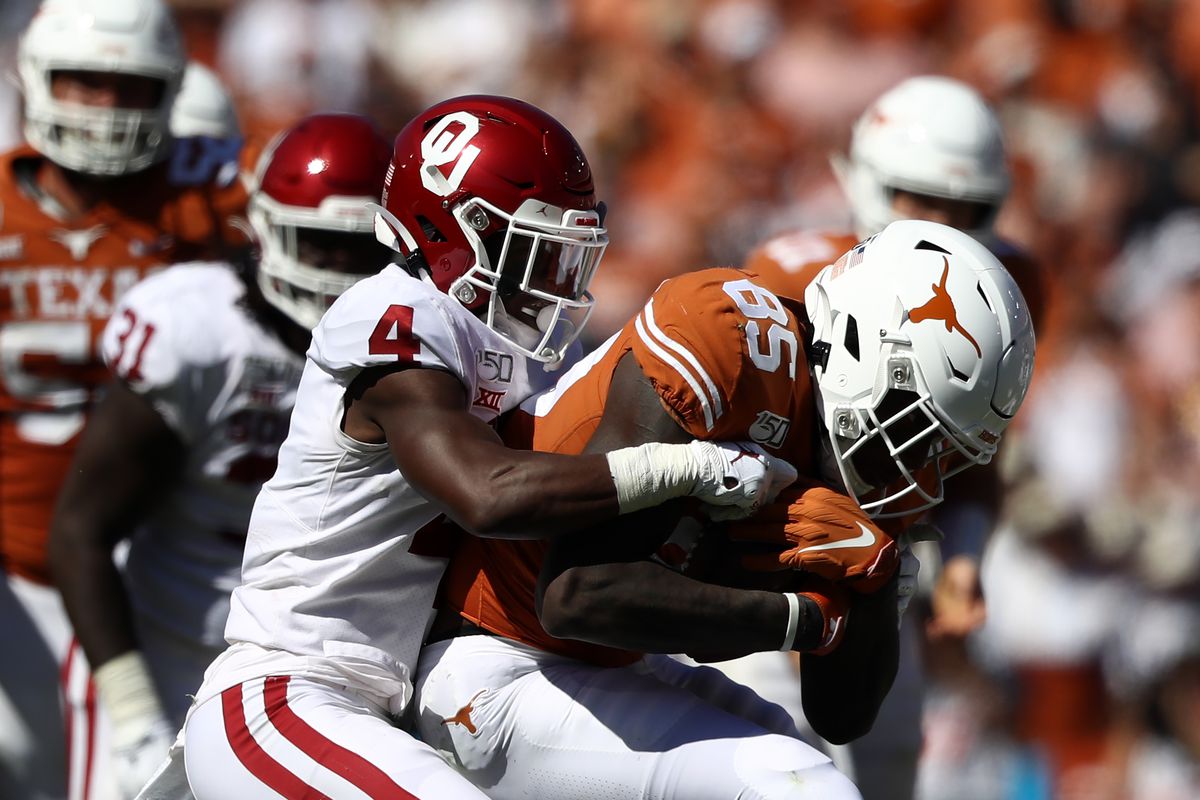 Texas’ and Oklahoma’s move to the SEC is official. Both schools announced that their Board of Regents have unanimously accepted the conference’s invitations. This move says a lot about the priorities of college athletic departments and how the future landscape will look.

At this point, it appears that Texas and OU will play in the Big 12 through the 2024 season, when the conference’s current media rights deal expires. It sets the stage for the two powerhouse programs to join the SEC just one year into their mega deal with ESPN. The contract reportedly will pay the conference $300 million a year, over 10 years.

There was a whopping number too which suggested that ESPN will be paying the conference $20 million per weekend. Yikes!

The SEC’s new 16-team super-conference appears to be a mutual win for all participants. ESPN adds two more blue-blood programs to its already rich college football menu. Texas and OU add to the bevy of the network’s enticing matchups that SEC will showcase, making the conference and ESPN the epicenter of college football.

For the Longhorns and Sooners, this rocking decision came about after they forecast what the future of college sports looks like. The two programs view themselves as national powerhouses given their rich heritages. Neither wanted to lag behind other big-time football schools.

The Big 12 has now turned into a dichotomy, Oklahoma and Texas, then everyone else. The mediocrity of the league as it is now composed suggests that the league’s TV rights will take a hit. The number one motive of the schools, behind all of these moving parts is quite clear: money, hard dough. ESPN will own mega-rights and most everything on fall Saturdays.

Among the Power Five conferences, Fox primarily airs coverage of the Big Ten, Big 12, and Pac-12, and holds rights to the Big Ten and Pac-12 championship games (with the Pac-12 rights alternating yearly with ESPN/ABC). Texas and OU get their pieces of the TV money-pie.

A big factor in all this is that the players how have a stake in this.

College athletes were recently given the chance at benefitting from their Name, Image and Likeness. The Supreme Court’s decision certainly played a role in the move by the SEC to a super-16 conference. The NIL issue is of concern to all schools because national or local sponsors doing business directly with the schools  could re-target its budgets from the schools directly to athletes who’ll be cashing in on NIL. The big TV money protects in some way a drop in direct sponsorship revenue.

SEC’s mega conference will create highly-anticipated matchups between traditional powers, leading all eyes in the sport to their games and which will be made available somewhere on ESPN’s family of networks. It includes streaming, TV’s future. The best conference, the best teams and the largest TV contract lead to the most opportunity for players to benefit from NIL. The top programs will use NIL opportunities as leverage to attract top recruits. A huge season for Texas and Oklahoma will mean more in a 16 team SEC than the Big12.

The effects of this move will trickle down through all aspects of college athletics. What happens with the remaining eight teams in the Big 12? Who knows? They could look for outside programs to join them such as Houston, SMU and others. However, it may not be the best option financially for the individual programs, as an already struggling conference would appear even weaker.

Another option for the remaining programs would be to look for greener pastures elsewhere. The Big Ten, Pac-12 and ACC could potentially all be looking for new partners to compete with the 16-team super-conference. It is clear that these decisions will come down to one thing and one thing only, money.

College athletics is continuing in a rat-race path, every program will do what is in its best interest financially and broadcast rights are the biggest part of the national revenue.

Story by Tim Brando on the two schools’ migration to the SEC: