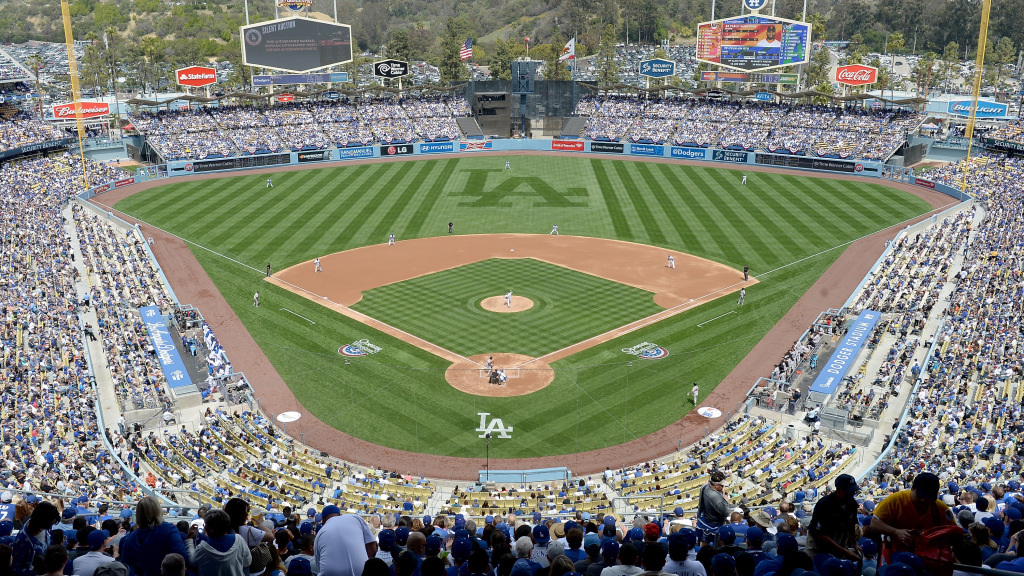 The recognition of these play-by-play broadcasters is based on accomplishments that have set them apart from others who also worked for the same team:

His own colleagues have said, “Scully is on another planet.” He was blessed with all the tools, yet never took anything for granted. Scully prepared methodically, read voraciously and built a trove of anecdotes. For 67 glorious years, Vin painted vivid descriptions on radio and stamped succinct captions on television. He always had the apt story and told it eloquently, entertainingly and in an economy of time. He is forever the Voice of the Dodgers, if not the Voice of Baseball. Even today, in retirement, Vin’s memory is brilliant, his curiosity is insatiable and he remains a sponge for information.

A slight man who had a big heart, Harwell had a soft call, sweet voice, love of the game, lyrical-like presentation and was a steady presence with the Tigers. From the inner-city of Detroit to the northern reaches of the Upper Peninsula, game-time meant Ernie time for 42 seasons. His welcoming voice comforted Michiganders and nurtured their love for baseball.

He had the gift of gab and a neighborly friendliness that made him St. Louis’ most popular broadcaster of any sort, if not the town’s top personality. He started in the 1950s, unflappably out-survived his flamboyant partner Harry Caray and by 1970 was the indisputable Voice of the Cardinals. There was nothing flowery about his call. He kept things simple, upbeat and friendly, right to his dying day in 2002.

During the baseball season, the Reds and Marty Brennaman are synonymous. He arrived in the Queen City in 1974 after doing minor league baseball in Virginia. Cincinnati fans digest his comments on radio assiduously. In his 45 years with the team, he has become a trusted source; not afraid to either praise when earned or criticize when warranted. Marty’s call is graphic and he’s loved by the fans. Still, one will accuse him of being a homer.

Mel called Yankee games during the team’s unforgettable post war years when the Bronxites were indeed the bombers. In his years behind the mic, the Yankees won 12 World Series. An overpowering, inviting and warm voice, Allen was beloved. His How ‘bout that! and Going, Going Gone are part of Yankee lore. Phil Rizzuto might have been treasured by the many he entertained in his 40 years calling the team’s games. Still, Mel will always be canonized with the irreplaceable moniker, Voice of the Yankees.

An actor, former player, commercial spokesman and 84 years young, Uecker has been in the Brewers’ broadcast booth since 1971; the second season the franchise was in Milwaukee. When his first partner Merle Harmon left after the 1979 season, Uecker became the de facto number # 1 man in the booth. Uke works his craft, presents the broadcasts rhythmically and weaves in humorous lines. At this point, 48 years on the job, he’s as big a name in Wisconsin as Lombardi, Favre and Rodgers.

You might cogently argue that Brickhouse is the father of televised baseball. He was the Voice of the Cubs for television’s first four decades, the 1940s until 1981. No broadcaster did as many baseball games on television in the formative years of the video medium. Trained accordingly, Brickhouse spoke in measured intervals. Cub fans still remember his classic line of loyalty, “I don’t care who wins, as long as it’s the Cubs!”

In 1954, the St. Louis Browns moved to Baltimore where they were renamed the Orioles. The mellifluous Thompson whose voice was as soothing as a pleasant summer night, presided over the Orioles mic for a couple seasons and then returned for 26 straight beginning in 1962. He came out of retirement in 1991 and worked another 11 seasons part-time. His name and honied calls glistened like star players of the past; from Brooks Robinson and Jim Palmer to Eddie Murray and Brady Anderson.

In America’s heartland, Matthews is as identified with the Royals as crops are with farms. He’s essentially seen every Royal player since the team was born in 1969. Then, at age 26, he was hired as a sidekick to Buddy Blattner. In 1976, when Blattner moved on, Denny became the team’s #1 broadcaster. No announcer in the American League has ever built the robust seniority that Matthews has, 50 years!

For a man who spoke only when he had something to say, the baritone advanced a strong tie with Phils’ fans in his 39 years in the booth. Harry’s unhurried cadence fit perfectly with baseball’s timelessness. His sepulchral voice captured big moments captivatingly. The relationship he developed with his popular partner Richie Ashburn also strengthened his bond with viewers and listeners. Kalas and Ashburn were honored with twin bobbleheads.

An original voice of the Mets when the franchise was born in 1962, Murphy was a fixture behind the mic for over forty years. In later years, he worked only on radio. In early seasons, he was on TV too. The radio booth is now named in Murphy’s honor. When he passed in 2004, it made the front pages of the New York tabloids. After Mets’ wins, Murph bellowed, “We’ll be back with the happy recap.”

Like Matthews, Niehaus began on day one with the Mariners in 1977. Admired in the Pacific Northwest, Dave, or ‘The Haus’ as he was occasionally called, learned under mentor Dick Enberg. Dave called well over 5,000 ballgames. Niehaus, the team and Seattle baseball fans grew up as one. ”My oh my” or “fly away’ were the signature lines that Mariner fans anticipated.

Carneal arrived during the Twins second year in Minneapolis in 1962 and remained the Voice of the Twins through 2006. He won 20 Minnesota Sportscaster of the Year Awards. When Carneal passed in 2007, players wore patches on the sleeves of their uniforms. From the days of Harmon Killebrew and Rod Carew to Kirby Puckett and Chuck Knoblauch, Carneal was a Twin-Cities institution.

Brooklyn bred, Nadel was hired by the Rangers in 1979. In the 40 seasons since, he’s worked mostly radio and some television. You have to be pretty well liked by the team and its fans to earn a lifetime contract. Nadel has done just that. Eric also learned to speak Spanish fluently and has occasionally guested on Rangers’ Spanish broadcasts. Ask Rangers’ fans what “That ball is history” means and they’ll immediately tell you it’s Nadel’s homerun call.

In 1972, Coleman joined the Padres’ broadcasts, after seven seasons with the Yankees (1963-69) and some part-time work with the Angels. He served behind the mic through 2013. (with one season away in 1980 to manage the club).  Loved by San Diego fans for his brassy voice and irrepressible enthusiasm, his tendency for spoonerisms and malaprops was unintentionally entertaining too. (“He’s throwing up in the bullpen” or “He’s on first and always a threat to grow.”)

“All we need is a bloop and a blast,” was the Gunner’s cry when the Pirates were down a run. The gravelly voiced Prince sprinkled in nicknames too, beginning with his reference to the Pirates as “The Buccos.” Bob arrived in the Steel City in 1948 and was let go by the rightsholder, Westinghouse, after the 1975 season. Fans were irate. Many marched in front of Westinghouse’s headquarters downtown to protest his dismissal.

Arizona, Tampa, Washington: Clubs too young to declare “Franchise Tags” at this point

In parenthesis is the number of years each of these announcers have spent with their given teams.

When I think of Mets it’s got to be Lindsey Nelson. He was part of the original team and spent 17 years behind the mic. He was also more nationally known for his Norte Dame replays and network football coverage. The combo put him in more of a spotlight than Murph, who was also the consummate professional and certainly worthy of recognition as one of the Mets all-time voices. I agree, Cleveland would be tough with the likes of Ken Coleman, joe Tait, Tom Hamilton and Jimmy Dudley all in contention. I’d go with the Hall of Famer Dudley. In… Read more »

You’re making good points. Murphy was with the Mets for some 4 decades – and on TV 20 of those seasons. And to your point, Cleveland,San Francisco and Atlanta have had many announcers – not one clear choice. The White Sox’ voice is one I struggled with a bit. The commander was there 25 years….Hawk Harrelson – 33 seasons through 2 different tenures – You’re making astute points but I wanted to cut it off at 16. Elson would likely have been 17 –

I am enjoying this site more than I can say, and this kind of article is one of the reasons. I can’t fight either Mr. Halberstam or disagree entirely with Mr. McKillips. I’ll give you one to think about: Jaime Jarrín, now in his 60th year with the Dodgers, exemplifies them to Spanish language listeners just as much as The Vin (I think he’s such royalty that he’s earned that appellation!) did for the Anglo side. It’s interesting to ponder that as beloved as Harry Caray was, he is not–I think correctly–considered the franchise voice of the Cubs or the… Read more »

As for Dave Van Horne, I can’t say I heard lots of him in Montreal. I understand that he was liked up there. But the Expos no longer exist. Living in Miami, I can only share what I hear and what I’ve gleaned. When Van Horne arrived in town, the late and brilliant talk show host, Neil Rogers and the knowledgeable sports media critic of the Miami Herald, Barry Jackson, were quite critical of Van Horne. Rogers referred to him on-air as Dave Van Boring and/or Dave Van Yawn. Neil would say things like, “great voice and it ends there.”… Read more »

David:
I love the site and love the article on franchise tags, but disagree on leaving Atlanta out…Skip Carey deserves the nod – he was great and given the fact his son has succeeded him gives him an edge over Ernie Johnson, Sr. & Pete Van Wieren, although I can’t argue with all three.

No list is complete without the Yankees’ Phil Rizzuto … such a distinct, engaging style. Even if you didn’t like baseball, the “Scooter” kept you entertained.

The Astros had two outstanding play-by-play announcers on radio and one on TV. Gene Elston was the original voice of the Colt 45’s then the Astros from 1962-1986. A true pro who always shared both sides of the story. Milo Hamilton was with the Browns, White Sox, Braves, Pirates, and Cubs, but he was in Houston the longest (1985-2012). His signature, “Holy Toledo” and great enthusiasm in the booth resonated with Astros fans for many years. Bill Brown was the TV voice from 1987-2016. His pace, diction, storytelling, and dissemination of information was a marvel.

David, That’s a great article. I would suggest Ned Martin at the Red Sox is the iconic figure who lived through Curt, Ken’s and Dick’s stops at the Red Sox. No one better at painting a picture and capturing the excitement with the simple words, “mercy!”

David great article. I think that NedMartin deserves inclusion at the Red Sox. He lived through Curt, Ken, and Dick while always retaining smart witty description and capturing excitement with a simple word “mercy!”