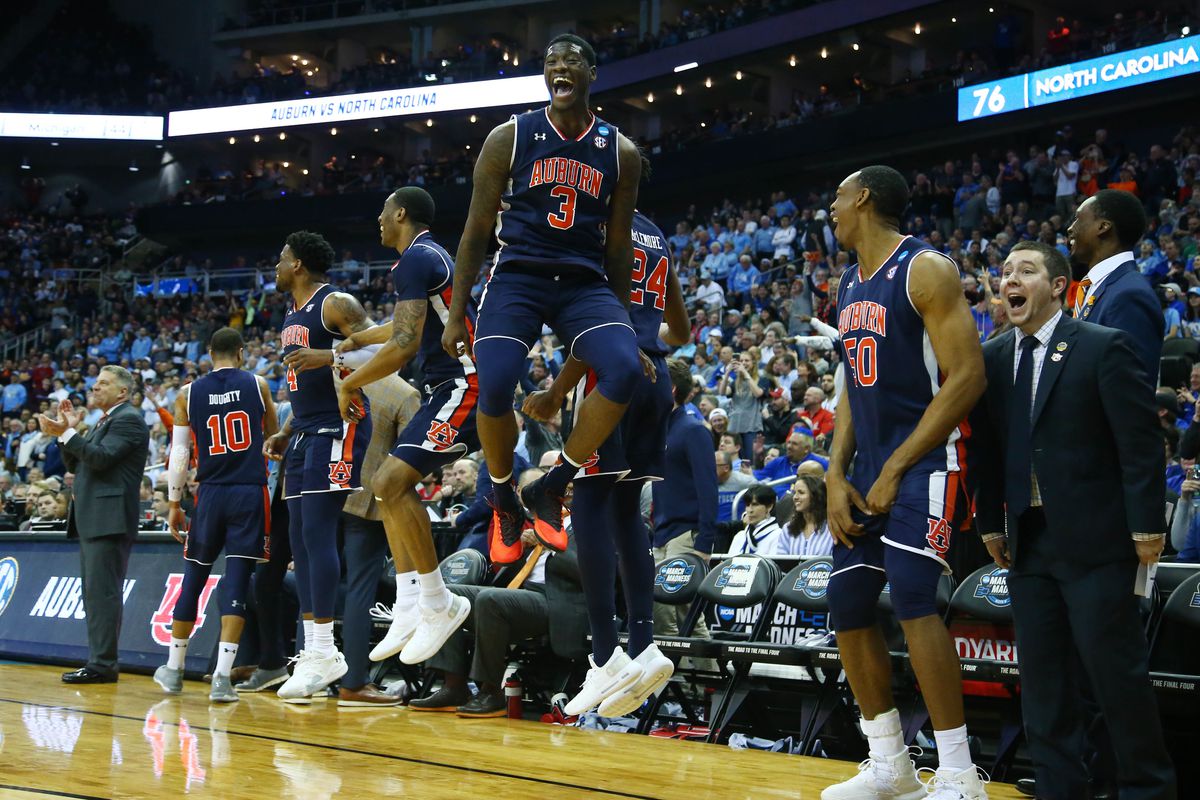 So we’re down to the Elite Eight, beginning this evening at 6:09 Eastern from Anaheim.

Last night was somewhat characteristic of a Sweet 16, an amalgamation of television, replete with entertainment, color, emotion and heartbreak.

The stinging injury suffered by Auburn’s Chuma Okeke silenced the Kansas City arena and millions at home watching it on TBS.

Sideline reporter and Minnesotan Jamie Erdahl did a good job interviewing both coaches, Auburn’s Bruce Pearl and North Carolina’s Roy Williams. It didn’t take much probing to get Pearl to gush with emotion and Jamie as such knew to back off. The animated coach had endured an unimaginable mental roller-coaster; an uplifting win over the number one seed and a painful and numbing setback losing Okeke with whom Pearl has obviously fostered an indelible personal bond.

At the start of the interview, the coach’s eyes sparkled with delight as he absorbed the warmth of supporters in the stands. Not more than a minute or two later, the very mention of Okeke by Erdahl had Pearl saddened to tears and struggling to utter his heartfelt words.

Later, Erdahl spoke with Carolina’s Williams in the building’s walkway, outside the din of the noisy arena. Williams was typically gracious, praising Auburn  for its ability to beat the Heels at their own upbeat tempo. When Jamie asked about the effect of player illnesses in the days leading to the defeat, Williams looked for no excuses. He parried any attention on  his team, focusing instead on his own coaching.

Jamie then tactfully asked what he and Pearl discussed during their handshake after the game and Williams gently said it was about the concern for Okeke.

In the studio meanwhile, the injury tempered the jolliness of ex-Auburn star Charles Barkley and his good-natured ribbing with set-mate Kenny Smith, a former Carolina guard.

Conclusions were left for the viewer. Williams had just designed a perfect play, a curl around a baseline screen for Hill that enabled the inbounder to deliver a room-service pass. Ahmed caught it seamlessly but missed the shot from point blank range.

Time, if anything, will be the only healer for Hill and the Hokies.