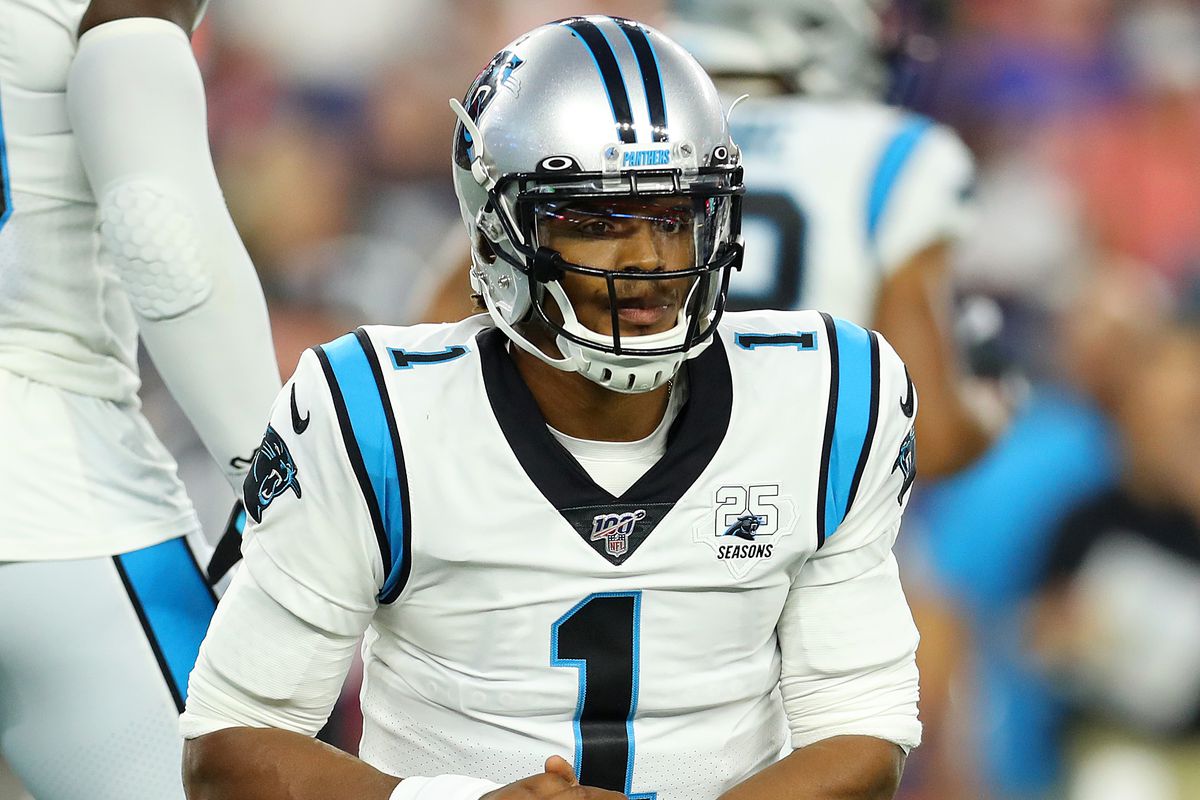 The newest member of the Patriots is Cam Newton

Legendary NBA player Kobe Bryant once exclaimed, “Turn every setback into a comeback.” In 2015, Cam Newton was unstoppable. He won the NFL MVP Award and led his Carolina Panthers to a 15-1 regular season. Following a 2016 Super Bowl defeat at the hands of Peyton Manning’s Denver Broncos, Newton’s career has gone up and down.

Early in the 2019-20 season, Newton suffered a season ending Lisfranc injury in his foot. On March 24th of this year, after nine campaigns with the Panthers franchise,  Newton was released. This past week, on June 29, Bill Belichick and the New England Patriots signed Cam to a one-year deal.

A healthy Cam Newton now has a chance to prove himself a superstar once again. Will Newton be able to fit into the potent Patriots offense and fill the void  left behind by Tom Brady? What happens if Newton re-injures his foot? Will Newton even start week one? Does Newton have the prowess and skill set to become an MVP candidate once again?

Numerous questions remained unanswered when Newton took center stage this week. The talkies also had a great deal to discuss relating to COVID-19, the NBA, and college football…

“The GOAT Stephen A. Smith is the reason why I tune into ESPN. Pure facts and entertainment.”

“I’m going to start telling people we’re related if that’s cool with you.”

“If Belichick knows what’s good for him, he’ll allow Cam’s “Superman” celebration. To my knowledge, no Patriot Way star has ever had a consistent signature celebration (Gronk’s spike wasn’t a new idea). But Cam’s is part of who he is, what fuels him…and fuels the team.”

“I’m getting so paranoid, I wouldn’t mind seeing the NFL eliminate all preseason games this year, to maximize the chances of avoiding outbreaks before Week One. College football allows zero preseason games, and no one ever complains about that.”

This past Thursday on Undisputed, Skip praised Kawhi Leonard on his abilities, both offensively and defensively. He’s the best two-way player on the planet.

“The Lakers are not winning the NBA Championship this season. The only question is when they lose to either the Clippers, Bucks, or Celtics…The Lakers playoff hopes are down to LeBron, AD (Anthony Davis), Danny Green, and cross your fingers.”

“Never forget. If Belichick really wanted Cam, he wouldn’t have waited until everyone else passed on him. This was really a value acquisition as much as a talent one. He was free.”

Responding to Randy Moss’ comments that the Patriots offense will be more fun with Cam Newton: “Sports are fun if you win…Nobody in New England is going to have fun winning nine games and finishing second to the Buffalo Bills.”