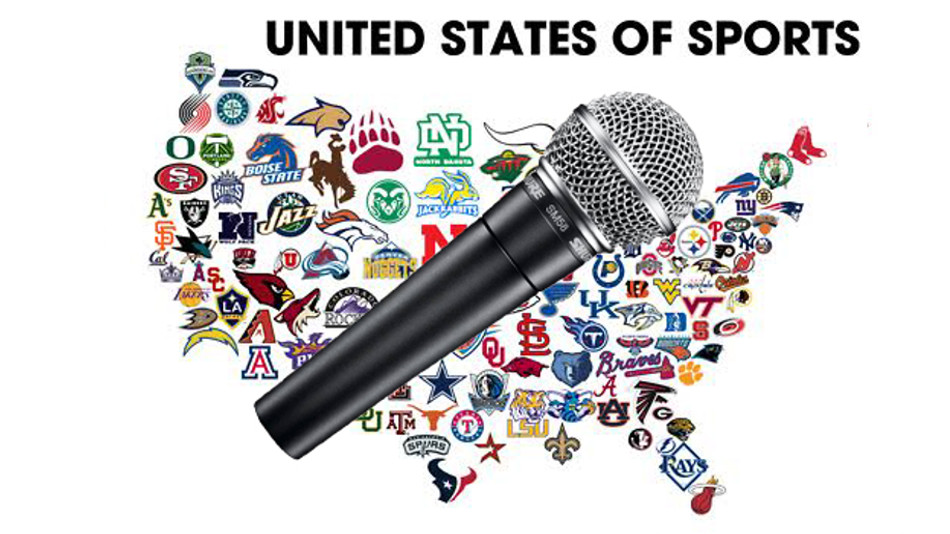 Based on marketplace merit, durability, edge, warmth, artistic contribution, distinction and style – these are Halby’s  top 5 play-by-play announcers in each  of the top 10 DMAs (designated market areas).

The list in each market is spelled out in alphabetical order. Some markets are easier to grade than others .

Popularity of both sport and team market by market  is also a consideration. There are no right and wrong answers because play-by-play is both a science and art. The science is the use of nomenclature, pace and fundamentals and the art includes warmth, proper pausing, bond-building  and storytelling .

Atlanta is a difficult market. I just wish I could have squeezed two people into each of the last few airline seats; Bob Rathbun, Al Ciraldo and Ernie Johnson, Sr.  Yet the selected quintet covers years of the Braves, Falcons, Hawks, Georgia and Georgia Tech.

A market rich in heritage and one that has been the longtime home to two MLB and NFL teams, in addition to two PAC 12 schools. The choices are unending; from Monte Moore, Joe Starkey Ted Robinson, Hank Greenwald, Don Klein and Tim Roye to others.

Marc Vandermeer merits consideration, the only voice that the Texans have ever employed but he pales to the others in the category of ‘time in grade.’

Other names that come to mind are Ron Weber, Bob Carpenter , Steve Buckhantz  and Bob Wolff from the old days of the Senators. (This list consists exclusively of  play-by-players for teams associated  strictly with D.C. Announcers for Baltimore or Maryland teams were not considered. As such, the Orioles’ Chuck Thompson or Maryland’s Johnny Holliday were not in the mix.)

There are others worthy of thought, including Chuck Cooperstein, Ted Davis and Bill Mercer. Another legend was the late Kern Tips who voiced the old Southwest Conference football games. His broadcasts would reverberate through Texas, off porches and out of car radios, when television coverage was limited. Neither MLB, the NBA or the NHL, has been in Dallas yet fifty years.

Others on the radar are Gene Kelly, Gene Hart, Marc Zumoff, Jim Jackson, Tom Saunders and  Tom McGinnis. Richie Ashburn was loved but his play-by-play was limited.  He was considered more of a color commentator and analyst.

This might be the easiest market to grade. No compunctions about leaving anyone off the top 5 list.

This is America’s largest market with a long and glorious sports broadcast history. There have been so many who deserve consideration from older names like Lindsey Nelson and Phil Rizzuto to current names like Sam Rosen, Gary Cohen, Mike Breen and Michael Kay. You might ask about Vin Scully and Russ Hodges who are Hall of Fame announcers. Their years on New York’s airwaves were limited. (From a basketball equivalent, you might argue that Dwayne Wade is the Miami Heat’s best player ever, not LeBron James or Shaquille O’Neal because the scope of consideration is limited to their performance and contribution to the Heat, not other teams.)

I do think Lloyd Pettit, the longtime popular Blackhawks (and Cubs to a lesser extent) voice should not be forgotten.