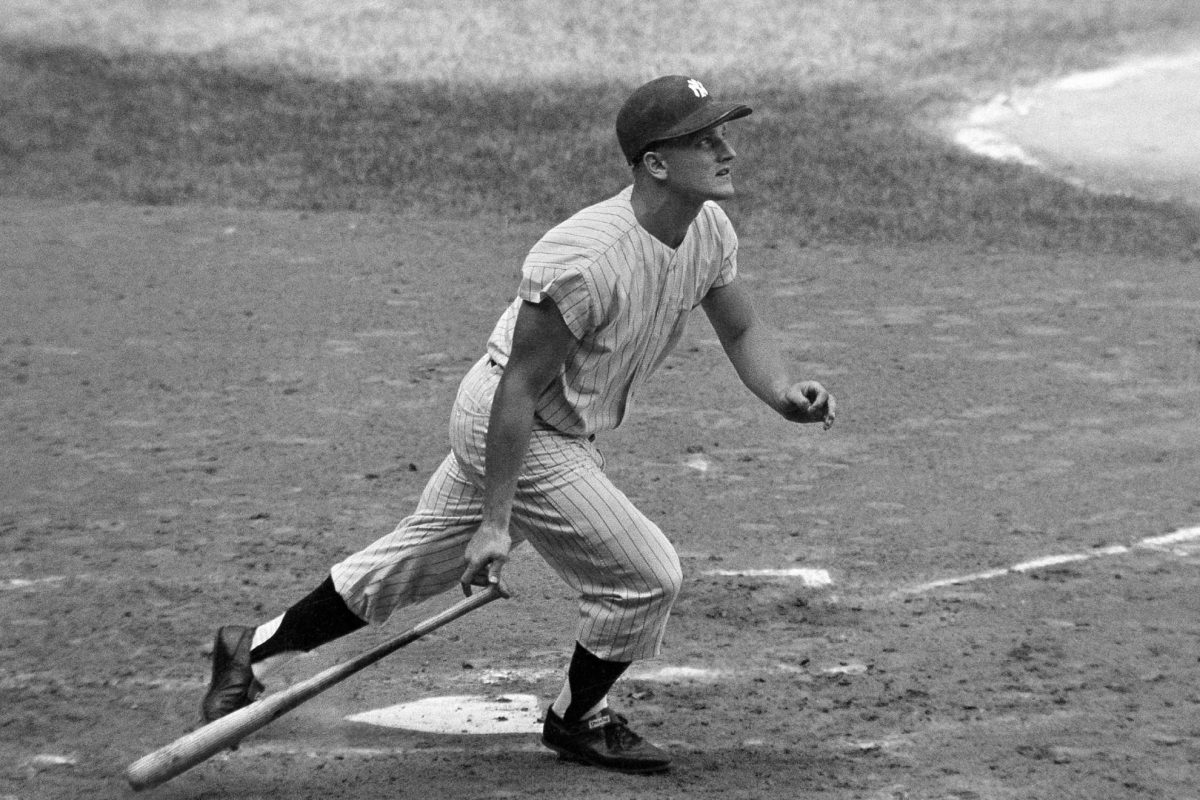 Roger Maris watches his 61s sail historically into the right field seats in the fourth inning of the final game of the regular season in 1961.

As the baseball award season approaches, let’s look at record books to relive some iconic moments, players and teams. Even though the seasons are in the rear-view mirror, sports never cease to amaze, with tremendous records and impressive displays of talent regularly. Sport is one of the most unifying cultural pillar in America today, bringing people together of all backgrounds, appreciating greatness and being a part of something far bigger than any individual. With that being said, let’s identify some of sports’ most historic moments this week. 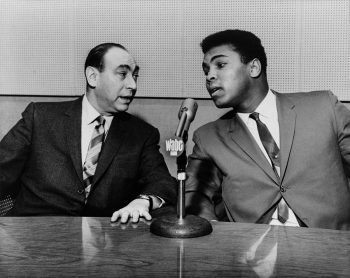 In this bout that is often recognized as one of the best performances from “The Greatest,” Muhammad Ali, defeated Cleveland Williams in three rounds by TKO to win the heavyweight title.  It was in this fight, where Ali introduced his signature “Ali Shuffle” showcasing his tremendous speed and footwork that made him such a dangerous opponent. Two years prior to the fight, Williams was shot in the stomach by a highway patrolman for allegedly resisting arrest and lost 60 pounds after having his right kidney removed. Once regaining the weight, Williams won four fights before facing Ali. It made for quite a comeback story onto itself. Howard Cosell got to review the fight with Ali on ABC’s popular Wide World of Sports They shaped the recorded historic story for the millions on TV. Cosell underscored, “The greatest Ali ever was as a fighter, was against Williams.” (Cosell and Ali)

The sparkling 1961 Yankees’ season, one of the team’s greatest ever, featured Mickey Mantle, Whitey Ford and Roger Maris who broke baseball’s record for home runs. The slugger registered his 61st on the final day of the regular season. Maris was recently brought back into the limelight when Yankee outfielder Aaron Judge was in the process of chasing the record set by Maris that ’61 season. Judge eventually did surpass him with 62 round-trippers. The legendary Mel Allen was the voice of the Bombers when Roger tallied his record. Mel’s broadcast partner Red Barber though called the homer on TV and Phil Rizzuto on radio because Mel wasn’t assigned that inning. Moments after the ball dropped in the right field seats, Mel joined the TV booth to capture the excitement on-air.

The New York Rangers played their first hockey game, beating the the Montreal Maroons, 1-0 at Madison Square Garden in New York. There was an early period in hockey’s fledgling years that Montreal had two clubs. The other team of course is still around, known as the Canadiens. Danny Gallivan was the team’s longtime English broadcaster, calling the games for 32 years, 1952 through 1984. The Rangers had dazzling broadcasters from John Filman, their first, through Bert Lee, Win Elliot, Marv Albert, son Kenny, Howie Rose, Jim Gordon and dominantly, Sam Rosen, still active.

In 1946, the great outfielder Ted Williams is picked as the American League MVP. At that point, Red Sox games and those of the Boston Braves were shared by one station. The Braves moved to Milwaukee in 1954 and the Red Sox had no competition in Boston. Williams developed a close friendship with Curt Gowdy who became the Sox announcer in 1951, after two years with the Yankees, Mel Allen in New York. They both loved to fish.

1956: Syracuse Running Back Jim Brown Sets NCAA Record of 43 Points in One Game

The Heisman Trophy winner is regarded as the best in Syracuse history. He scored 43 points against Colgate. The day of his six touchdowns, Brown also kicked seven extra points in a 61-7 win over Colgate.  Syracuse Football would reach #8 in the country but would lose to TCU in the Cotton Bowl for only their second loss that season. The sparkling star who donned the legendary Syracuse number 44 went on to be drafted in 1957 by the Cleveland Browns with the sixth pick overall. He earned a legendary pro career, regarded as one of the greatest running backs of all time. Bill McColgan and Gib Shanley were the two popular Browns’ broadcasters during Jim’s predominant years. Nationally, McColgan a superb voice, called the the Greatest game ever played on NBC Radio in 1958, the first that ever that advanced to overtime.

The man who broke baseball’s color barrier in 1947 went on to not only win a batting title with a .342 batting average, but also was voted the NL MVP for the 1949 season.  Jackie Robinson will long be remembered not only for his greatness as a player, but as a civil rights figure who symbolizes a spark of change not only in sports, but in American culture. In ten seasons playing for the Dodgers, Robinson recorded 1563 hits and a tremendous .313 career batting average, leading to an induction into the Baseball Hall of Fame and a league-wide uniform retirement of his #42. Red Barber was the voice of the Dodgers for Robinson’s MVP season, alongside commentators Connie Desmond and Ernie Harwell.  The legendary Vin Scully would join the Dodgers in 1950.

I believe Ken Coleman did all of the Cleveland Browns telecasts in Jim Brown’s career. He and Bill McColgan also did the baseball team there.