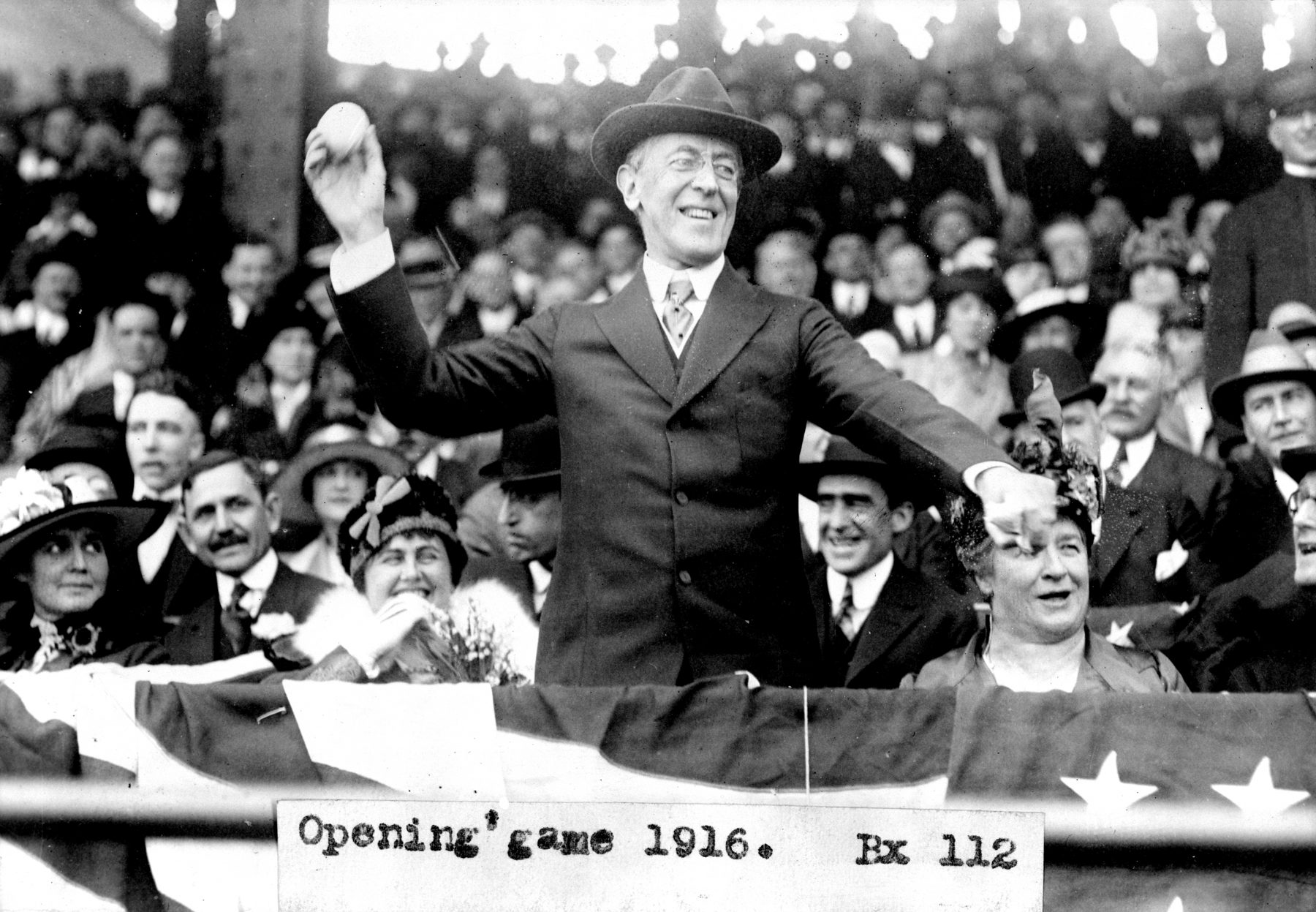 Woodrow Wilson was a Christmas week baby, born on December 28, 1856. After Appomattox, the Confederacy dead, the tyro tried to navigate through the region’s disarray, teaching himself to read. The future U.S. president attended Davidson College at 17, transferred to Princeton, headed its baseball and football associations, and got his BA at 23. Wilson attended law school at Virginia and in 1886 got his PhD, proving what Lucille Ball would one day say: “If you want something done, ask a busy person.”

In 1902, Princeton made him president. In 1906, Wilson awoke blind in the left eye, likely due to hardening of the arteries. However, when politics beckoned, the academic won a 1910 landslide as governor of New Jersey. In 1912, either Republican William Howard Taft or Theodore Roosevelt might have beaten the Democratic presidential nominee mano a mano. Instead, Wilson clobbered the GOP’s two-headed Janus, 435 electoral votes to TR’s 88 and Taft’s 8. 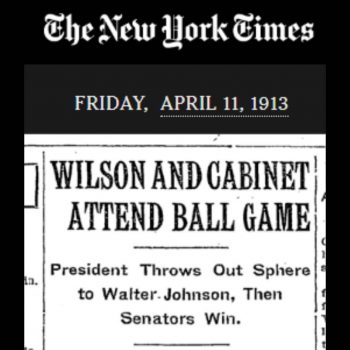 Thin, ascetic, Wilson seemed less redolent of John Wayne than Lennon. Yet the new president was so a revolutionary a football coach that he remains a founder of the modern game—from using college football gate receipts to finance other department sports to introducing “chalk talk,” plays outlined on a blackboard letting a series be run without a signal on the field. He also liked to golf, play tennis and billiards, ride horseback, and hike and bike through hilly ancestral Scotland.

Despite this, baseball always led Wilson’s roster. A page from his geometry notebook, titled “Base Ball Ground,” shows a hand-scribbled diagram. High school notes list a lineup for the Light Foot Baseball Club of 1870, which he organized and managed. Later he was Davidson’s center fielder and Princeton’s assistant manager. Before his first opener as the Nation’s “First Fan,” Wilson said he would visit Griffith Stadium as a “paying fan,” retiring his presidential pass.

An epigram termed Washington “First in War, First in Peace, and Last in the American League.” Wilson’s 1913 Opening Day briefly made it first. That April, the president saw the Senators play four times at Griffith—the most of any president ever in that month. On August 2, 1913, “Walter Johnson Day,” the Big Train aptly caught Wilson’s “opening pitch.” From 1907-27 baseball’s fastest fastball forged a 417-279 record—astonishing, given the God-awfulness of most of Walter’s clubs.

In 1914, Wilson’s wife, Ellen Axson, died of kidney failure. He wrote: “Oh, my God, what am I to do?” A year later he met Edith Bolling Galt. They wed December 18, 1915, a more proper distance then between one marriage and another. After World War I began in 1914, Wilson urged neutrality, even as Roosevelt stormed, “If he does not go to war I shall skin him alive!” Finally, Wilson addressed Congress, which backed his declaration of war. After the 1918 Armistice, he helped conclude the Treaty of Versailles—thus, a League of Nations, even as exhaustion changed the man twice elected president.

The 1915 Series marked the first time a president attended a Series. For Mrs. Galt, it marked her coming-out. They looked in full bloom—but not till 1918 did Wilson throw another pitch, his final game benefiting the Red Cross. The Washington Post bannered: President, at his first ball game in 2 years. A photo seemed to show Wilson aging 20 years in two. Increasingly, his fragility made the First Lady president. The war ended November 11, 1918, Wilson leaving from Europe to begin a cross-country train trek for U.S. Senate approval.

Weaker by the day, he refused to rest, in September 1919 collapsing in Colorado. A week later a serious stroke paralyzed Wilson’s left side, with only partial vision in his right eye. Till his death, Edith insulated and protected him. In February 1920 the nation learned of his condition, eventually fueling the 25th Amendment about presidential succession. The Senate spurned the Treaty of Versailles. Wilson’s party was crushed by a GOP 1920 landslide. It is hard to grasp how desolate he must have felt. Redemption came long after his 1924 death.

Baseball saved Wilson: a strong verb, but true. Leaving office, he met each morning with an aide in a downstairs room named “The Dugout” of his DC home, where they reviewed each prior day’s big-league game. After lunch, Wilson was driven to Griffith Stadium to cheer the Senators. His car entered through a special gate, then parked by the home bullpen. From there, top down, he watched—the Secret Service, helped by players who stood on each side, protecting him from fouls.

In his office, team owner Clark Griffith framed a photo of an aged Wilson sitting in the auto beyond the outfield. It showed his fidelity to the sport, a pastime that returned his love, giving Wilson something to live for, about which to feel alive. In the end each kept the faith. Wilson always returned to baseball, finding that it never went out of vogue. You could hardly say less of him.

NEXT: WARREN HARDING: A BASEBALL LIFER