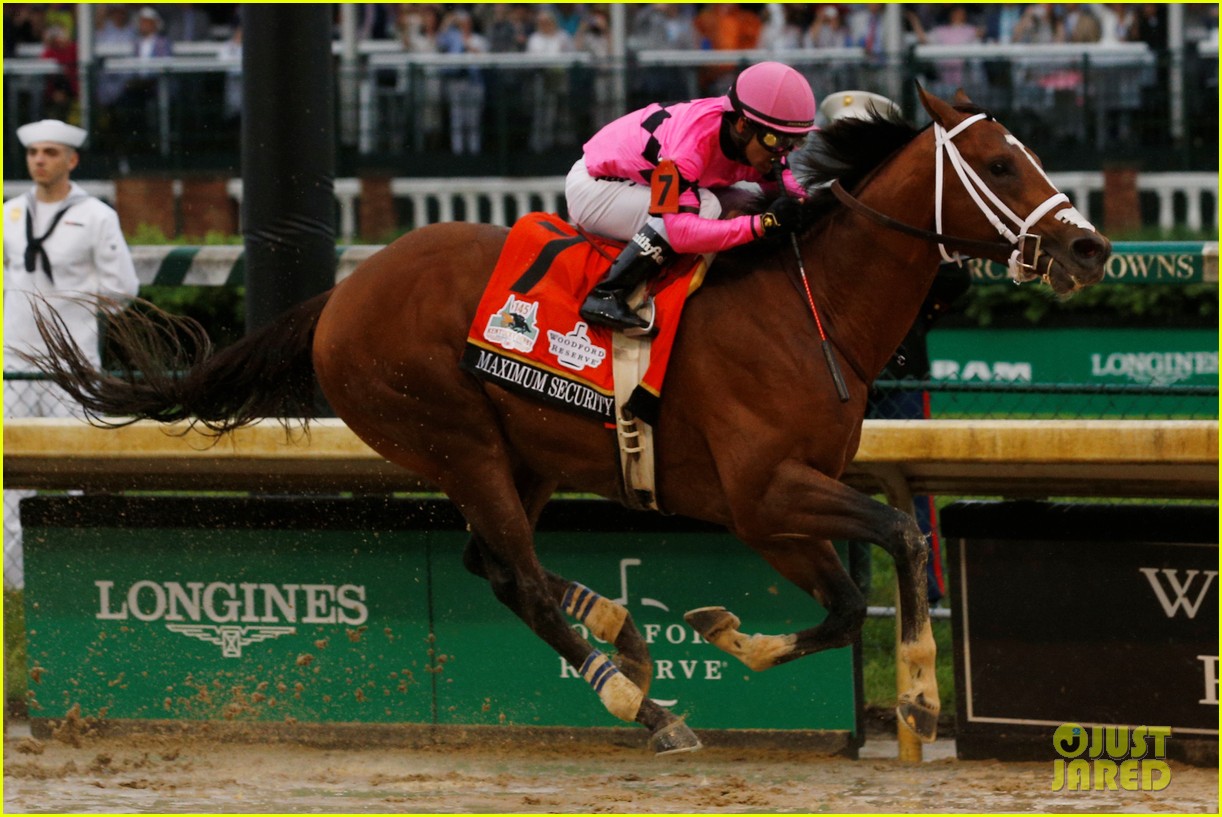 This past weekend the sports world was fascinated by two unpredictably entertaining developments, each of which made for riveting television. On Friday night, game three of the NBA’s Denver– Portland playoff series went four overtimes and past 2AM eastern. On ESPN, Dave Pasch and Doris Burke were on the call.

On Saturday at the Kentucky Derby, Maximum Security the horse that crossed the finish line first was disqualified for interference. Country House which finished second was as such declared the winner. It was the first ever disqualification for interference in the rich history of the Derby. Mike Tirico hosted NBC’s coverage. Randy Moss and Jerry Bailey were his analysts.

The NBA marathon was filled with mesmerizing drama but Pasch didn’t give the broadcast the quivering stamp it merited. During the swelling number of overtime minutes, ESPN attracted curious viewers who tuned in to watch history in the making. To Dave’s credit, he raved about the number of minutes played by the teams’ indefatigable stars but I can’t recall being informed about rule differences covering fouls and timeouts during overtime. More importantly, the audience was given little heft to appreciate the enormity of the historical milestone.

At some point, Pasch referenced the only other four-overtime playoff game in NBA history. It was in 1953 between Syracuse and Boston. Fine. But he omitted a critical note. The NBA had not yet introduced the shot clock which dramatically changed the complexion of the pro game. In other words, Friday’s quadruple overtime battle was the first in the NBA’s modern era. The shot clock and other related rules were instituted in 1954.

Unless I missed it and yes it was well past midnight in the east, Burke, a winner of the Hall of Fame’s Curt Gowdy media award, made no reference of an historical context.

Pasch is generally an excellent game announcer and does college basketball very well. He’s also shown a personality working games with the irreverent Bill Walton. But the NBA game which he does not do with sufficient regularity requires a clear understanding of the rules and fundamental  knowledge of the league’s history.

I can assure you that ESPN’s lead NBA announcer Mike Breen would have had the historical information at his finger tips as would have Mark Jones who also does a solid job for ESPN calling NBA games. Live and learn.

At the Derby on Saturday, NBC did its usual exhaustive job of covering all aspects of the day, from fashion, to the human element and race details.

Host Mike Tirico who’s turning into a standout generalist was well prepared for the moment. After Donna Barton Brother’s interview on the track with Maximum Security’s rider Luis Saez, Tirico immediately told the audience that an objection had been lodged and continued to elaborate unflinchingly and fascinatingly; explaining to viewers, few of whom likely knew, that objections after races are not unusual. Tirico then brought in his experts, Bailey and Moss, to examine replays, dissect video and explore the matter in greater depth.

After several minutes with no decision, Tirico suggested to viewers not to read into the length of the deliberation. Both Bailey and Moss then examined the video footage available. When the right angle was finally found, the two pointed out where the violation might have occurred. They did so in simple terms, engaging viewers of all sorts, including those who weren’t racing aficionados.

Tirico cogently underscored the uniqueness of the day. He and the other voices identified the only other disqualification in the rich 145 year history of the Kentucky Derby. It occurred in 1968 when Dancer’s Image was stripped of the win days after failing the post race drug test. Forward Pass which finished second was then declared the winner. It was an inquiry by the track as opposed to an objection lodged by a rider, in this year’s case, Flavian Pratt who finished second atop Country House.

As the track stewards continued to adjudicate, the audience knew that it was observing potential history. As it dragged, Tirico told the audience, that he was no longer buying into the fact that the lengthy wait was standard.

NBC smartly did not go to a commercial break during the prolonged waiting period. When the decision was made, NBC captured the emotions of the riders and trainers of both Maximum Security and Country House. Overall, it was wonderful television.

The numbers tell the story

The overnight rating peaked at an 11.9/27 from 6:45-7 p.m. ET, as Country House and Maximum Security crossed the finish line. Louisville, the home of the Kentucky Derby, topped the metered markets with a 39.5 rating/69 share.

The unexpected drama of the Kentucky Derby provided a large lead-in audience for Columbus-Boston Game 5 on NBC. The result was a 3.22 overnight rating, the second-highest overnight for a Stanley Cup Playoff game on record (since 1994), excluding Stanley Cup Final games

ESPN’s coverage of Friday’s historic quadruple overtime game generated a 3.0 metered market rating, up 11 percent from last year’s comparable game – Houston Rockets vs. Utah Jazz – which generated a 2.7 rating. The 4 OT telecast rating held strong at a 3.1 rating for all three quarter hours between 1:30 – 2:15 a.m. ET. The telecast averaged a 16.8 rating in the Portland market and an 8.1 rating in the Denver market.

ABC generated its highest-rated primetime NBA Conference semifinals game broadcast since 2011 on Saturday, according to Nielsen. ABC’s coverage of the Houston Rockets victory over the Golden State Warriors in Game 3 of their Western Conference semifinals series was up 20 percent from last year’s comparable window. It averaged a 5.5 metered market rating and peaked with a 7.3 rating from 11-11:15 p.m. ET.

An “inquiry” is posted by the stewards as soon as the race is over. There was no “inquiry” when Dancer’s Image won the 1968 Kentucky Derby. The race was in fact declared “official” at the track and the win bets on the horse were paid. Horseplayers who bet Forward Pass were out of luck even when the results were changed days later.