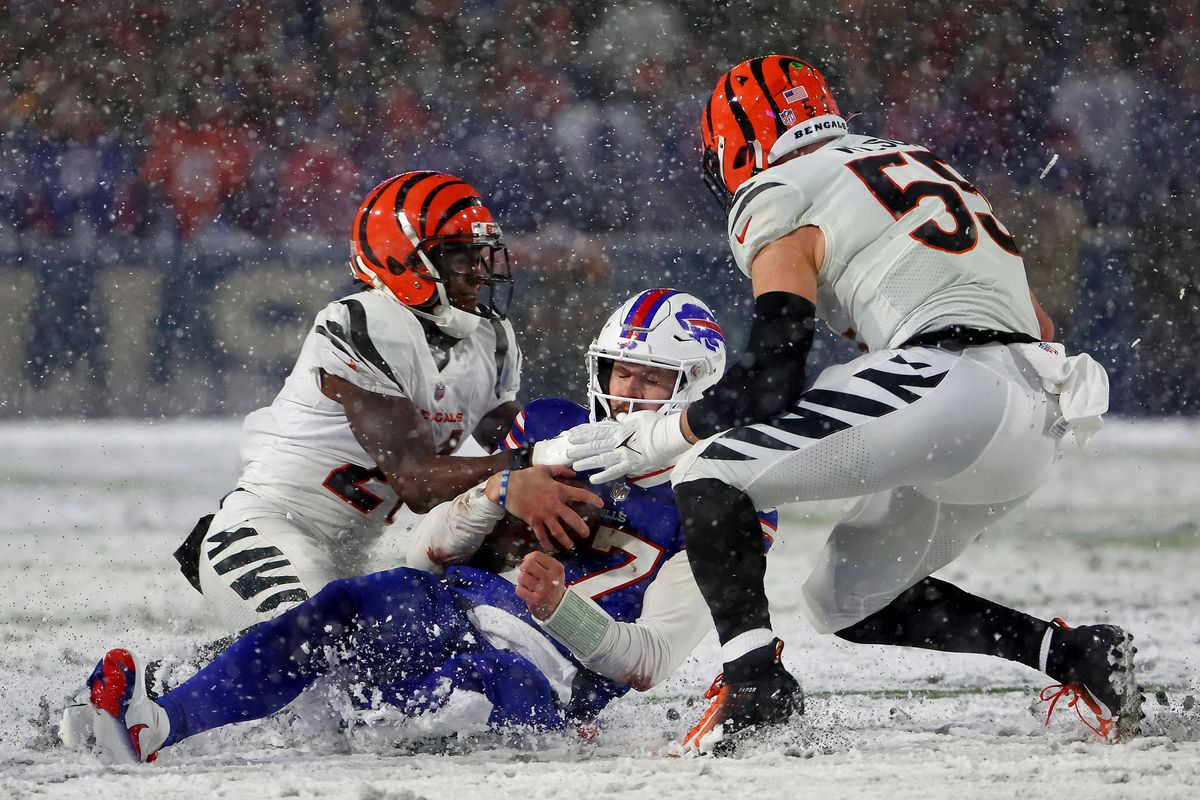 First, surprisingly on Saturday, Jacksonville gave Kansas City a game, The two voices, Mike Tirico and Cris Collinsworth measured and then described a fun matchup. But it wasn’t until the fourth quarter, when the hometown Chiefs distanced themselves from their underdog Jaguars.

It was the beginning of a quadruple-header.

Yet the duo of announcers made it an enjoyable telecast, coming prepared, enthused and ready for unpredictable circumstances, like the injury to star Chiefs’ quarterback Patrick Mahomes.

I’ll repeat this. I heard it from a good source. The Foxies never reached out to Al Michaels when his fulltime NBC contract ran out. The inconsistencies in decisions, remain mindboggling and  irrational.

Saturday night was brutal, made worse by Joe Davis and Daryl Johnston. Neither knew the facts or rules. Joe sounds confused at times, somnambulating through a game broadcast. You’re awake, friend! But you’re hardly heard. You’re voice just doesn’t carry energy or at times not heard at all. Where’s your energy. He is younger and more hesitant than Johnston.

His baseball is satisfactory, acceptable at best. A sob-caster for football. His voice isn’t made for football. When he has no material, he behaves like Pat Summerall, saying little.

Yesterday, game one was much anticipated, Cincy at Buffalo. Jim Nantz, Tony Romo and sideliner Tracy Wolfson. A wonderful team-player painted a well connected telecast for a dull game. She added life to a CBS game broadcast and healthy subject matter to the pre game.

James Brown, has formal command of an hourlong program. There’s the usual mix of features and projections, predictions and the latest gossip from around the league. Rounding it out are ex-players Boomer Esiason, Phil Simms and former Steelers coach Bill Cowher. There are many babblers on the CBS set? On and on they go. The relatively and somewhat self-anointed Nate Burleson who broke in on CBS’  NFL Today, like it or not. The world isn’t perfect.

The medical tragedy experienced by Damar Hamlin in Buffalo, occurred the week before last. Doctors are now more optimistic after the latest upgrade. When it was announced to the packed stadium that Hamlin made it to the game Sunday, Bills fans got a little more emotional. It enhanced the spirit in the ballpark. But the snow pelted the stadium, and he could barely be seen through frosty windows. He was sitting in one of the luxury suites and CBS showed it. The stadium was being pelted by snow. It didn’t do much. It was like the Bills couldn’t do anything right.  Jim Nantz told the nation that shadows of Damar are visible.

Tony Romo used football scientific terms and talked quickly as usual. There were times, Romo was difficult to understand. Ex-Dallas QB Romo is funny and is never afraid to project. I got the sense that he wasn’t too impressed by the Bills’ strategy either. And why should he have been? The numbers were awful. Tony said that Bengals’ coach Zac Taylor was in command and waiting for a strategy shift by Buffalo head man Sean McDermott. “Buffalo needs a big play,” to get back in this.

I liked a Romo’ quote about Buffalo’s challenges from the quarterback. Tony: “It’s like throwing a football from a phonebooth.” Nantz and Romo bring in Gene Steratore comfortably to define and interpret rules. They do so best of all networks. CBS gets its money’s worth from Gene. He was also an ex-hoops NCAA ref. So he works both CBS’ NFL, college football and NCAA basketball.

The laughter was when Romo was caught chewing gum in the studio. While Nantz chuckled, Tony maintained his articulation.

The second game of the day was on Fox. It enabled fans around America to listen to 48 year young play-by-player Kevin Burkhardt. He is not very experienced with football. He can thank partner analyst, Greg Olsen, for thicker knowledge of rules and a broader vision of the game. Olsen is a student of the game. Olsen clarified late game rules as the Niners were sealing the win.

Greg was fine and will get better in time. As it now sits, from pure football knowledge, he played in the NFL, understands strategy, anticipate what to expect. Bright guy.

Olsen, who’s scheduled to do the Super Bowl for Fox in February may not do any additional. He likely will be undercut by Tom Brady when Fox gets its next scheduled Bowl.