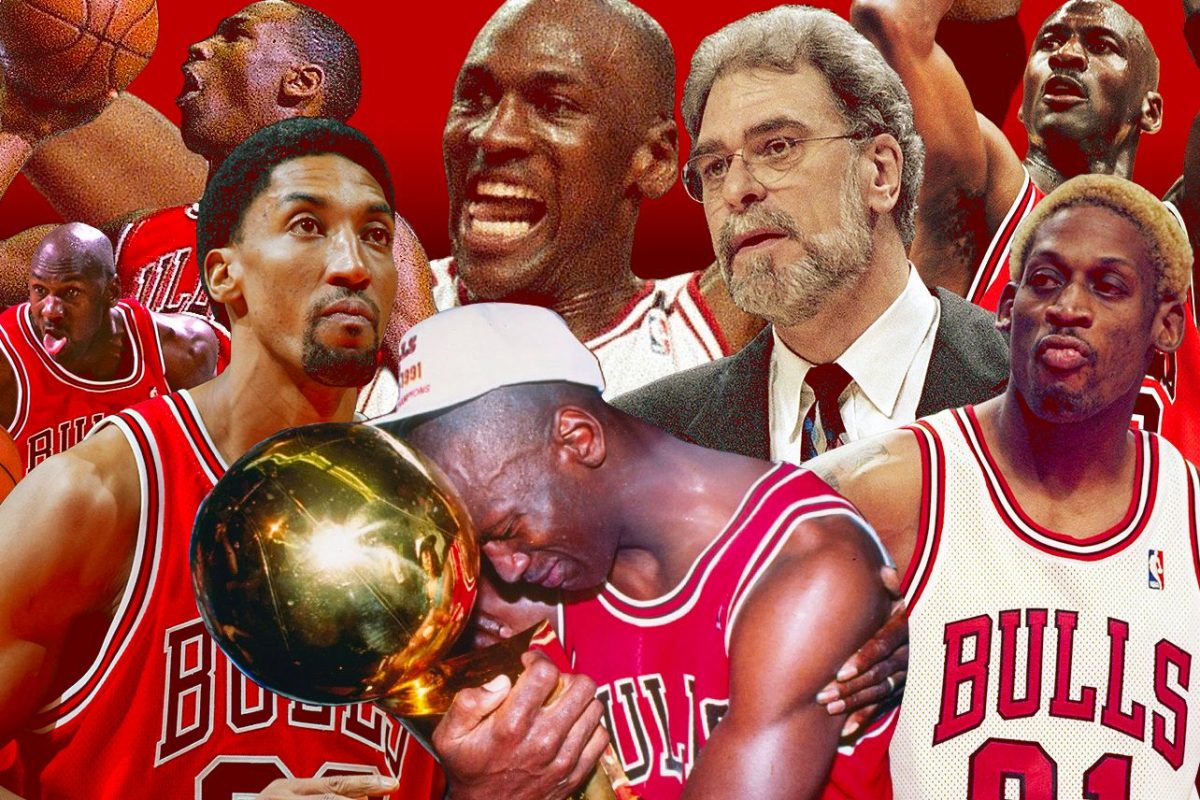 For the last three weeks, sports enthusiasts of all ages have spent Sunday evenings indulging in two hours of the enthralling documentary, The Last Dance.

You’ve likely seen the exciting and engaging behind the scenes look at Michael Jordan’s incredible rise to fame with the Bulls’ powerhouse teams of the 1990s. The mini-series showcases never seen before footage, featuring Jordan’s heroics on the court, analysis from celebrated reporters, candid remarks from his teammates, and a transparent look  into Jordan’s life off the court.

This brilliant documentary was born out of a collaboration between ESPN Films and NBA Entertainment, It is successfully filling the void that’s resulted from the stoppage of sports. Segments 7 and 8 will be on ESPN this Sunday night, May 10th  from 9:00 PM to 11:00 PM. The following Sunday, May 17th, ESPN will show the final two parts beginning at 9:00 PM as well.

Young fans who never got the chance to experience the Michael Jordan era, now have something fresh and unique to dish and discuss daily. College aged kids were just two or three years old when Jordan retired in 2003 and didn’t see him play in realtime. They might have heard about Jordan’s greatness as baseball fans heard about Babe Ruth’s.

It’s all the rage during this restricting period of social distancing. Is Michael Jordan indeed the GOAT (Greatest of All-Time)? Is LeBron edging in on Jordan’s legacy?

I recently checked in with some devoted young basketball fans who spin their own opinions on the debate.

Michael Jordan’s competitive drive as a player was overwhelming. He did not care who you were. His exclusive focus was to prove that he was a better athlete, whether it’s basketball, golf or flipping coins.

I give the nod to Jordan when it comes to the GOAT debate. There are plenty of similarities between Jordan and LeBron. Most importantly, neither Jordan nor LeBron have really been involved in any major wrongdoings. That, along with their greatness on the floor, makes both of them role models to many. Yes, Jordan could have been more active in his community but he made it clear that his sole focus was basketball and all that goes with it. He continually worked on perfecting that image. It’s why he preferred not to engage in political activity.

Jordan was a dominating figure in the sport of basketball with an undeniable energy seen through his competitive streak, extreme drive to be the best and his passion for the game. As a human being, Jordan was into the game which essentially became his life. He played his best and was out to win with fire. Jordan held his teammates to an extremely high standard. We see that Scottie Pippen and Dennis Rodman appreciated being Jordan’s go-to teammates on the court.

Michael paved a path for LeBron to achieve his success. He inspired others, especially younger athletes, to reach their highest potential. As a human being in the community, LeBron has made a positive impact through political endorsements and expressing his opinions openly. On the other hand, Jordan is such a large name worldwide. ‘Be like Mike’, still resonates 17 years after he retired. Because they played in different eras, it’s tough to compare who was the “better player.” They both had immeasurable accomplishments on the court.

Michael Jordan was one of the few elite athletes alongside Muhammad Ali and Jackie Robinson who truly defined sports. Jordan was able to change basketball and sports forever. As a human being, Jordan seemed pretty down to earth and cared about the people around him, which allowed his teammates to respect his game and leadership attributes. Michael Jordan was a global, athletic icon who changed the way people train, play, and watch sports. Because of Jordan’s impressive 6-0 record in the NBA Finals, he must be considered the GOAT. Jordan was a beast on the offensive and defensive end and was always there when the Bulls needed him to sink the last shot. He never lacked the ‘I’m going to crush you’ competitive look in his eyes. Judging the two from a measure of being a good teammate and demonstrating a commitment to community service, the nod goes to LeBron James. He still finds a way to get the ball to his teammates and uses his platform and fame to improve and advocate for social justice.

One sentence doesn’t do justice to Michael Jordan’s legacy. Michael is the greatest basketball player of all time and more importantly, an exceptional human being. He was always determined to get past any defender in his way. Michael could score like no one else. Jordan changed the way in which the game of basketball was perceived by fans and the way in which the game is played. It was interesting to learn that Michael Jordan’s partnership with Nike made him the first player to ever have his own shoe line. While both Jordan and LeBron have rings and are insanely competitive, both of them had a supporting cast that ultimately helped them win. Like Robin to Batman, Jordan had Scottie Pippen, and LeBron had Dwyane Wade.

With the help of his agent David Falk, Michael rose through the ranks on his own and is a self-made athlete and legend. What separates Jordan from other athletes is the fact that he is tight lipped about his beliefs. While both LeBron and Michael play ferociously to win, James takes it to a little higher of a level on the court because he faces more challenging teams and athletes than Jordan did back in the 1990s.

Michael Jordan was a phenomenal player with an absolute killer mentality. Jordan was the best in the playoffs, where he was able to lead the Bulls to victories over iconic teams, scoring in bunches when it mattered most. Jordan possessed an ‘I will break you down mentality,’ that didn’t allow his team to lose. Compared to LeBron, Michael was much more scoring oriented. James likes to involve his teammates more often with an all-around balanced attack and game-plan. LeBron is a community-oriented person  and effectively uses his fame and fortune to help others. LeBron has taken on mentor roles for players around the league.