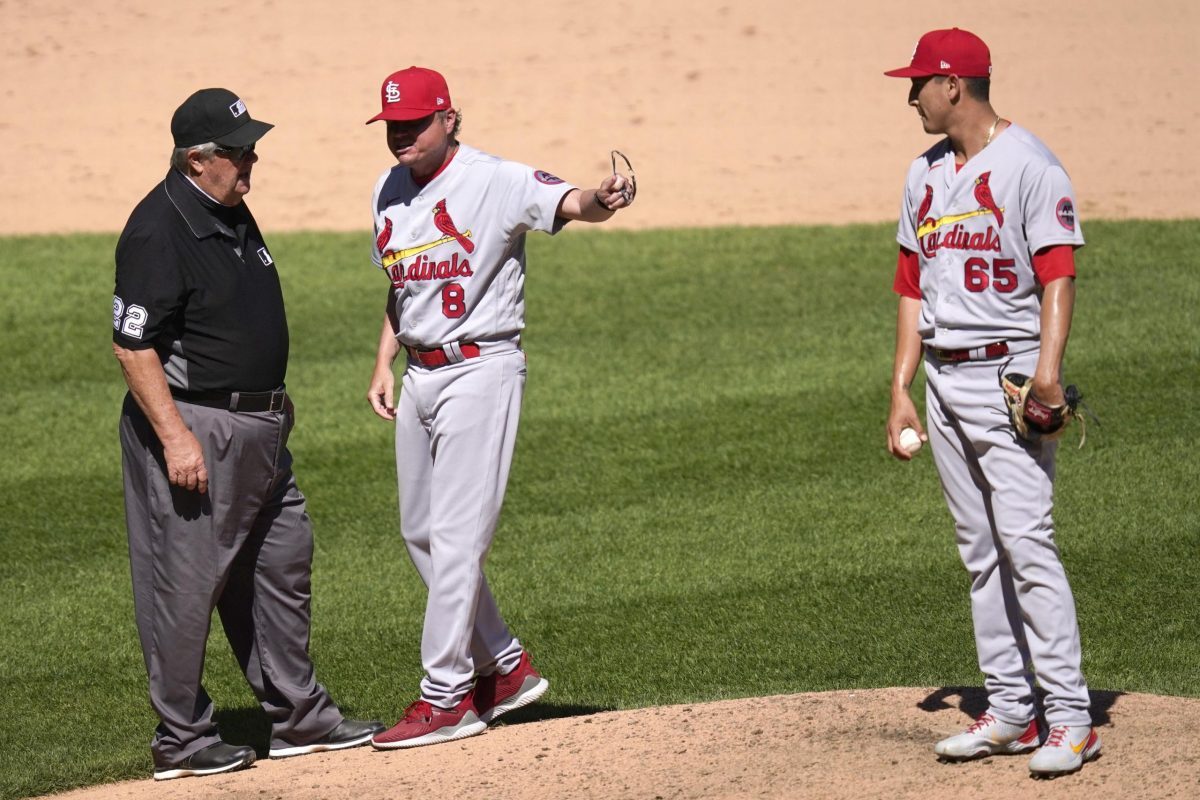 In the midst of a season in which batting averages are at historic lows, MLB has stepped in and made a change. Starting on Monday, all pitchers will face mandatory checks for foreign substances.

The league is citing Rule 3.01, “No player shall intentionally discolor or damage the ball by rubbing it with soil, rosin, paraffin, licorice, sand-paper, emery-paper or other foreign substance.” Any and all sticky substances ranging from sunscreen mixed with rosin to spider tack are included, and all infractions lead to a 10-day suspension.

The use of sticky substances to improve grip and control is widespread throughout the league and has been for many years. Many people around the baseball world are excited to see integrity of the game enforced game. Others believe the ruling came at the wrong time.

Among those upset about the timing of this decision is Tyler Glasnow, starting pitcher for the Tampa Bay Rays. Glasnow, who says he had used a sunscreen and rosin combination to improve grip, went cold turkey for his June 8th start, using no substances amid discussions of the ruling coming down. Although he had a great start, striking out 11, Glasnow felt extremely sore the next day and was unable to complete his next start. An MRI revealed a partially torn UCL, which Glasnow is blaming on the abrupt timing of the ruling, forcing him to change how he grips the baseball in the middle of the season.

Injuries and erratic control issues could be a concern for MLB, but the priority seems to be evening the playing field for batters. Eliminating the sticky substances will not only improve the integrity of the game, but should boost offensive statistics across the league, which have been lacking.

This will be a hot topic in baseball throughout the season and going forward, as several pitchers have already spoken out against the rule. While the offseason may have been a better time to instill this ruling, pitchers will have to get used to this new reality.

Below is a look at the thoughts of visible media members.

One point I heard over and over from players: If MLB is going to draw a hard line, pitchers will have no access to grip agents. And with nothing — not even sunscreen and rosin — their fear of controlling the ball, the original reason for grip enhancers, becomes very palpable.

As others have shown, we have seen a pretty noticeable drop in spin rate since MLB's June 3 foreign substance crackdown notice. Here's the league-average Bauer Units on four-seam fastballs by date this season: pic.twitter.com/OpoRmeWLK8

Truly laughable. It’s like they don’t understand the process of application. So now I can’t guard against harmful UV Rays w/sunscreen & use an MLB approved substance at the same time? Guys have to choose between their health & their grip on the ball? WHAT ARE WE DOING?! https://t.co/Tw60wQ9KVa

The “sticky shit” is going to very quickly be blamed on the players who were allowed to use it and one or two “fall” guys. Make no mistake about it, this is MLB’s failure. https://t.co/5jfVHeUDlt