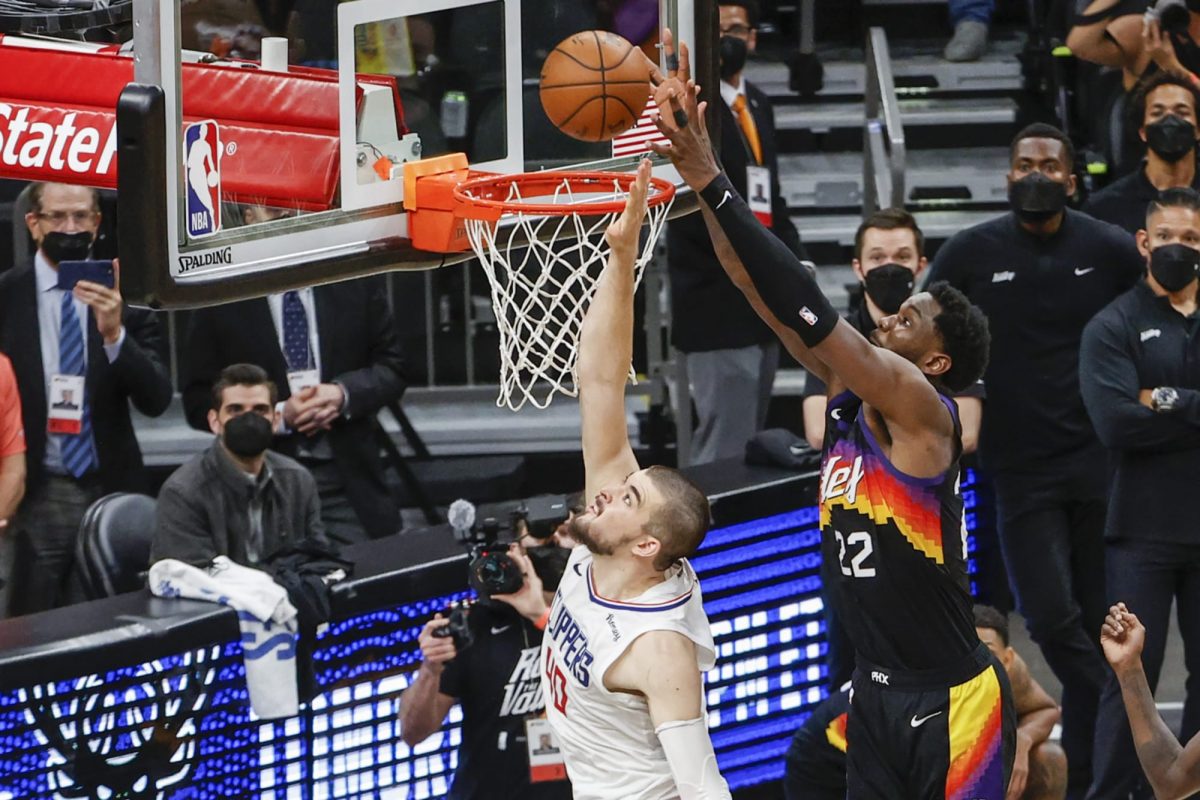 These three are funny and quarrel like siblings. During this time of year,  ESPN’s Mike Breen, Jeff Van Gundy and Mark Jackson inform, argue and entertain like brothers around the dinner table.

Here are some highlights:

Thirty minutes for the final two minutes. That’s much

A big topic that the two former coaches discussed are the referees. As much as the two ex-coaches respect the officials, they call them out, and often repeatedly, especially the ex-Knicks coach.

One reason that the officials were the subject of criticism was the agonizingly slow and prolonged time it’s taking to play the last couple of minutes. There was one game when the final two minutes took a half hour to complete. JVG said that it appears as though the league discounts the first 46 minutes and puts the last two under a microscope. As the great Red Auerbach would say, a basket is as valuable in the first quarter as it is in the 4th quarter. Football does this too.

Who touched the ball last when it went out of bounds?

Another development that frustrated Jeff was when the Clippers’ Patrick Beverly knocked the ball out of bounds in a critical play late in the game. The refs reviewed it and it was determined the ball went off the Suns’ Devin Booker.

JVG understands that technically, after weighing it like precious metals, it was the right call, but underscored the fact that anyone who plays basketball knows that ball was caused to go out of bounds by Beverly’s swipe at it. But, because it hit Booker’s fingertips it was off him. Truth be told though Booker’s fingertips didn’t alter the trajectory of the ball. Mike Breen mentioned last season that the league tinkered with what Van Gundy is suggesting, focusing on who caused the ball to carry out-of-bounds. The league dropped the idea, because in essence it would ask the refs to mind readers.

Another issue the analysts continually address is flagrant fouls. Even with the benefit of replays, Jackson and Van Gundy rarely agree on common vs. flagrant foul. The differences are mostly a matter of interpretation or plain nitpicking. Frankly, it isn’t good for the optics of the game on network television when two basketball lifers have genuine differences on how the game is handled by the officials on the floor.

Prior to game #3 and in the wake of Phoenix’ eye-popping win in the last-second win, JVG broke it down. The rim-high pass from the left baseline by Jae Crowder to DeAndre Ayton was ineffectively defended by the Clippers. Van Gundy explained  how Clippers center DeMarcus Cousins should have been shaded over to his left to cover any and all passes to the rim. Simple enough. Cousins didn’t and the Suns won stunningly  by one.  The play if now called, the Valley-Oop. Phoenix is known as the Valley of the Sun.

Critical of the playersJackson too will call anyone out. If guilty, few go unscathed by either of the two men. Some examples include Jackson criticizing Paul George for missing two critical free throws at the end of game two, saying George is a superstar and there is no excuse for it. He just needs to make those free throws.

The former St. John’s guard also talked about the Suns pace of play in their game three loss, saying it was horrible.

In game four, he also had something to say about new-age big men and basketball in general, after both teams couldn’t buy a basket for minutes. “I love new-age basketball, but we need more old-age. Jackson said that back in the day, there were always run-stoppers, big men whom you could throw the ball to in the paint, and get easy shots. But now, according to Mark, players don’t learn post-up basketball, so they have to outthink the other team to get good looks, especially in the middle of runs.

Chris Paul is known for his deliberate game. Mark Jackson says that when Paul comes off high screens and rolls, he should move quickly to find the open man. Jackson says that doing so would put the Clippers in a compromised position.

Sprinkling in humor is another asset of the broadcasters. In game four, Breen got off a good line after the network panned to a shot of the injured Clipper, Kawhi Leonard, in a suite. It was just after the Clippers had rallied from behind. He was sitting there like a statue, with a blank expression, not exulting or demonstrating any joy or emotion. It prompted Breen to yell sarcastically, “Kawhi Leonard is going crazy!”.

During a timeout, ESPN sideline reporter Rachel Nichols shared a story about DeAndre Ayton. She said that after the “Valley-oop” Ayton went straight home and put his game-worn jersey on his newborn son in his crib. JVG then chimed in, saying, “The baby was swimming in his jersey. The jersey hadn’t been washed yet that’s a dirty jersey! It must be sticking to the baby with sweat, let the baby sleep.” Jackson agreed with his colleague, “Yeah that’s wrong!”

The crew’s banter and chemistry are just great. When Jackson talked about having tough defenders, he said, “You don’t win with all milk drinkers you need night fighters.” JVG then replied, “I just freestyled it.” He then asked JVG about some of his Knicks teams, “We could have used more milk drinkers we had enough night fighters”.

Jeff and Mark have the same type of friendly-not-so-friendly back-and-forth interaction that Charles Barkley and Shaq have on TNT’s Inside the NBA. Another one of my favorite things is when Van Gundy and Jackson  disagree with each other it follows a predictable formula. One of them brings up a topic that they have a problem with, then the other chimes in disagreeing, doing so whether out of conviction or as the devil’s advocate.

On the other side of the bracket is TNT with Reggie Miller and the now retired Marv Albert. When I think of ESPN’s crew, the first word that comes to mind is dynamic, when I do the same for the TNT, it is steady. They don’t banter as much as ESPN does, partly due to the fact that it is a two man crew. Also, Marv was more old-school in how he approached his play-by-play role. TNT focuses on the game itself. ESPN can get sidetracked with a topic and start focusing on it.

Reggie Miller and the fellows on Inside the NBA were critical of Brook Lopez, saying he can’t play in this series for the same reason, because of his pick-n-roll defense.

Barkley also called out Giannis Antetokounmpo for trying to play point guard and bring the ball up the court. It’s how teams build walls against him or draw fouls. He wants Giannis to put his back to the basket then call for the ball, because he is unstoppable there. He is too big for wings and guards to defend, and is too quick for centers, especially stopping his spin move.