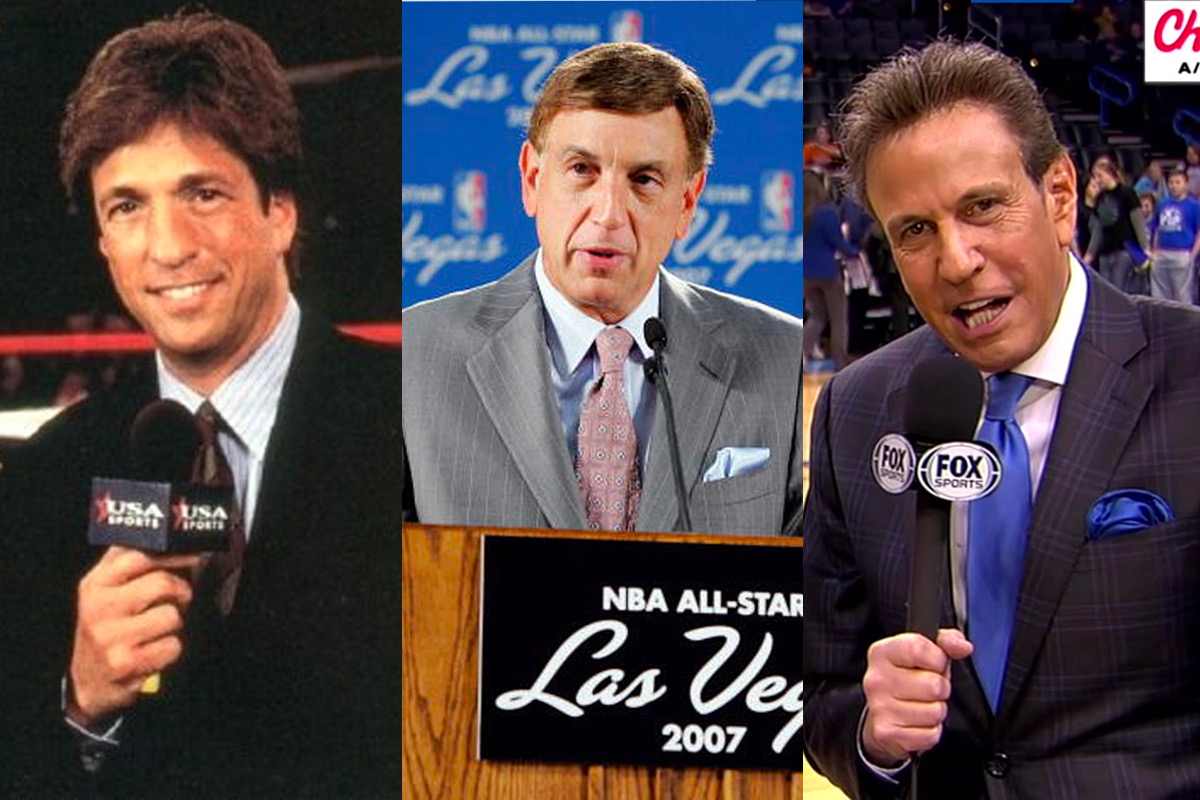 For millennial sports fans who watch games today by vocal commands on their SmartPhones, the NBA’s coverage in the 1960s would trigger thoughts of Marconi, smoked filled restaurants and propeller airplanes.

When the league began its second fifteen year stretch in 1961, it expanded from eight to nine teams, adding Chicago, then the country’s second biggest city. The club was known as the Packers its first year and won only 18 games. Changing its nickname to the Zephyrs the following season didn’t help much. The Zephyrs won only 25 games and left the City of Broad Shoulders for Baltimore in 1963. Chicago would then give birth to the expansion Bulls in 1966 but wouldn’t pack the building until Michael Jordan showed up in the 1980s.

The NBA’s national television package wasn’t really worth a hill of beans when JFK took office in 1961. NBC had the contract and at best carried a handful of regular season weekend games and two to three matchups in the NBA Finals. There weren’t many sets of playoffs either. The league’s championship series ended in April.

Cable was beginning to make a mark in homes across America in the 1960s but it was hardly dominant and didn’t purvey original programming. At that point and well into the 70s, cable still reflected its original mandate. Cable was really short for CATV, an acronym for Community Antenna Television.

CATV was a blessing for those who lived far from big city television transmitters or those in dense cities where skyscrapers clouded local television signals. So if you were on Eastern Long Island or in New York’s Ulster County, cable TV meant you can clearly get a NYC TV signal. Without CATV, viewers were essentially stuck. The picture was either snowy, jittery or fidgety. In other words, cable television originated in the far suburbs to facilitate distant transmission, not to provide unique programming.

HBO was the first national pay-tier cable. It was established in 1972. ESPN went on-air in 1979 and CNN in 1980. In the mid 1970s, stations like Atlanta’s WTCG, Channel 17, put its programming on satellite and became a national cable channel. That’s precisely how Turner began. For years, Braves games were available across America and guys like Skip Caray, Ernie Johnson, Sr. and Pete Van Wieren became well known. WGN TV in Chicago did something similar later on, making Cubs games widely available.

The league’s bargaining power in the late 1970s was hardly overpowering. CBS Television had become the network rightsholder in 1974 and because of poor ratings, it ran primetime title games for a period on a delay broadcast.

Local television wasn’t a sure thing either. Depending on the market, teams would run a select number of road games on television. That was essentially it.

Radio was still the best the league can do and even so not all franchises could land local radio stations. Very few teams had all their games on radio. The San Francisco Warriors recreated road games and other clubs would run only select games overall.

In the ’60s, radio was about the AM dial. FM wouldn’t become relevant until the early to mid 1970s. In the 60s, most vehicles had only AM radio. Year to year, the Knicks, in the league’s largest market, were on and off radio. In fact, not all Knicks games were on radio until the 1987-88 season.

The dozen pioneering voices who popularized the NBA during the league’s early, challenging years

These voices contributed to the growth of the game with well crafted, tailored and engrossing calls. The dozen listed here began their NBA careers between 1961-76, years 16-30 of the NBA.

In the late ’50s and early ’60s, Marv was an understudy to Marty Glickman, the pioneer who first gave the game a language and rhythm on radio. Marv’s unrestrained flair inspired Knicks fans and a generation of budding broadcasters alike. His galvanizing work led to television gigs where he made the natural transition from radio. Nationally, he’ll be most identified with the championship years of Michael Jordan. When he retires, possibly at the end of next season at age 80, Marv deserves an indelible title, Voice Emeritus of the NBA.

Over a continuous haul of four decades, the Voice of the Cleveland Cavaliers was the best pure radio play-by-play voice the NBA every had. Glickman called him an artist’s artist. He connected the floating dots masterfully. Tait covered good teams and many bad ones with remarkable ease, employing an effortless mix of vocabulary and an occasional story. Joe was a role model for many, from IU’s Don Fischer to network’s Kevin Harlan. Before online broadcasts, his pulpit was 50,000 watt WWWE which covered two thirds of America at night.

McCoy is still irrepressible at 87, doing Suns games home and away, an enervating task for a man half his age. Soft, descriptive, sharp and never overbearing, Al doesn’t miss a beat. He’s an icon in the Valley of the Sun who comes across as everyone’s friend. McCoy has stood the test of time and is considered an NBA broadcast legend.

A renaissance man, considered peerless for both his intensity and elegant command of the language. Inexplicably, the only voice in the top nine not bestowed the Hall of Fame’s Curt Gowdy Award. He started with the Warriors upon their arrival from Philly in 1962 and did their games for 22 seasons. In those early years, King recreated Warriors road broadcasts cleverly. He was the soundtrack of the 1975 Golden State title run led by Rick Barry.

Durham spent 18 seasons with the Bulls, starting in 1973, some of which he simulcast on radio and TV. He was beloved in the Windy City, bringing style and energy to the microphone. Durham later called NBA games for the Dallas Mavs and ESPN. As solid as they come, Jim presided over the national radio broadcasts of multiple NBA Finals.

The only former NBA player to steadily call play-by-play on both radio and television. He first worked as a commentator with the Lakers and Suns, and partners Chick Hearn and Al McCoy respectively. When the Jazz were formed in New Orleans in 1974, Hundley became the club’s popular radio and TV play-by-play voice. He rasped in two contrasting towns, the Big Easy and Salt Lake before retiring after the 2009 season.

Gene had a distinct sonorous voice. He stamped each Houston win with the old Jackie Gleason line, “How sweet it is!” Like other broadcasters, who call the games that they’re dealt, good or dull, Gene suffered through a nasty 14-82 team in 1982-83 season and was the voice of the two Rockets’ titles in the mid 90s. His enthusiasm and thunderous timbre helped build the popularity of NBA basketball in South Texas.

The original voice of the Milwaukee Bucks, Doucette’s calls turned legendary in Wisconsin. He was behind the mic when Milwaukee won its only title in 1971, behind Kareem Abdul-Jabbar and Oscar Robertson. His cliche driven calls became popular in Bucks country, like “Sky-hook” for Jabbar and “Machine gun dribble.” Eddie later did work for a number of other clubs and network television.

The youngest of the three Albert brothers worked for four teams beginning with the New Jersey Nets for 13 years. When he began in 1975-76, the Nets won the title in the ABA’s final year. Later, he also called games with warmth and a wry sense of humor, for Golden State and Phoenix, each for five seasons, and one with New Orleans.

Karvo, a colorful stentorian, started with the Chicago Zephyrs in 1962 and moved with the club to Baltimore a year later. He remained with the Bullets through 1980, before taking the Knicks job on cable and later radio. When he bellowed “Bulls-eye,” fans knew it was a big bucket. He final season, 1992-93, was back with his old team, the Bullets, who by then were settled in Washington.

The middle of the three Albert brothers, Al launched his pro career with the Nets in 1971 on WHN Radio. After three seasons, he moved into Denver where he became the a popular Voice of the Nuggets on radio and TV. The Nuggets were merged into the NBA in 1976. Al also did NBA games for USA Network in the 80s, joined the Pacers in 1999 and left after the 2007 season.

Bill was the original and longtime voice of the Blazers. He dubbed Portland ‘Rip City’ and it stuck. Beloved in Oregon, Schonley authored the radio broadcasts of the team’s only championship in 1977, a club led by Bill Walton and coached by Jack Ramsay. At age 90, Schonley remains in a ceremonial role with the club.