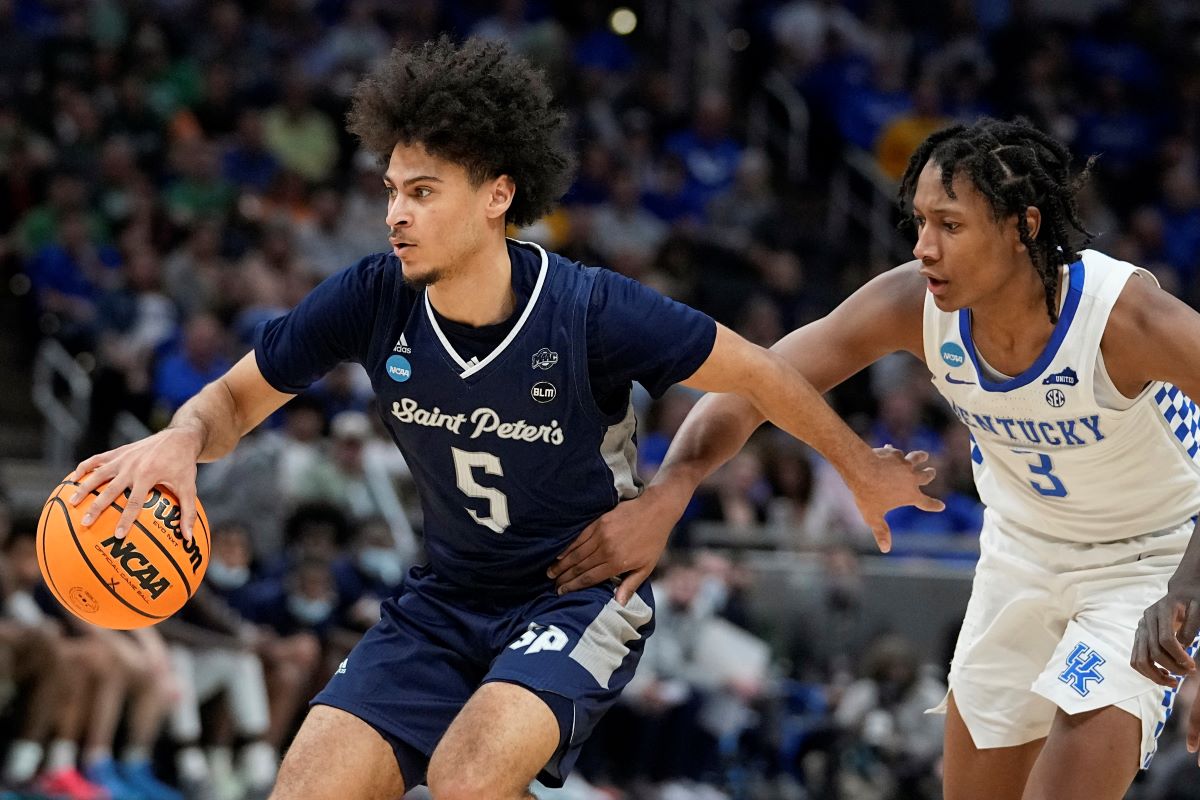 The second and final day of the Sweet Sixteen produced many entertaining storylines. Once an unknown and the subject of late night TV comedians, Gonzaga has in recent tourneys been considered favorites.

And again to no one’s surprise dropped out again last night. This year another Cinderella, one that will be a flash in the pan, the real thing or a one time pony. Saint Peter’s. Yes, I’m a Jersey boy and I put my heart into the Peacocks. It’s human nature to root for an underdog.  Whether it be memorable upsets, matchups between historic schools, or a game between two double-digit seeds, the mayhem this season hasn’t disappointed. Each broadcast crew brought its own unique perspectives to the action, emphasizing the stakes of each game.  With four games on the docket, let’s look at how each venue’s broadcaster is calling the action.

This historic game deeply benefitted from  expert analysis provided by Jim Spanarkel regarding strategies both teams employed.  Reasoning the full court-press by St. Peter’s along with detailing the three-headed monster of Purdue’s Jaden Ivey, Trevion Williams and Zach Edey gave fans a close look at the coach’s game-plans and a more immersive overall broadcast.  The analysis complimented Eagle’s usual charisma with each basket made by either team. The energy changed in the arena and on the microphone once the Peacocks took the lead late in the second half with Eagle exclaiming that the Peacocks were strutting their stuff.  In the end, St. Peter’s continued their historic Cinderella run, beating the Boilermakers to become the first 15 seed ever to make the Elite Eight.  Peacocks’ Head Coach Shaheen Holloway provided the soundbite of the game during the post-game interview with Jamie Erdahl, asking “What they gonna say now”.

Kevin Harlan’s delivery and cadence resonated fully, using unique wordplay mixed with relevant numbers which gave the broadcast heft. Throughout this game, Harlan did a great job balancing his responses from the floor. It accompanied the analysis by Miller and Bonner. Reggie infused some spice to his insights in an attempt to match Harlan’s energy. An Ochai Agbaji dunk off a lob by Christian Brown for the Jayhawks was the climax of this game in its action and in its broadcasting energy.  The tournament’s only remaining number one seed was able to take care of business late in the game, despite an impressive run from Providence.

Eagle did a great job introducing the significance of this matchup prior to tipoff, expressing his thoughts that this game is another chapter in the long history between these two schools.  Spanarkel’s knowledge of game strategy continued to sparkle through during this matchup. He broke down each player’s strength and weakness and how they contributed.  Spanarkel’s initial shock at some plays such as a Jaime Jaquez fadeaway for UCLA by chuckling into the microphone provided an additional charm to the broadcast. Eagle’s play-by-play was as expected. He set up his analyst well. In other words the chemistry was smooth between the two broadcasters. The intermingling of analysis, statistics, stories and strategy fashioned a well-rounded broadcast, especially when the action accelerated, The City of Brotherly Love saw another upset as the Tar Heels claimed victory over the Bruins, where they will face St. Peter’s in the Elite Eight Sunday.

Kevin Harlan’s play-by-play continued to be the lead aspect of this broadcast, with analysis sprinkled in throughout the game.  Miller often had well-timed analysis, accompanied by the presence of Harlan’s stentorian presence. Dan Bonner has done this for many years. When he sits alongside Reggie Miller, there are just so many poignant comments he can make. Yet he’s an absolute pro. Harlan, who many think has the best voice in sports television, worked with Reggie on Turner doing the NBA. The broadcasters felt that the game would be rugged to the end. The comment was  well timed as Miami had just stolen the ball for a transition layup.  In the end, Jim Larrañaga’s Miami Hurricanes took care of business, giving them the last spot in the Elite Eight, where the Canes will face the one-seeded Jayhawks for a chance to go to New Orleans for the Final Four.