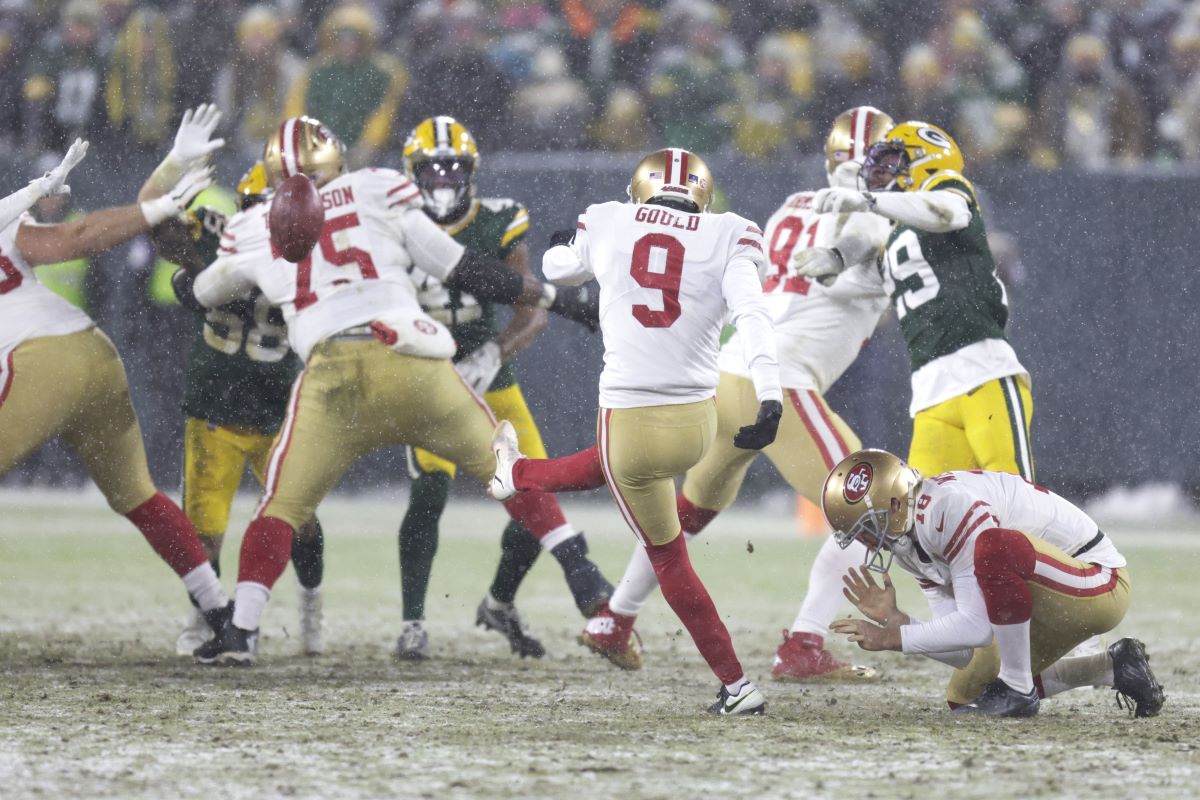 Short Return of the King: After a foot injury sidelined Titans running back Derrick Henry for a majority of the season, the man called King Henry made his return just in time for the Titans first playoff game.  After sideliner Evan Washburn detailed how the Titans plan to get Henry involved, the Titans threw an interception on the first play of the game.

Tannehill Taking Hits:​​ Following a deep pass completion to Titans wide receiver A.J. Brown, quarterback Ryan Tannehill took a big hit that had him shaken up on the play. It was not called for roughing the passer. Voices Ian Eagle and Trent Green seemed concerned over the Titans quarterback. Yet he continued to have an impressive offensive drive despite the smashing hit.

Bringing Back Old School: On a play close to the end zone, the Titans decide to line up running back Derrick Henry in the shotgun to receive the direct snap and run it into the end zone himself. Trent Green analyzed how since Henry has had some passing experience, this was a pick your poison play, adding an unpredictable nature to the offense of the AFC’s number one seed.

No Notes Joe: In the week leading up to the game, the CBS crew had the chance to talk to Joe Burrow. When they asked him about how he prepares for a game, Burrow pointed out that he does not take notes during the week when watching film. Green was amazed at Burrow’s ability to visualize plays and understand “the why and how” of the Bengals’ playbook.  Green mentioned that this is not a normal trait for an NFL quarterback, making it doubly impressive. Trent was a QB in the NFL for 15 seasons.

Mike Hilton Playing Taps: On a screen pass by Ryan Tannehill, Bengals’ cornerback Mike Hilton tipped the ball into the air and picked it off, making a clutch play after the Titans were getting close to the end zone. Ian Eagle noted that Hilton had to play the playground game, taps to make that pick, giving the Bengals possession.

Tremendous Grab: After a Bengals’ turnover, Titans’ quarterback Ryan Tannehill threw a dime to wide receiver A.J Brown who made an amazing catch.  After the play, Eagle could not contain his excitement over the play, exclaiming that this was a “tremendous grab!”  Green added that while the throw was incredible, it was an even better catch that only Brown could make.

Burrow Buried in Sacks: Midway through the 4th quarter, the Titans’ defense has sacked Bengals’ quarterback Joe Burrow 8 times, with Trent Green observing how there has been no room for Burrow to step up in the pocket. Immediately after  Eagle mentioned that former Eagles’ quarterback Donovan McNabb is the only quarterback to win a playoff game while being sacked 8-plus times, Burrow eats his 9th sack of the game, making it even more difficult for the Bengals to find success.

Halting Henry: After a run for no gain by former All-Pro running back Derrick Henry, the announcers gave credit to the Bengals’ defensive line for clogging the running lanes and preventing Henry from making big gains. With his longest run of the day at only 9 yards, Trent concludes that the Titans have not been able to properly utilize their most game-changing player in Henry.

No Fear McPhearson: With time winding down, Bengals’ kicker Evan McPhearson nails a game-winning field goal to punch the Bengals’ ticket to the AFC Championship. After Eagle poured his heart into the game winning kick, he noted that McPhearson is a rookie, making this the biggest kick of his career. Eagle also mentioned that this was the Bengals’ first road playoff win, making for a big milestone in franchise history.

CBS’ Sideliner Evan Washburn never asked Burrow during his brief post-game interview about being sacked nine times. But after a Titans’ defensive lineman interrupted Burrow during his interview with Evan in a congratulatory fashion, Burrow acknowledged that he saw a lot of him (like too much)! Washburn did ask QB Joe how the onslaught of defenders embodied the Bengals. Burrow responded by saying that his club found a way to win all season including against Tennessee.  He made sure to credit the Titans defensive line. Smart guy and a good people person! 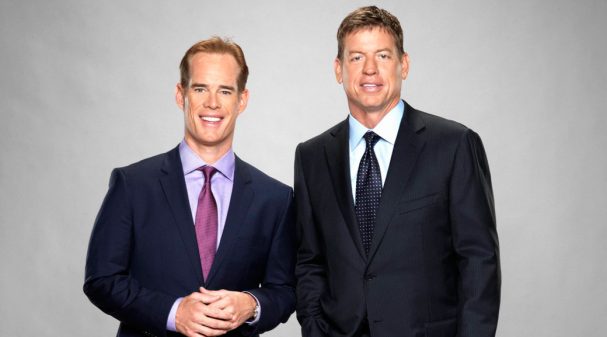 Garoppolo Starting Slow: Exiting a commercial break, Joe Buck and Troy Aikman noted that the 49ers offense had a very difficult time gaining any momentum, beginning with quarterback Jimmy Garoppolo starting 0 for 5 on his passing. Two plays after reflecting on the 49ers slow start, Garoppolo throws a dime to tight end George Kittle to finally start an uplifting drive. (Buck, left with Aikman)

Bad Throw Garoppolo: After eluding a number of sack attempts by the Packers’ defense, Garoppolo underthrows tight end George Kittle and it’s picked off  by cornerback Adrian Amos.  Aikman labels the play a 49ers momentum killer, giving the Packers another chance to score before half time.

Rodgers Makes Magic: On the final drive of the first half, Aaron Rodgers finds a wide-open Aaron Jones for a huge gain that gives the Packers the chance to score a touchdown. Aikman maintains that the cause of this big play was a lack of communication between the corner and safety, giving the Packers three points to end the half.

Still 7-0: After giving up what seemed to be a guaranteed three points, the 49ers’ special teams unit comes up in the clutch, blocking a Packers’ field goal attempt by Mason Crosby. It keep the score at 7-0. Buck and Aikman speculate that this play could give the 49ers some momentum into the third quarter, hoping that the game remains close.

Down the road they go: The surgical ease with which the Packers scored early, strongly suggested a Green Bay romp. Not so fast. For all the belittling of Garoppolo and the frigid challenges he’d face in January in Wisconsin, the Niners were undeterred. The swirling snow, the slick field and the tight finish were gripping. As Joe Buck pointed out just when the game ended, SF led only once, after the final play of regulation, the winning field goal by veteran Robbie Gould.

Buck and Aikman didn’t overtalk late. No reason to do so. The picture told the story.

What a day of football!

Nice job, Philip! I didn’t get to see it but I wondered how well Eagle and Green worked together when Green was obviously a last-minute replacement for Charles Davis.