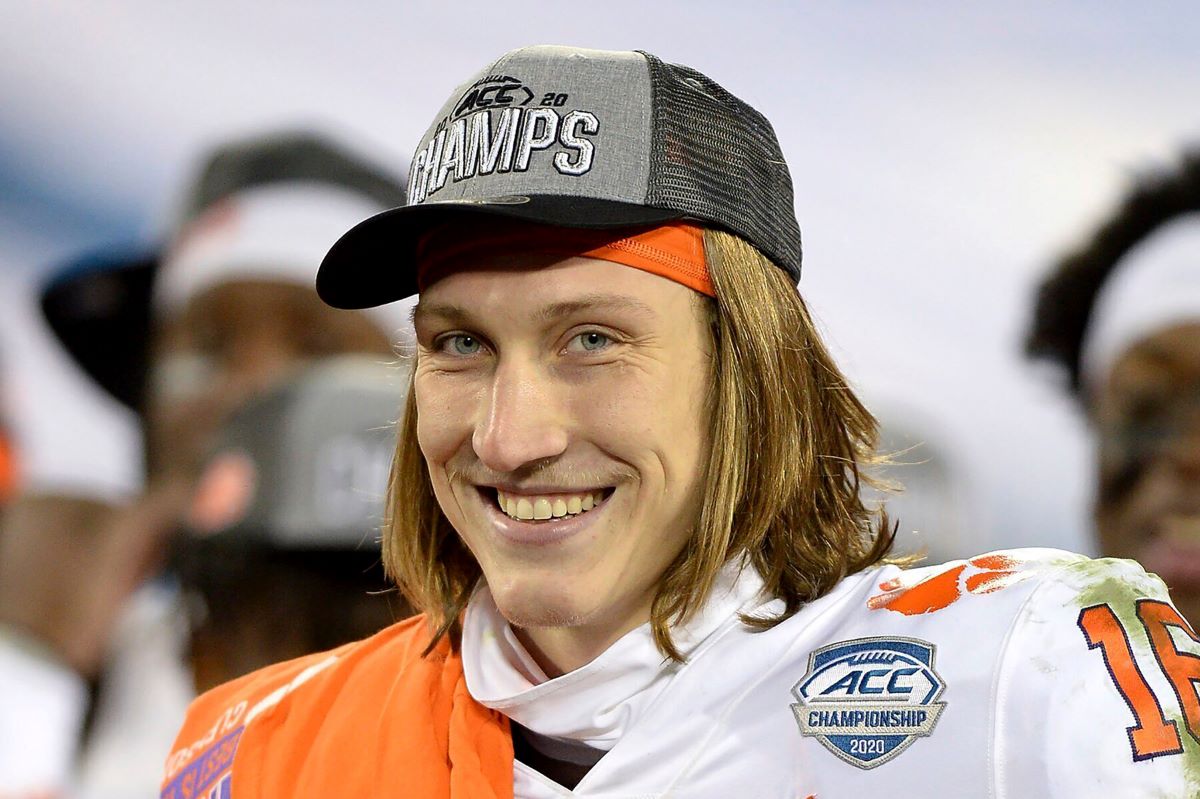 The 2021 NFL Draft kicks off this Thursday at 8 p.m. ET, and there’s been no shortage of speculation from the media in recent weeks. With a historic draft class at quarterback and a return to a somewhat normal in-person event, it’s certainly shaping up to be an exciting few days of NFL action.

Here are some of the biggest storylines the media is watching for:

After an unprecedented 2020 NFL draft in the midst of the early days of COVID lockdown, this year’s draft will still look a bit different than usual. The draft won’t be broadcasted from Commissioner Goodell’s basement again, but rather from multiple locations across Downtown Cleveland, including FirstEnergy Stadium and the Rock & Roll Hall of Fame.

Despite some live action, the majority of players will still be watching from home with their families, as only thirteen of this year’s top prospects will be allowed to attend. SI’s Brandon Little (@BrandonLittleSI) outlined the full list of players attending, noting that both Trevor Lawrence and Justin Fields have declined the invitation and opted to watch from home.

“Players expected to be in Northeast Ohio for the draft are as follows:

Many prospects rather take in the life changing moment surrounded by family and friends, which is always understandable. With COVID-19 still around the number of draft picks actually attending in person was always going to be low. The NFL was able to get 13 big names in person, so a little less than half of the first-round picks will shake Goodell’s hand and pose for a picture.”

All eyes are on the quarterback position at this year’s draft, with big names like Trevor Lawrence, Mac Jones, and Justin Fields projected to be taken early. The number of impressive quarterbacks on the board is causing a frenzy of speculation around which teams will execute trades in the early minutes of the draft.

Frank made strong comparisons between this year’s quarterback class and the historic 1983 draft class, but cautioned readers that at the end of the day, there’s always busts.

“This specific draft class is being compared to the 1983 iteration when future Hall of Famers Dan Marino, John Elway and Jim Kelly were all selected in the first round.

Then again, there’s a chance that it bombs out big time. Remember when Jared Goff and Carson Wentz went one and two, respectively, back in 2016? Both were seen as generational talents. Each signal caller was ultimately traded earlier this offseason after recent struggles. It’s the gamble teams are willing to take in order to find a potential franchise quarterback. It could also come back to bite some of these organizations in the back end.”

Last year’s draft posted historically high viewership numbers for the NFL, as millions of Americans tuned in during the COVID sports drought. With no live events taking place, Americans were hungry for any sports content, and ESPN, ABC, and the NFL certainly reaped the benefits.

The Athletic’s Richard Deitsch (@richarddeitsch) believes these draft ratings will be important indicator for how sports ratings will respond post-pandemic:

“This year’s NFL Draft is particularly interesting on a number of levels for television. Most prominently, it will tell us something about sports viewership after a year-plus of most jewel events suffering dramatic falls. Last year’s NFL Draft drew an average of 8.4 million viewers for all three days across ABC, ESPN, NFL Network, ESPN Deportes and digital channels. That topped the previous high of 6.2 million viewers in 2019 (plus-35 percent).

Can this year’s draft come close to those numbers? The answer to that question — in my opinion — will be an indicator for interest in other significant sporting events that return to their normal place in the 2021 calendar.”

John Ourand of Sports Business Journal wrote this evening: “Any comparison to last year, which averaged 15.6 million viewers for Round 1, will be difficult, especially considering that the sports scene was dark for last year’s draft. This year’s event will compete with MLB, NBA and NHL games.” Ourand writes that the NFL is trying manage expectations.