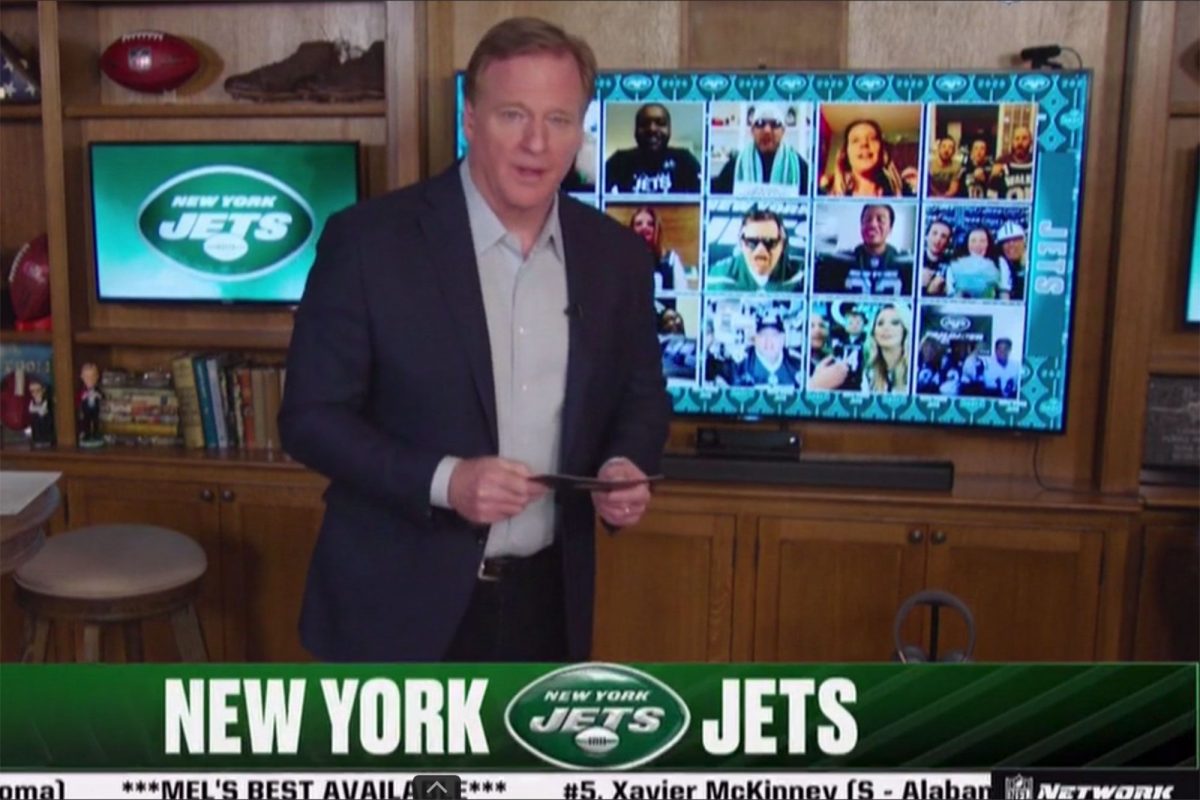 With Every Setback Comes Silver Linings: Pros of the Remote NFL Draft

Four days after the conclusion of the radically altered format of the NFL Draft, the league should take stock. Little was lost and much was gained. Four elements of the presentation were refreshingly new and resonated with viewers. Variations of them could be keepers.

The improvised format, executed out of necessity to comply with social distancing guidelines, brought an agreeable touch of home to millions watching across America.

Once thought to be as monotonous as reading a small town phone book, the draft produced its strongest viewership of all-time. The numbers were smashing. More than 55 million people tuned in over a variety of platforms through three days, on ABC, ESPN and the NFL Network.

The NFL’s first televised draft was in 1980 on a fledgling ESPN. Until then, there was little build-up to the annual event or any live pick-by-pick coverage.

Of course, this year’s increase can also be attributed to the fact that fans have been stuck indoors and sports activity is at a standstill. With viewers hungry and stadiums dark, the league wasn’t up against other athletic events either, be it baseball, the NBA playoffs or the NHL Stanley Cup.

Still, the transition from a central stage to people’s basements and living rooms brought palpable feel-good differences to the scripted presentations of previous years.

The 2019 draft in Nashville attracted over 600,000 exuberant fans. They cheered and booed passionately after each pick. This year, virtual interviews with selected players replaced the flashy stage. NFL Commissioner Roger Goodell’s basement took over his usual staid podium. Home celebrations were a substitute for hugs from the commish.

This viewing experience was unique, like so many other things in the new normal of today’s changed world.

These four elements introduced as an exigency should continue in some form going forward:

There was a welcoming aura. Viewers didn’t have a feeling of being intrusive while looking into tens of living rooms of players, coaches and executives. Fans felt comfortable in this more low-key setting, watching administrators execute their picks and draftees’ families fidget and text while waiting anxiously for their names to be announced. There was no dress code, leaving many NFL families in casual garb, a good fit in a home environment. It created a sense of equality and togetherness.

2. The remote NFL Draft also served as an effective fundraiser

The Draft-A-Thon raised well over $6 million to support covid-19 relief efforts. It reinforced a strong message to millions watching. Help one another during this difficult fight. Work collectively against the pandemic.

The money raised is being donated to national charities including The Salvation Army, Feeding America, American Red Cross, United Way, Meals on Wheels and CDC Foundation. Hosted by the  trio of Rich Eisen, Deion Sanders and Kevin Hart, the fundraiser fostered awareness, unity and hope.

3. It was more easygoing

Fans don’t know Commissioner Roger Goodell and many perceive him as robotic. But the remote presentation allowed fans to capture the friendly side of him. From watching him devour a large jar of M&Ms over three days to seeing his many outfit changes, viewers had their eyes on him in a way they never did before. He got up from his couch and extended virtual high-fives to picks. He spoke to the screen behind him, inside his man-cave basement.

Along with Goodell, fans were fascinated with seeing coaches and general managers work tirelessly in their homes, their families surrounding them. They liked the reactions of the draft prospects hugging their families. Seeing families together inside their homes provided a different emotional side to the event. There was a sense of community. It was fun watching New England Patriots Coach Bill Belichick’s dog Nike sit seriously by his computer or New York Jets Coach Adam Gase’s children cheer him on.

4. Fans felt connected to the coaches, general managers and even the prospects

This inside peek into where the families live was fascinating and connected viewers and participants somewhat. Some coaches like Zac Taylor of Cincinnati used colorful backdrops to provide a Las Vegas-like feel. It was Vegas that was scheduled to host the draft.

Arizona Cardinals Coach Kliff Kingsbury’s Paradise Valley home showed us a beautiful view of his backyard. We were also able to see raw reactions of prospects as they were chosen, including Henry Ruggs III in his robe after he was selected by the Las Vegas Raiders. What’s more homey than that? You never got anything like it on a stage or from a pulpit.

The 2021 NFL Draft will be held in Cleveland. Las Vegas will get in back in 2022. The NFL should continue feeding eager fans these novel components. The league, ESPN and the NFL Network did a solid job.

It was about improvising. The shield, social distancing, turned into an insightful and formidable resource. Let the wave of innovation continue.

Great analysis. And as a Las Vegan, I’m glad they’re trying us again!