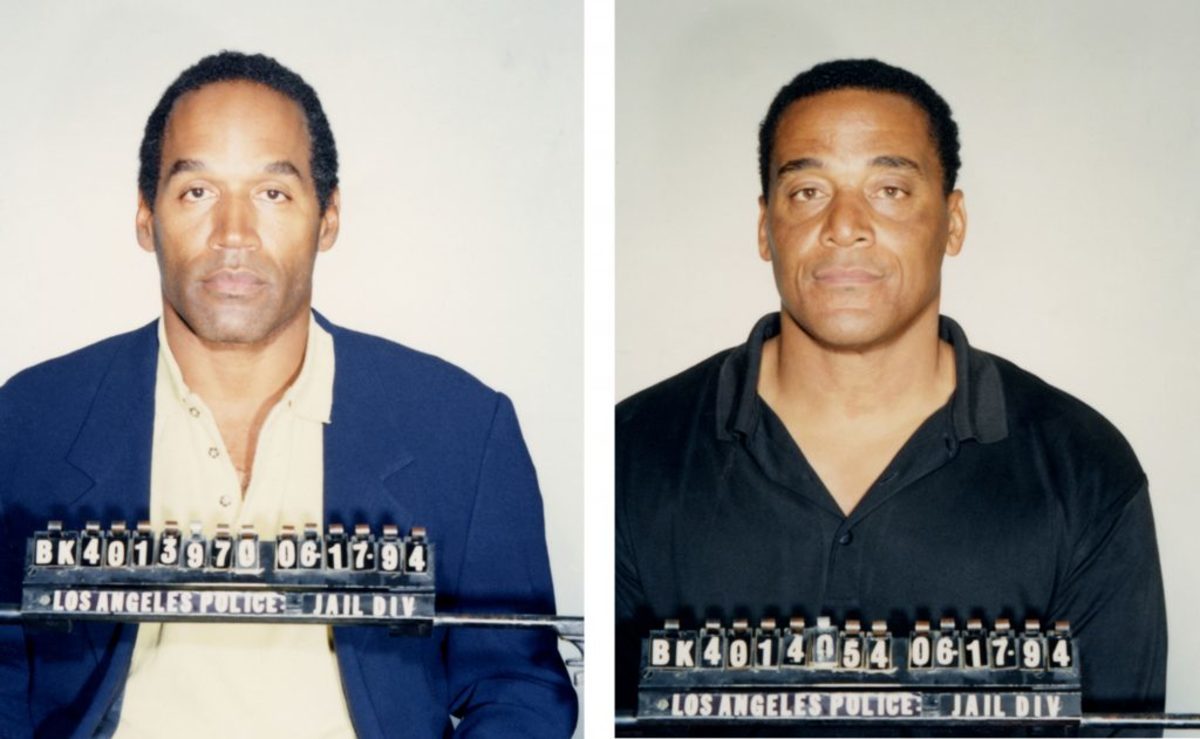 On June 17, 1994, 25 years ago today, it seemed like the whole world was watching a disgraced O.J. Simpson steal the country one last time.

Five days after the June 12th murder of the NFL Hall-of-Famer’s wife Nicole Brown Simpson and her friend Ron Goldman, O. J. was charged with double murder and asked to turn himself in by 11am to the Los Angeles police. How big a story was it? Some 1,000 members of the media were waiting for Simpson to arrive at the police station. But he didn’t show up.

On that bizarre and gripping Friday, a hopeless and despondent Simpson was joined by his childhood friend and former teammate Al Cowlings. They settled into Al’s white Ford Bronco and avoided police for hours.

The Juice was famous. After sparkling on the field for the Buffalo Bills, he was an analyst for Monday Night Football and had roles in a couple Super Bowl broadcasts. A strikingly handsome man with an engaging smile, Simpson was also a familiar commercial spokesperson for Hertz and an an actor whose credits included the comedy film series Naked Gun.

Unthinkably, this widely known soft-spoken Heisman winner was suddenly wanted on a murder rap. His life had turned upside down and understandably, the nation’s eyes were glued to the unfolding and unimaginable drama.

A tale of two coasts. The worst and best.

Some 2,500 air miles east in New York City, the setting was strikingly joyous. Madison Square Garden’s two major occupants, the Knicks and Rangers, were enjoying an almost unparalleled day of achievements. The Rangers, winners of the Stanley Cup, were given a championship parade down the city’s famed Canyon of Heroes in Lower Manhattan. The Knicks, who hadn’t won an NBA title in 21 years were playing game #5 of the NBA title series against the Houston Rockets. The series was tied at two. June 17th was also the start of the World Cup in America, and the late Arnold Palmer was playing in his last U.S. Open.

In the evening, Eastern Time, Simpson was spotted on an LA freeway. At that point, every television network went all-O.J. immediately. The Bronco was cruising at 35 mph, while police cars and helicopters hovered. Hastening the drama was the fact that while Cowlings was at the wheel, Simpson held a gun to his own head. Earlier, Simpson’s comments suggested to psychological experts that he was capable of suicide.

NBC had the NBA package. Marv Albert and Matt Guokas were on the game call. Bob Costas, himself at the Garden, nimbly hosted NBC’s coverage. “Fans and media both were crowding around me and looking over my shoulder at the monitor which sometimes had the game in its entirety, sometimes was following the Bronco chase and other times, strangely, had a split screen of the two,” Costas said.

“This wasn’t the usual transition from figure skating to skiing that you do in sportscasting, this was a rather unusual situation to say the least. I had almost no interest in the game. I watched the news ninety percent of the time,” Costas remembered.

Even the participating players were engaged and eager for news. Kenny Smith of TNT’s Inside the NBA was the point guard of the Rockets. He says that word of the chase had permeated the bench.

“’What’re you doing,’ Tomjanovich repeated. ‘We’re in the middle of the NBA Finals!’

“He draws up a play and I start walking out. He pulls me back and says, ‘Is he really on the run?’”

Later that year, Costas found out that Simpson had been trying to reach him at NBC’s studio from Cowlings’ Bronco. When he was patched through to the control room, a technician answered and asked who’s calling. When he said it was O. J. Simpson, the skeptical staffer hung up the phone, figuring and understandably so that it was a prank call.

“If he had gone on the air from the back of the Bronco, then that would be, I would guess, a memorable television moment, but it never came together,” Costas recalls.

Before the game, with O. J.’s whereabouts unclear, NBA commissioner David Stern asked NBC Sports head Dick Ebersol to stick with coverage of the game. Ebersol though watched the game on a small screen at the Garden with an early-generation cell phone pinned to his ear. He was on with NBC News president Tom Lack.

Twenty five years ago, the over the air networks still dominated television news and cable’s CNN was maturing. Smartphones were still science-fiction and the internet was an embryo at best.

NBC’s basketball announcers were told, “Do the game, but be ready for anything.” They were also ordered not to comment on anything except the game. “It was bizarre,” Guokas remembers. “You had a sick feeling. It was very unnatural.”

Tom Brokaw, anchoring NBC’s news coverage, popped in and out of the game telecast. Once, he opened his coverage saying, “You’re looking at dusk in Southern California. Another time,  he said, “We are looking live at a Bronco that is owned by O. J. Simpson’s friend Al Cowlings and is being trailed by a phalanx of police.”  Later, after Simpson had meandered the LA freeways and headed for home, Brokaw broke in again, saying, “You’re looking at a Ford Bronco. We’re told O.J. Simpson is almost back home.”

Meanwhile, Al Michaels, a longtime Los Angeles resident, was still ensconced at ABC. He joined the late anchor Peter Jennings on the network’s wall-to-wall coverage. For one thing, Al knows SoCal’s topography so he served viewers as a good geographical guide. Michaels also sniffed out a prank caller who was put on the air claiming that he was at Simpson’s house when the Bronco arrived and O. J. was prepared to surrender. Al told viewers, “That was a totally farcical call.”

He added rather dolefully, “I’ve been in contact with a number of other people who have been very close with O. J. through the years. We are shocked and dismayed. There was nothing ever, ever, in the past that would indicate O. J. would be capable of doing what he’s doing right now.”

Through all media outlets in a country of some 263 million at the time, it was estimated that 95 awestruck millions followed the painstaking hunt.

For what it’s worth, the Knicks won game #5, 91-84, taking a 3-2 lead in the series. But Houston won games six and seven to take the first of two back-to-back NBA Finals.

A day and night of infamy and intense intrigue was a prelude to The Trial of the Century in which Simpson was found not guilty.

Fascinating stuff, and I have to throw in that we were watching and I said we HAD to put on Dan Rather. My memory tells me Dan came on and said, “O.J. Simpson.” Pause. “An American icon.” Pause. “ON THE FREEWAY.”

One correction: OJ acting credits included being featured in the Naked Gun movies, not the”TV series” for which I don’t think there was one. Otherwise hard to believe it was 25 years ago.