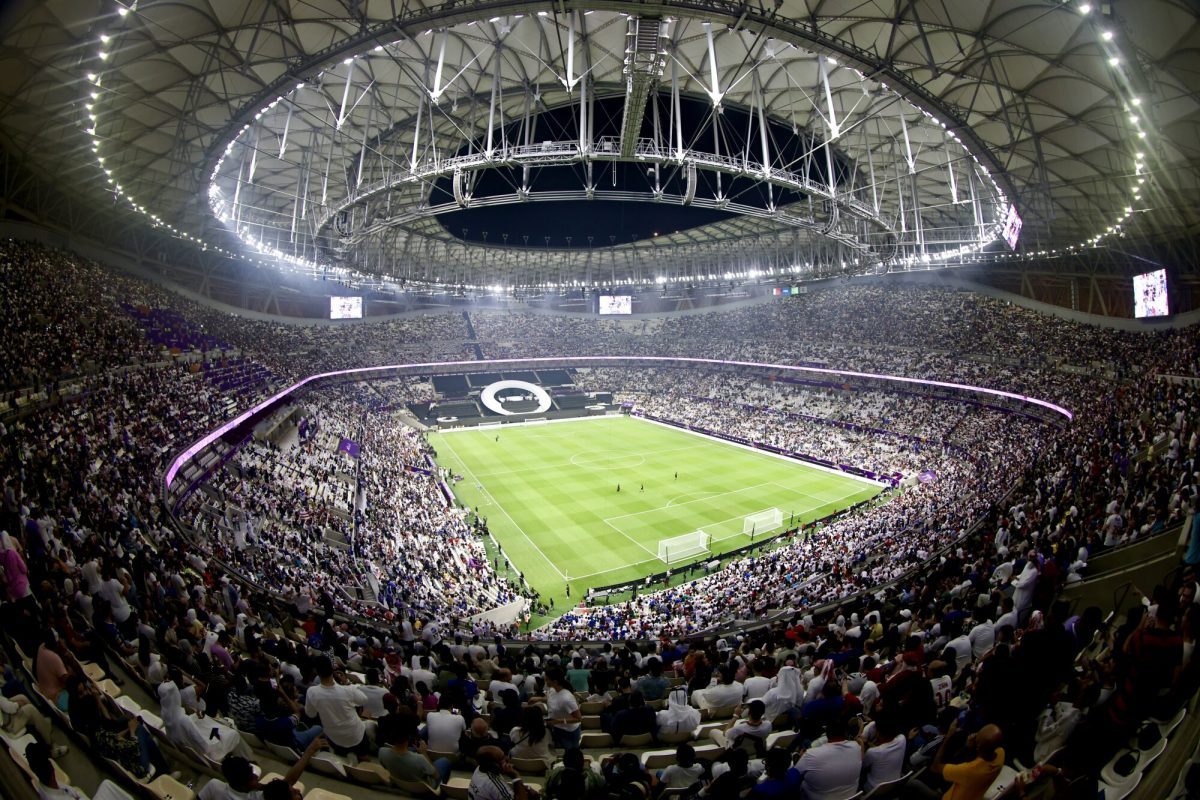 The FIFA World Cup, soccer’s premier international tournament and by many measures the biggest single sporting event in the world, starts on Sunday. 32 teams will compete for the trophy in the small Middle Eastern country of Qatar, whose desert climate has necessitated the tournament moving to November rather than its usual summer slot.

The United States, back in the tournament after not qualifying in 2018, opens up their group schedule on Monday afternoon against Wales. After that, they play England on Friday, November 25th, and Iran on November 29th. Should they place in the top two of that group, they will advance to the knockout stage. The US announced their roster on November 9th, and has the second-youngest team in the tournament, only ahead of Ghana. The team is expected to be led by Christian Pulisic, 24, and Tyler Adams, 23.

Every game of the competition will either be on TV or available for streaming, in both English and Spanish. Fox Sports holds the rights for the second consecutive tournament and will also televise the 2026 event, where the US is scheduled to be the primary host. In Spanish, Telemundo Deportes will be the broadcaster, with games streaming on Peacock as well. Telemundo’s lead announcing team will be legendary Argentine-American play-by-play man Andrés Cantor alongside former Mexican national teamer Manuel Sol.

Fox is sending all of its announcing crews to Qatar this time around, a contrast from 2018 when only two of the six teams flew to Russia. The following will be snippets on the play-by-play announcer and color commentators you will hear from on Fox when watching this tournament.

John Strong: Strong has been the American voice of soccer for a decade now and is not stopping anytime soon. The Oregonian became the inaugural voice of MLS’s Portland Timbers in his mid-20s and held the lead MLS announcing job for NBC before moving to Fox full-time in 2015. He is the lead announcer for all of Fox’s soccer properties, which has included MLS, the US men’s national team, and the 2018 World Cup. He will call all of the US’s games this cycle, and will continue all the way through the World Cup final.

Derek Rae: Rae has become a mainstay in American soccer commentary over the last three decades. Born and raised in Scotland, the Boston-based Rae will call his fifth World Cup this year, and his second for Fox. He is ESPN’s lead voice of the German Bundesliga and also calls games of La Liga in Spain for the Worldwide Leader. For the last five years, he has been the play-by-play announcer heard on the popular FIFA video game.

JP Dellacamera: Dellacamera is probably the American announcer most synonymous with soccer, and this will be his seventh World Cup. A regular on American soccer broadcasts since the 1980s, he remains Fox’s lead women’s soccer voice, as well as serving as the announcer for MLS’s Philadelphia Union from 2010 through the 2022 season. Most famous for calling the US’s wins at the 1999 and 2015 Women’s World Cup, he was named to the National Soccer Hall of Fame in 2018.

Ian Darke: Darke has made his imprint on the soccer community on both sides of the Atlantic. Darke has had a long association with the English Premier League in his home country, first on Sky Sports and now on BT Sport. He achieved immense popularity in America as ESPN’s lead voice of the US national team for the 2010 and 2014 World Cups, and also called the 2014 Final for the Worldwide Leader. Currently ESPN’s #1 commentator for La Liga, he is being loaned by Disney to Fox for this tournament.

Jacqui Oatley: Oatley was the first in a growing line of female soccer commentators in her home country of England. Oatley first made her name as a host, both in soccer and darts, making her debut on BBC’s highlight show Match of the Day in 2007. She is currently the lead announcer for Sky Sports’s Women’s Super League coverage, as well as broadcasting Premier League matches. This will be her first World Cup as a play-by-play announcer on American coverage.

Stu Holden: Holden has been Fox’s lead soccer analyst since 2017 and will work his second World Cup this year. Born in Scotland and raised in Houston, Holden played in MLS and the Premier League before injuries ended his career in his 20s. He made the US roster for the 2010 World Cup, appearing in one game. Holden will work with his regular partner, John Strong, during this tournament.

Aly Wagner: Wagner is Fox’s lead women’s soccer analyst, and will work her second men’s World Cup as a color commentator. The 2002 Hermann Trophy winner as college soccer’s top player, the Santa Clara graduate played 132 games for the US women’s national team, appearing in two World Cups and winning two Olympic gold medals. Beyond her Fox work, Wagner serves as the lead analyst for CBS’s coverage of the National Women’s Soccer League. She will commentate alongside Rae.

Cobi Jones: Jones is the US men’s national team’s all-time leader with 164 appearances. Having appeared at three World Cups, the UCLA alum was an easy choice for the National Soccer Hall of Fame. Jones is most associated with MLS’s LA Galaxy, who he played with for 12 seasons and became a color commentator for after his retirement, working with them through the 2022 season. He will work with Dellacamera.

Landon Donovan: Donovan is one of the greatest American male players of all time. He is the USMNT’s career leader in assists, and tied for the lead in goals. The 2009 MLS MVP played at three World Cups, scoring five goals. His most famous moment came in 2010, a stoppage-time goal to beat Algeria and advance the US into the knockout stage. Donovan has dipped his toes into the broadcasting waters before, but this will be his first World Cup as a game analyst. He will work with Darke, who called that famous goal of Donovan’s in 2010.

Warren Barton: Barton played over a decade in the Premier League, and joined Fox in the late 2000s. After his playing career ended, he worked as a commentator and studio analyst in England before moving to San Diego in 2008. Beyond broadcasting, he also works as a youth soccer coach. This will be Barton’s second World Cup for his longtime employer. He will be partnered with Oatley.

Maurice Edu: Edu is an up-and-coming soccer analyst who wears a lot of hats. He played primarily in MLS and in Scotland before injuries ended his career prematurely. He represented the US at the 2010 World Cup, playing three games at the tournament. During the 2022 MLS season, besides his Fox work, he served as the color commentator for Atlanta United, as well as the lead analyst for CBS’s coverage of international men’s soccer. He will mostly be in the studio during the World Cup, but will work one game with Darke.