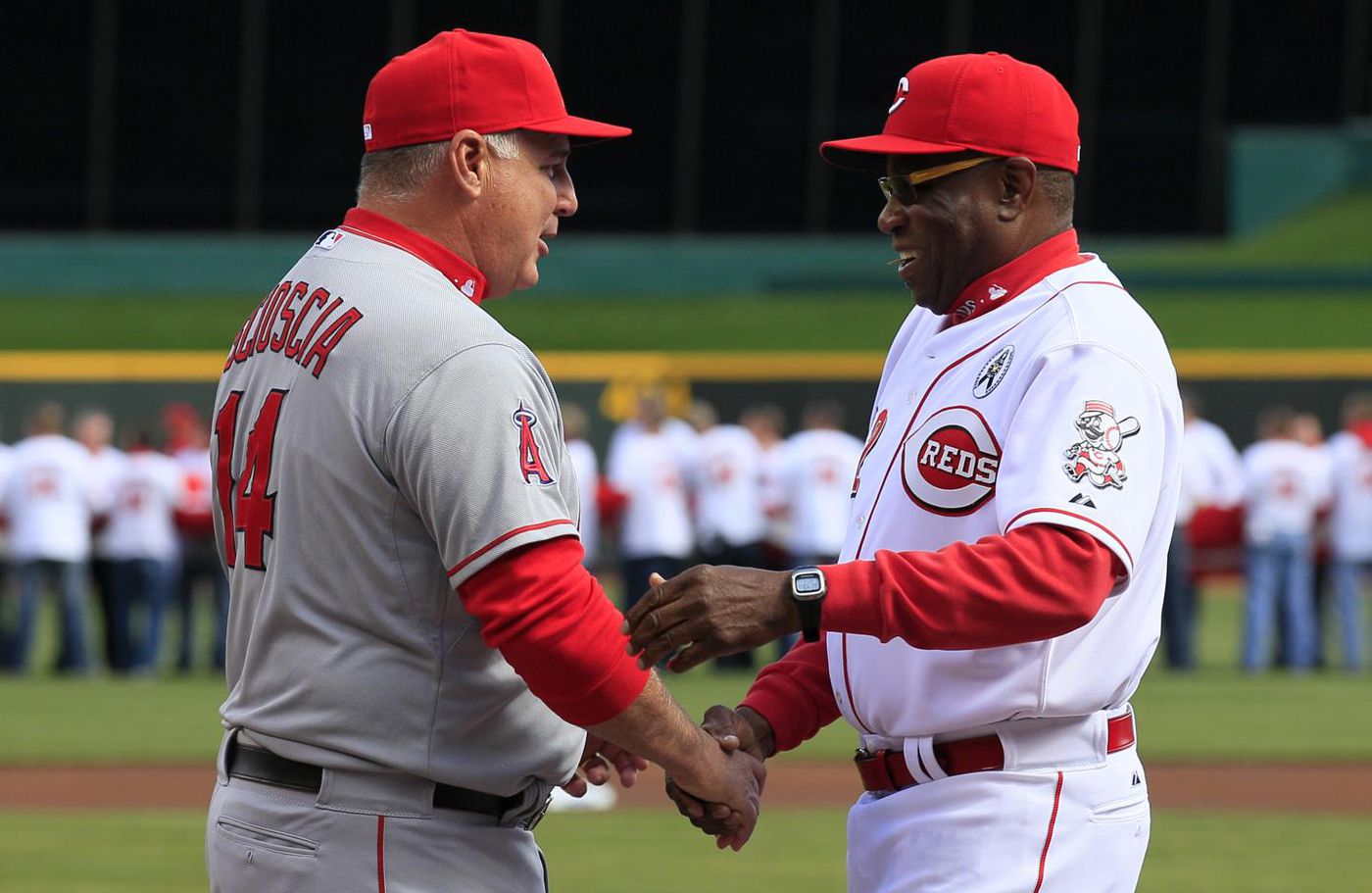 Dusty Baker and Mike Scioscia in 2013. The two managers opposed one another in the memorable 2002 World Series, Baker (Giants) and Scioscia (Angels). Baker served as a mentor to Scioscia when they were on the Dodgers' roster.

MLB is back with a season like no other.

More memories and more stories will be brought to the long history of the game.

Dusty Baker and Mike Scioscia have a story to tell.

Their history includes being teammates on the 1981 Dodger team.  Scioscia viewed Baker as a vital mentor in his career. Baker saw in Scioscia the drive to win and work at getting there-the kind of drive Baker has to this day.

Now they were a dugout apart. Baker managing the National League Champion Giants and Scioscia the AL champ Angels in the 2002 World Series.

Would they talk before the Series? What were they thinking when they looked across the field at a lifetime friend they were each trying to beat.

The Series would go seven games and the Angels would be World Champions, but this was a contest between two powerhouses where every decision mattered.

Would either have done things differently if they had a redo on those decisions? What are the memories for each manager that first come to mind about this Series?

After all these years, they revived the moments they felt most important.

Dusty will tell you about his 3-year-old bat boy son almost getting run over at the plate only to be saved by J.T. Snow.

Scioscia will tell how why he told his coaches not to talk to Dusty before or during the World Series and why he himself did not.

Most amazing, you are going to hear these two discuss with each other this World Series for the first time!!! They have never sat down to talk about these games;never!

That is one of the amazing aspects of this podcast venture. How often we find that times and games such as this that everyone assumes would have been resurrected between rivals over and over have gone untouched.

Dusty and Mike honestly share their memories with an underlying respect for one another that shines through.

Enjoy. This is a piece of baseball history you will find nowhere else.