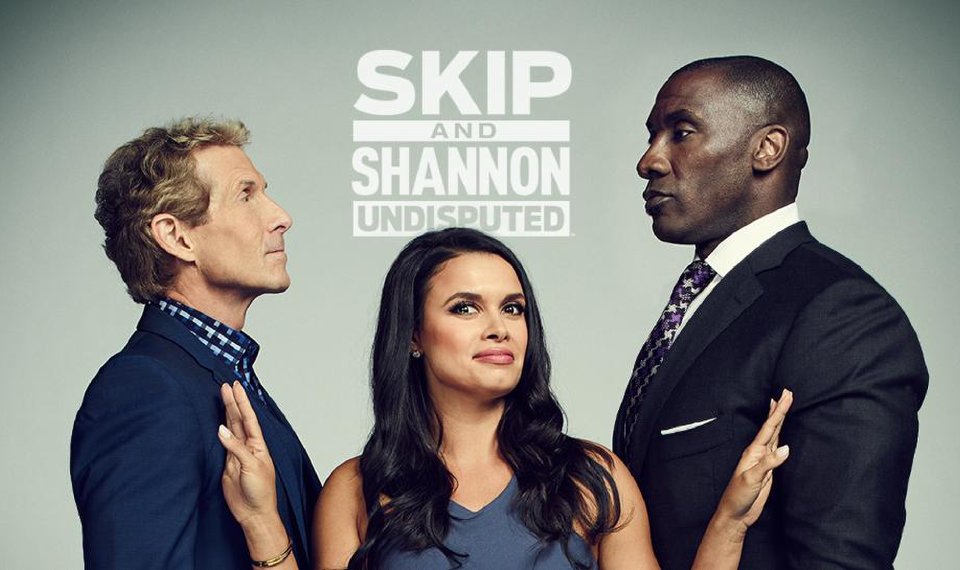 Skip Bayless: "This is when I applaud LeBron like never before. He's turned into the greatest superstar watchdog for social justice."

Celebrated ESPN anchor, Hannah Storm, eloquently took to Twitter reminding us all that the “sports world cannot treat racism as an ‘of the moment’ issue — we have a responsibility to help effect permanent change.” Hannah underscores how we all must be “committed to having long term and sustainable dialogue, education, and action.” Storm’s message is indicative of what must happen in the United States so that there is truly life, liberty, and the pursuit of happiness for all.

As social injustice conversations and demonstrations continue and as the resumption of sports continues to creep closer and closer, social media was booming.

Time for a look at the talkies’ takes on Twitter…

“Black folks: We need white people to acknowledge historical injustices that have created a disproportionate system, fix the broken, police culture and stop asking us to soothe them in difficult conversations about race.”

“If you’d like to learn how NOT to do public relations, pay attention to MLB on even-numbered days and MLBPA on odd-numbered days.”

“Politics have always been in sports. Where have you been? Tms win championships, where do they go visit?”

“Blacks have been in a pandemic since 1619 and we still haven’t found a cure.”

“This is when I applaud and laud LeBron like never before. He’s turned into the greatest superstar watchdog for social justice.”

“A simple theory that I have tried to apply in my daily life is – TREAT ppl like I want to be treated. If we ALL did that our nation would be so much better. We must all unite by having more positive communication – trust – respect – love for each other.”

Some talkies were a bit quieter than normal this week on their Twitter accounts: