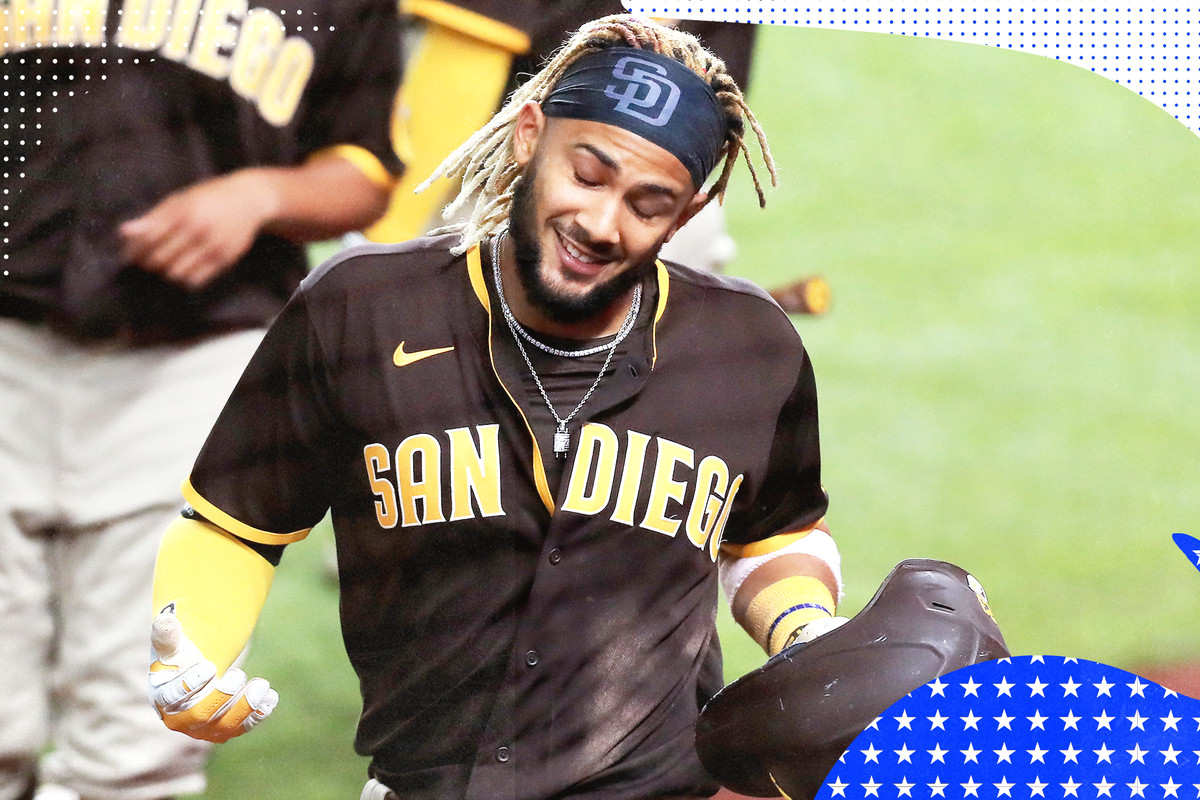 Fernando Tatis Jr.'s grand slam, hit on a 3-0 pitch with his team up seven runs drew attention from talk show hosts this week.

The talkies had lots to address this week; the first round of NBA playoffs, NFL training camp and the abbreviated MLB schedule hit again by positive COVID-19 tests.

The first NBA playoff round games came with surprises as the #8 Orlando Magic took down the #1 Milwaukee Bucks and the #8 Portland Trail Blazers beat the #1 Los Angeles Lakers. Do the number one seeds have something to worry about? Damian Lillard continues to draw attention for the Trail Blazers, but can he take his team to the next round?

The buzz around NFL training camp continues as players fight for roster spots and there’s word of of a possible “Bubble” environment for MLB’s postseason. Baseball’s unwritten rules were questioned after Padres’ shortstop Fernando Tatis Jr. hit a grand slam on a 3-0 count in the 8th inning with his team up seven runs on the Rangers.

With a lot to discuss, the talkies opened up:

Smith didn’t hold back this week and gave his opinions on NBA players and teams as the first round of playoffs begin. At the beginning of the week he expressed worry for the LA Lakers in their first-round matchup against the Portland Blazers. He also called Damian Lillard of the Blazers the best player in the NBA right now. He commended Lillard for a long shot in game one, tweeting that he “pulled up from the parking lot.” Smith felt the Philadelphia 76ers embarrassed themselves in their second game of the playoffs after they lost to the Boston Celtics 128-101. Even with the Clippers-Mavericks series tied at 1-1, Stephen A. Smith is not worried about the Clippers’ ability to win the series.

Skip was vocal as usual about the stars of the NBA. He doesn’t understand the hype for Damian Lillard, who has been a solid scorer for the Trail Blazers in the bubble. Skip tweeted: “He has the worst playoff winning percentage of any player in the NBA and the 2nd worst playoff plus-minus.” After the Milwaukee Bucks lost their first game of the series against the Orlando Magic, Bayless reminded followers: “I just can’t quite buy into Giannis and the Bucks.” He was also quick to question the Lakers after their playoff performance on Tuesday, specifically Lebron James and Anthony Davis. “LeBron and AD combined to go 1-10 from three, then each missed 2 FTs to tie, at 4:47 and 4:24. Best duo in the NBA??? Not tonight.”

Dianna Russini kept her social media feed filled with NFL updates this week. She spoke about Joe Burrow with a source from Cincinnati who described him: “As accurate as I have seen from a QB in a long time. He is also a better athlete than I thought he was going to be. He has a really cool confidence to him, the guys are already bought into him.” On Monday, August 17th, she was excited to let her followers know that it was a full pads practice day, the first of the season. Dianna tweeted out her support for Miami Dolphins Quarterback, Josh Rosen, who has been performing consistently in training camp. He is competing for a spot against Ryan Fitzpatrick and the Dolphins’ draft pick, Tua Tagovailoa. On another note, Russini wrote that it seems many talented beat writers are impressed with the league’s precautionary measures and feel confident the season could happen.

On Thursday night, Adam Schefter provided detail on Washington Head Coach Ron Rivera’s cancer. The ex-Carolina coach has been diagnosed with early stages of lymph node cancer. Schefter details that a treatment plan is in place, but doctors have encouraged him to continue coaching. He is told by week three or four, he will start to feel it, and in the case that he cannot continue to coach the team, he has a second option in place. Rivera told his team about his condition Thursday night and many expressed their well wishes.

Vitale loves college basketball and he began to post his concerns about the upcoming season on social media. He is worried as to when will be able to hear the cheering crowd again. Regardless, Dick feels the SEC will be dominant, with LSU and Kentucky as the top teams, pending on NCAA clearing Olivier Sarr for the Wildcats. Vitale expressed his frustration with the NCAA: “The time it has taken on OLIVIER SARR & other players really is not fair to these athletes.” He also tweeted out his support for a Kentucky-Indiana men’s basketball matchup in the future.

After the video of the dispute between a sheriff’s deputy and Masai Ujiri, the Toronto Raptors President of Basketball Operations, from the 2019 championship game surfaced, Rachel Nichols was quick to take Ujiri’s side. When the Alameda County Sheriff’s office stated they stood by their statement that Masai Ujiri was the aggressor in the incident, she asked that we judge what happened from the tape. She also retweeted Ujiri’s statement that was posted to the Raptors’ Twitter page, which called the aggression of the incident as racially motivated. Apart from that, Rachel was back in the studio for the NBA Draft Lottery Show on Thursday night. She had the chance to talk with Adam Silver, who feels their plan to start the next season on December 1st is feeling too early, as the league is looking to have fans back in arenas for opening night and is willing to push back the start to make that happen.

Jeff Passan didn’t hold back this week and gave followers his opinion as the MLB pushes to get through their season. On Monday, August 17th, the San Diego Padres’ Fernando Tatis Jr. hit a grand slam on a 3-0 pitch with his team up seven runs. Many were quick to judge, as it challenged an unwritten rule of baseball. Jeff Passan wrote in support of Tatis’ decision to swing: “If you don’t want someone to swing on a 3-0 pitch, throw a good 3-0 pitch.” He went on and joked: “Unwritten rules are unwritten because when you write them down it exposes how truly stupid they are.” After Thom Brennaman’s use of a homophobic slur on air, Passan apologized over Twitter for repeating the original slur in his tweet. He was quick to thank those who held him accountable. The baseball drama continued on Thursday afternoon when Jeff wrote that one player and one staff member of the New York Mets tested positive for COVID-19, and their game against the Miami Marlins was postponed.

Dan Patrick also weighed in on the swing on the 3-0 pitch by Tatis. He asks that we put some blame on the pitcher and adds that if he didn’t want him to hit a grand slam, he should’ve walked Fernando. Dan did have a problem with the fact that his manager signaled him a take sign, and Fernando decided to swing anyhow. He brings up the fact that softball and little league have mercy rules, but not Major League Baseball. If he wasn’t supposed to swing, there should be a rule against it.