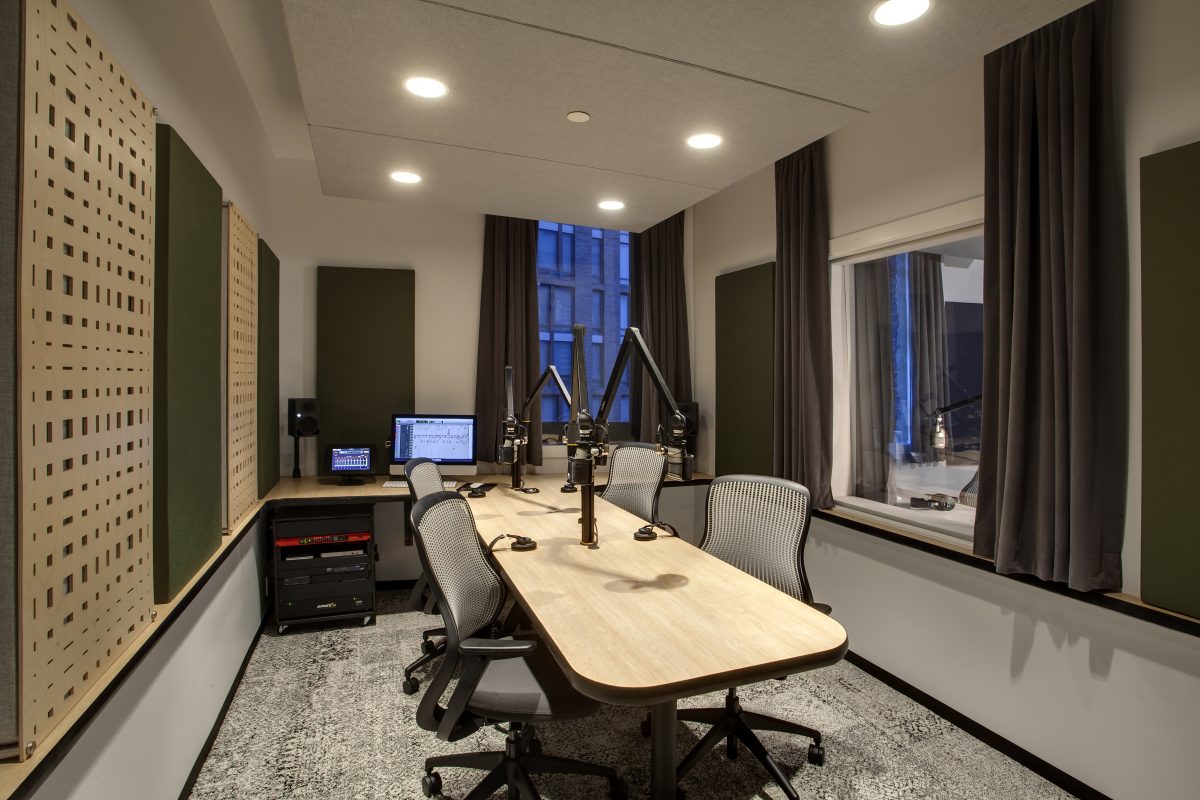 Podcasting is an increasingly popular medium for entertainment and the exchange of information in the United States. It’s one of the best ways people can educate themselves on various topics and learn about popular fields like sports.

Personally, I think that if you’re new to the sports world, podcasts are the best way to get an introduction to key players, broadcasters, and teams to root for. If you’re looking for sports content that extends beyond game recaps, injury reports and postseason predictions, these are five podcasts that blend sports news and pop culture.

These podcasts hosted by athletes and broadcasters focus on various topics from sports controversies to music, to navigating seasons during 2020.

The Gist of it 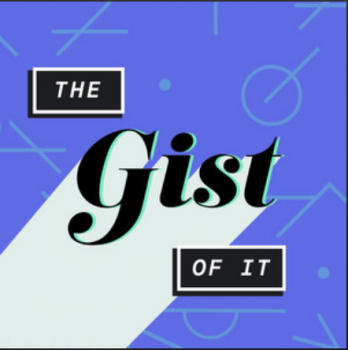 This podcast is hosted by Ellen Hyslop and Stephanie Rotz and is connected to a greater newsletter and website called The Gist which  currently has more than 60,000 subscribers and features evenly distributed coverage of men’s and women’s sports. Their newsletters and podcasts not only include weekly recaps and stats but also cover topics such as unionizing student-athletes, mental health in sports and the absence of black coaches in the NBA and other professional fields.

● Where: Apple and Spotify Podcasts.
● When: Weekly
● Recommended Episode: Colleges are Taking Advantage of Black Athletes. In this episode, Ellen and Steph analyze reasons why college athletes should unionize. One of the key reasons both women feel that this is a perfect time for college athletes to unionize is the Corona Virus which disproportionately affects BICOP people, a demographic that Ellen and Steph argue college athletic programs take economic advantage of. They do a good job of explaining this issue, which is also being talked about by other analysts and broadcasters, including Dominique Foxworth. If you’re new to this issue behind college athletics, this episode gives you a good overview on the matter.
● Website: https://www.thegistsports.com/ 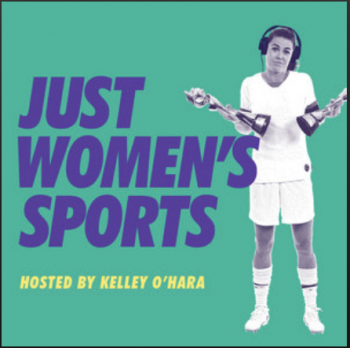 Hosted by two-time World Cup Champ and Olympic gold medalist Kelly O’Hara, she sits down with some of the biggest names in sports including recent WNBA champ, Breonna Stewart, Olympic Snowboarder Chole Kim, and basketball legend Candace Parker. O’Hara talks with these players to share the untold stories of life as a professional athlete today.
● Where: Apple and Spotify Podcasts.
● When: Weekly.
● Recommended Episode: Alex Morgan and Alex Morgan on Motherhood. O’Hara was the first person to interview Alex Morgan since the birth of her daughter. The two former teammates discussed everything from Morgan’s late start into soccer to her experience fighting for equal pay, and the significance of the 2011 World Cup. However, O’Hara was especially moved by Morgan’s thoughts on motherhood that she interviewed her for a bonus episode focusing solely on Morgan’s experiences being a new mother while trying to prepare for an Olympic season.
● Website: https://www.justwomenssports.com/podcast 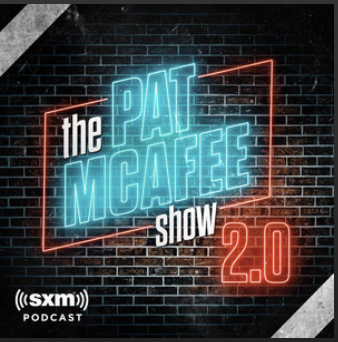 Former NFL punter Pat McAfee and his friends discuss football in a comedic, intelligent and entertaining way. Through his seasoned experience as an NFL player and his unique and unfiltered approach to his interviews, football fans get a new appreciation for the sport by hearing fresh and untampered opinions. Also, the casual setting allows Mcafee’s humor and big personality to show, making it easy for listeners to feel like they are in the room and a part of the conversation.
● Where: Apple and Spotify Podcasts.
● When: Monday-Friday.
● Recommended Episode: Aaron Rodgers, Charles Robinson, and AJ Hawk. The interviews with Robinson and Hawk are well worth the listen, but the most interesting part of this episode is the conversations between Macafee and Rodgers. Every week, Aaron Rodgers appears on the show to talk about his performances and the league as a whole. It’s a great time to hear Rodgers’ unfiltered thoughts about his career, and people’s perceptions that his time as a QB is in decline. Rodgers makes these points and more, making this episode a good indicator of the type of unique content you get from the Pat Macafee show.
● Website: https://www.patmcafeeshow.com/

Tea with A & Phee 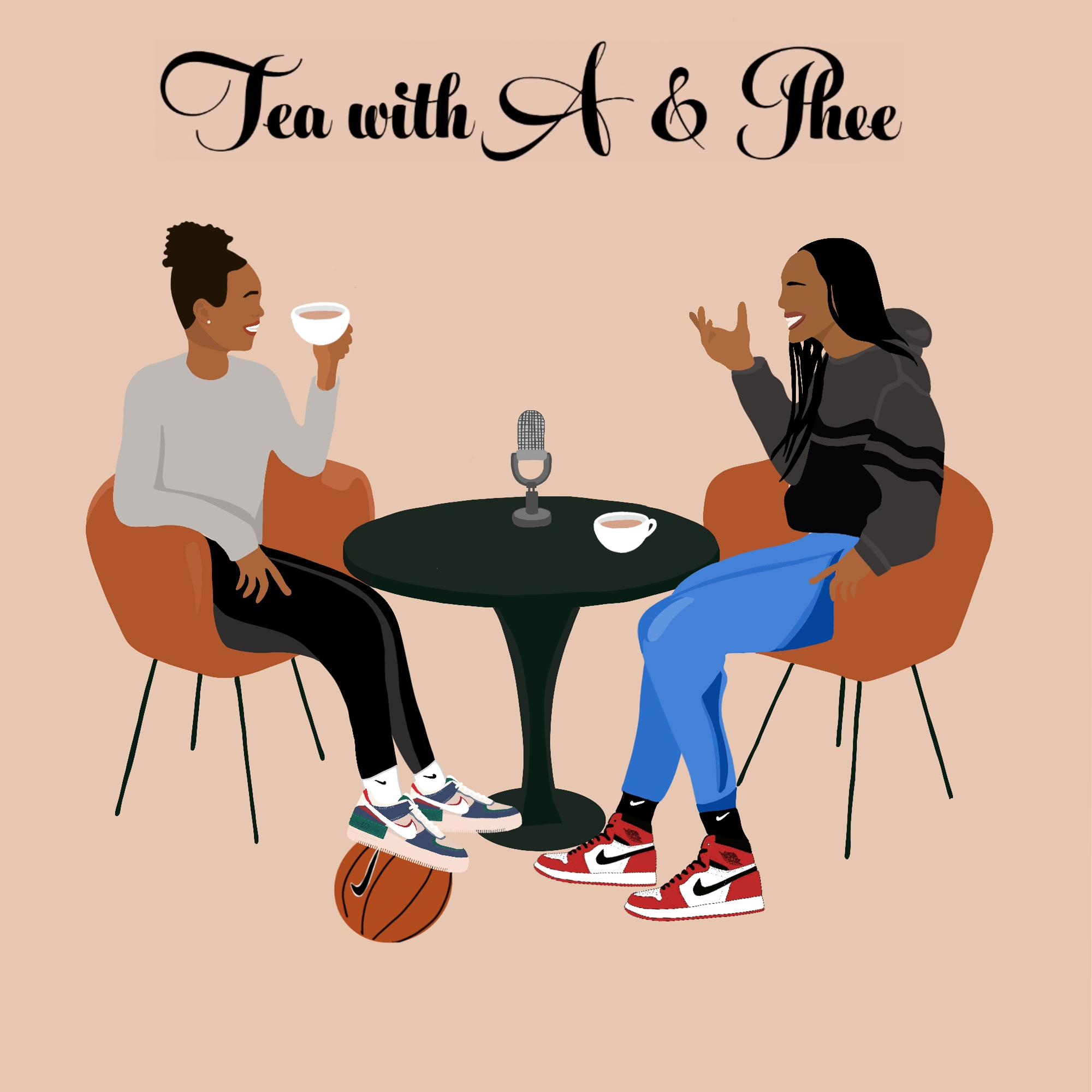 This podcast is started by two current WNBA stars, A’Ja Wilson and Naphessa Collier. During the regular WNBA season, these two women talk in-depth about the season, life in the Wubble and feature guests like Candance Parker, Kevin Durant, and Damion Lillard. It’s a great perspective show on what life is like as a professional basketball star.

● Where: Spotify and Apple Podcasts.
● When: Weekly during the regular WNBA season.
● Recommended Episode: Shimmying With Steph Curry. This episode features one of the best shooters in the NBA, Steph Curry. They talk about everything from his life outside the NBA Bubble, how to shimmy after hitting a three, and his basketball select camp SC30. It’s especially interesting to hear about Steph’s passion for his youth camp which he believes is a way to grow and spread awareness for women’s basketball, which he believes is just as good as the NBA.
● Website: https://www.instagram.com/wnbatea 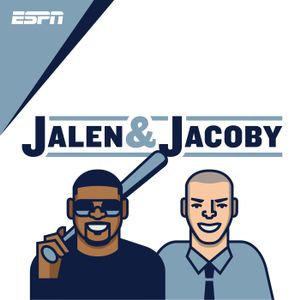 An underrated classic! Former NBA star Jalen Rose, and seasoned ESPN analyst and broadcaster David Jacoby are known for “giving the people what they want,” since 2011. These two friends cover everything from recaps to music, to pop-culture and societal news. Some of their recent guests include 4-time WNBA champion, Sue Bird, and famous rapper 21 Savage.

● Where: Apple Podcasts, ESPN 2, and Spotify
● When: Daily Monday-Friday
● Recommended Episode: 21 Savage Stops by the Show. This most recent episode covers topics from Morgan Freeman’s guest audio on 21 Savage’s new album Savage Mode 2 to a pre-game preview of NBA finals game (10/9/20) between the Heat and Lakers. Jacoby highlights James’ professionalism while chasing records that Michael Jordan set and Jalen turns to his personal experience covering and playing against James to mention that it’s time for people to start talking about him as an NBA legend. Given the nature of the Heat upset on Friday, this episode offers good insight on what Jalen and Jacoby think. Towards the end of this particular episode, Jalen and Jacoby also comment on how the Coronavirus and current social and political environments affect their lives, jobs, and the sports world. They even go into depth about the recent mandate that allows Hard Rock Stadium (location for the 2021 Super Bowl) to fill its stadium with over 65,000 fans.