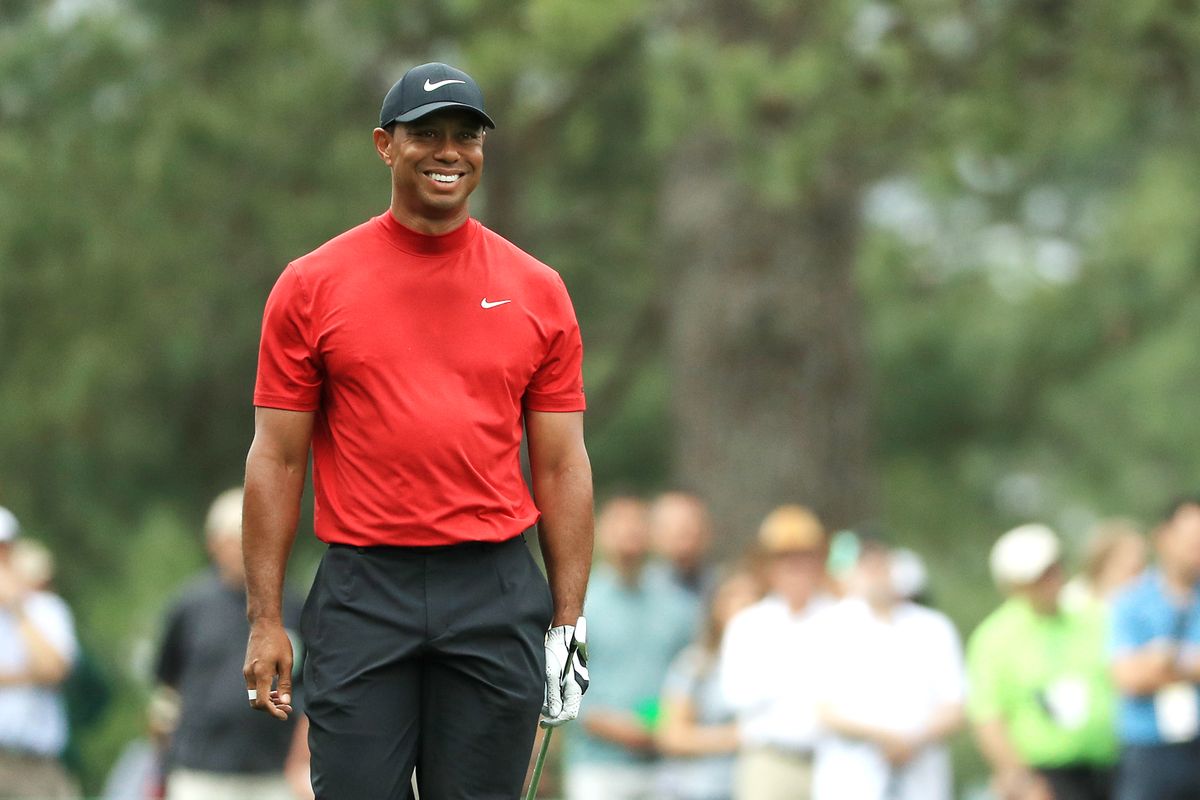 Can you think of any network sports announcer who covered two historical, frenzied and emotionally charged wins in a matter of seven days?

Forget about announcers. How about identifying any two events, where champs emerged from different sports and from the depth of ignominious defeats to reach the top of their respective worlds in the same week?

Jim Nantz will never forget these past seven days. If he does an autobiography, he can devote a chapter or two to them.

He was so moved by Tiger Woods’ comeback win that his voice might have even cracked a bit when he interviewed the Masters’ champ in Butler Cabin. He got Tiger to open up, to talk about how his own dad was there when he won his first Masters n 1997. Now, 22 years later, his own son, Charlie, was there to celebrate it with him. Earlier, when CBS cameras picked up the hug of father and Charlie, Nantz said it was only rivaled by the ’97 emotions of Tiger and his dad, Earl.

Jim is careful not to exaggerate but called the victory, “one of the greatest moments in sports history.” He went on to tell viewers that Jack Nicklaus sent a message from the Bahamas to congratulate Tiger. Woods needs one more Masters win to equal Nicklaus’ total of six, the last of which was earned in 1986 when he was 46.

Some might think of Nantz as corny, yet sports are about emotion and Jim captures human interest angles today as well as anyone. When Tiger’s round was complete and he was the official champ, Nantz aptly called the achievement, “a return to glory.”

You can let your mind wander, searching for recoveries of historical equivalents. For Woods, it’s been a decade of crawling through darkness, personally and professionally. There was Nixon, losing the presidential race to Kennedy in 1960 and the California gubernatorial race to Brown in 1962. Drained, he told the press, “You won’t have Nixon to kick around anymore.” He headed for New York, supposedly retired to private life, only to win the presidency six years later. Woods never pretended to quit. His determination was uncontainable.

You might think boxer George Foreman who knocked out heavyweight champ Joe Frazier in 1973 then lost to Ali in 1974’s Rumble in the Jungle. He retired in 1977 and became an ordained minister. In 1994, at age 45, Foreman beat unified champ Michael Moorer to win the WBA and IBF title.

If the shortest distance between two points is a straight line, Tiger came full circle. Back at Butler Cabin to get another green jacket.

There’s Virginia, a number one basketball seed a year ago, losing to a number 16 seeded school, few knew existed, (University of Maryland, Baltimore County). Coach Tony Bennett, family and team suffered for months through the depth of despair. Baltimore was where a television station fired Oprah Winfrey at the start of her career. Oprah didn’t wilt. She ascended to the top of network television talk.

When a camera caught a crowd shot of Tony’s wife Laurel whose sets of fingers were nervously interlocked, he had a quick nugget about how the two met. Nantz referenced back to how Bennett viewed the stinging loss to UMBC as a gift and the helpful call and counseling he got from former NFL coach Tony Dungy. It’s all about the story-line and stories. It’s why Nantz is at the top of his game. Jim turns 60 on May 17th.  While others screech annoyingly, Nantz enriches the picture softly.

The closest double-sports parallel to what fans witnessed these past seven days occurred a half century ago. Two pulsating and unimaginable victories gripped a city in a time-frame of nine months.

It occurred during a time when Mayor John Lindsay called decaying New York, Fun City. On January 12, 1969, the New York Jets were quarterbacked by a popular bon-vivant, Joe Namath. He led a vastly underestimated AFL team to a win over an NFL juggernaut, the Baltimore Colts in Super Bowl III. The pro football world was shocked. Meanwhile, the win strengthened the grading of the AFL in the evolving years of its merger with the stronger NFL.

Some nine months later, on October 16th, the city celebrated an eye-popping championship, the lowly New York Mets were World Series winners. It brought the citizenry together as the city continued to slowly fall into a financial abyss. A couple weeks later confetti cascaded onto Broadway’s Canyon of Heroes. The Mets, the butt of jokes beginning with their their birth in 1962 brought happiness and unexpected encouragement to an amazed city.

Virginia was a number one seed again this year so it’s tough to label its NCAA title an upset but it was unquestionably a remarkable climb from the proverbial outhouse to the penthouse. Interestingly, Nantz, who’s not in the prediction business, told a Virginia newspaper last fall that he envisioned a big bounce-back year for the Cavs.

In golf, individuals play against themselves. Not sure if Tiger’s win can be called an upset. Yet, at 43, 11 years removed form a win in a major and 14 years from a Masters championship, Tiger Woods’ victory was uplifting and unforgettable. His win will serve as a sales jolt for the products of his sponsors and for the golf industry overall.

On NBC, Curt Gowdy called both the Jets Super Bowl championship, a win that Namath guaranteed, and later he did the Mets World Series title too which was labeled by some, the Impossible Dream. When the football game ended and Jets’ coach Weeb Ewbank shook Colts’ coach Don Shula’s hand, Gowdy talked about the fondness that Ewbank had for Shula who had played for him. For Colts fans, Gowdy’s words were emollient. Ewbank, he said, felt that Shula would make for a great coach. He did of course.

During the World Series, Gowdy teamed with Lindsey Nelson in game five, when the Mets won it at Shea Stadium. The Mets were Nelson’s team in the days that the local voices partook in NBC’s World Series coverage. Still, my memory of it includes Gowdy’s warmth, a hallmark of his work when he dominated network play-by-play.

The two breakthrough wins this week were exhilarating and when Nantz finally hangs up the microphone, they will define his career more than any other week he’s had during his thirty plus years at CBS. No other network voice from Scully to Michaels and McKay to Whitaker ever experienced what Nantz did, covering two nationally stirring events in rapid succession.

CBS gets a giant A for coverage of the Masters of our generation; Nantz an A+; Lundquist in old form

I wouldn’t mind having the week that Jim Nantz had! It’s true that Nantz is corny. That doesn’t always go over with the big city TV critics, it seems to me, but he’s popular in the heartland, and that’s who he’s appealing to. The key thing, though, is that he’s always prepared. Yes, there’s someone providing info and someone else talking in his earpiece, but there’s a story Lindsey Nelson told of being praised for his work once and citing all of the help he had. His admirer–Bill Terry, the great Giants 1B/manager–said, “Yes, I know, but you had to… Read more »