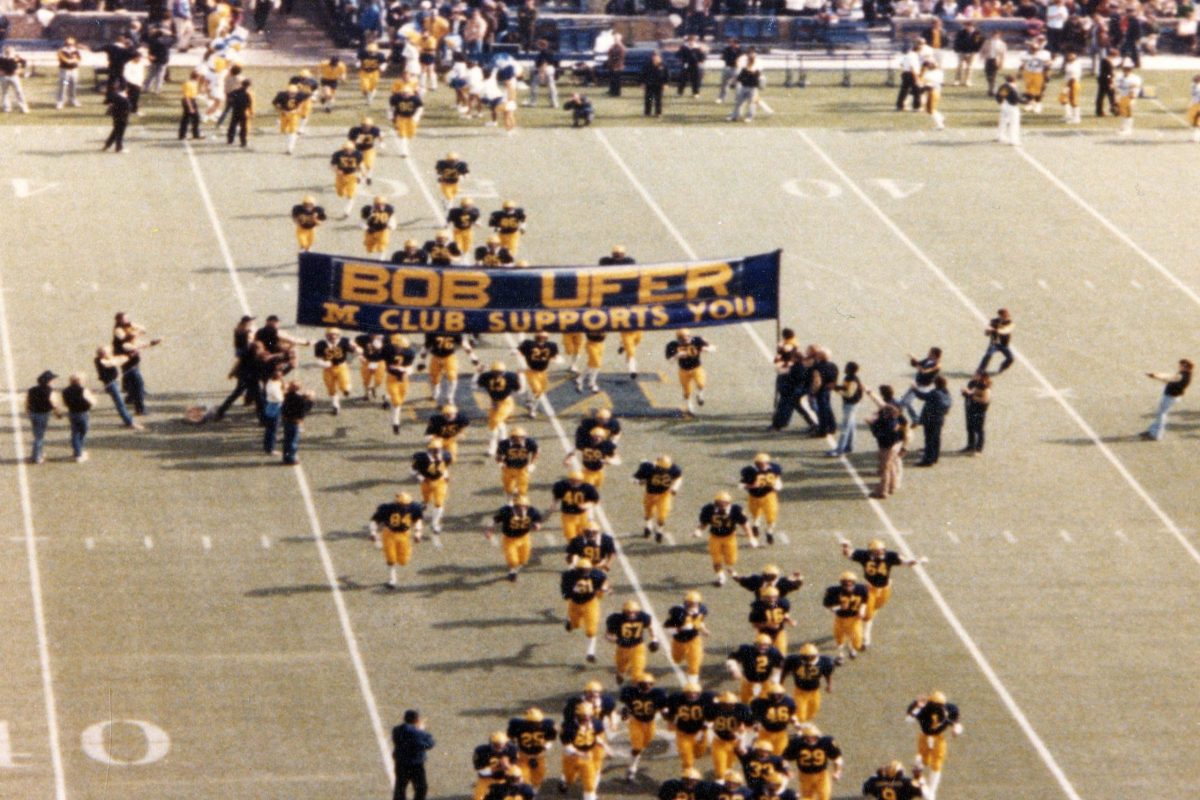 The Big Ten is back and no one in heaven can be happier than Bob Ufer. The Wolverines are at Minnesota tonight to open the delayed season.

Players come and go. The enormously successful coaches were deified and the mediocre were quickly forgotten

Voices build bonds and are a special breed. They might as well have draped themselves in the school colors. 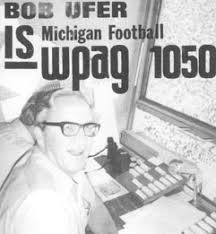 The school’s longtime football broadcasters are iconic, particularly so before every game was on television. Their names, voices and most importantly their impassioned calls are indelibly entwined in the school’s history.

Larry Munson at Georgia, Al Ciraldo at Georgia Tech, John Ward at Tennessee, Lyell Bremser at Nebraska, Jim Zabel at Iowa and Van Patrick at Notre Dame are names that hit me first. There are others too, today. Today, you might think Gene Deckerhoff at Florida State and Eli Gold at Alabama, among others.

As we celebrate the 100th birthday of these noted broadcasters, a classic name that hits my consciousness is Bob Ufer, the longtime voice of the University of Michigan football. To Ufer it wasn’t just Michigan. It was “Meechigan.” That’s how he bellowed it with heart and energy. His passion made him a fan favorite around the state, and with alumni around the country.

Ufer’s love for Michigan wasn’t fabricated. It ran deep in his blood and genuinely so. He was born in Cleveland and raised outside of Pittsburgh. He went to Michigan on an athletic scholarship and he turned into a three time champion in the 440 yard dash.

In 1978, he was among the first class that entered the University of Michigan Athletic Hall of Honor. Others included President Gerald Ford, longtime Tigers’ catcher Bill Freehan, basketballer Cazzie Russell and footballer and broadcaster Tom Harmon.

Ufer began broadcasting Wolverines’ football in 1945 and continued for parts of five decades until his death in 1981. He was a young 61. He passed just nine days after his last broadcast. But his spirit and soundtrack live in perpetuity. The man just poured all his soul into his call.

In fact, there’s an annual Bob Ufer Quarterback Club event and even a website that honors his legacy https://www.ufer.org/  The masthead makes it clear, “The name Bob Ufer is deeply woven into the fabric of University of Michigan Athletics.”

Bob had a strident voice, one that was shrill, yet one full of life. He’d address big crowds at rallies and other events to stimulate the fan base. To get a sense for his unrestrained emotion, this pep talk would generate chills for any Michigan fan. Ufer pep talk and play-by-play

The praise for Ufer is articulated by those at the top of the pecking order. Coach Jim Harbaugh: “Nobody could describe and represent the pageantry and pomp of Michigan football like Bob Ufer … Nobody.” Our late Chief Executive, Gerald Ford, a center on the Michigan gridiron in the 1930s: “There was no question about it. Bob had an intensity for the University, and of course he loved football and he made it come alive on radio.”

Bo Schembechler who led the Wolverines on the sidelines for 21 years and was later the school’s athletic director couldn’t have said it any better: “He became an institution because he was different than anybody else … an interesting thing about him is … he was genuine. The only broadcaster I ever knew that could make a three-yard spurt sound like a ninety-yard touchdown run.”

Last year, the Michigan Athletic Association website paid tribute again to the man whose name is interchangeable with Wolverines football.

“Today we honor the memory of legendary MEEECHIGAN radio voice Bob Ufer who passed away on this day in 1981. While we lost Ufer 38 years ago today (10/26/1981), the old boy is FAR from forgotten. His famous calls still echo in the lots, in the neighborhoods, over the golf courses, and in homes from coast to coast – from the coast of Lake Michigan to the coast of Lake Erie when his beloved MEECHIGAN football plays on Saturdays.”

The Michigan-Notre Dame series always has had heated stakes. Going into 1978, the schools hadn’t played in years. The week leading into the rivalry matchup, Michigan quarterback, Ricky “The Peach” Leach couldn’t practice because of an ankle sprain. So prior to the game Ufer gave Leach an inspiring pep talk, after which the quarterback said he’ll give it a go. Leach did. He led his team to a 28-14 win over the Irish.

For a real living, Ufer sold insurance and did so successfully. Bob had his own insurance agency for years. He was a natural seller.