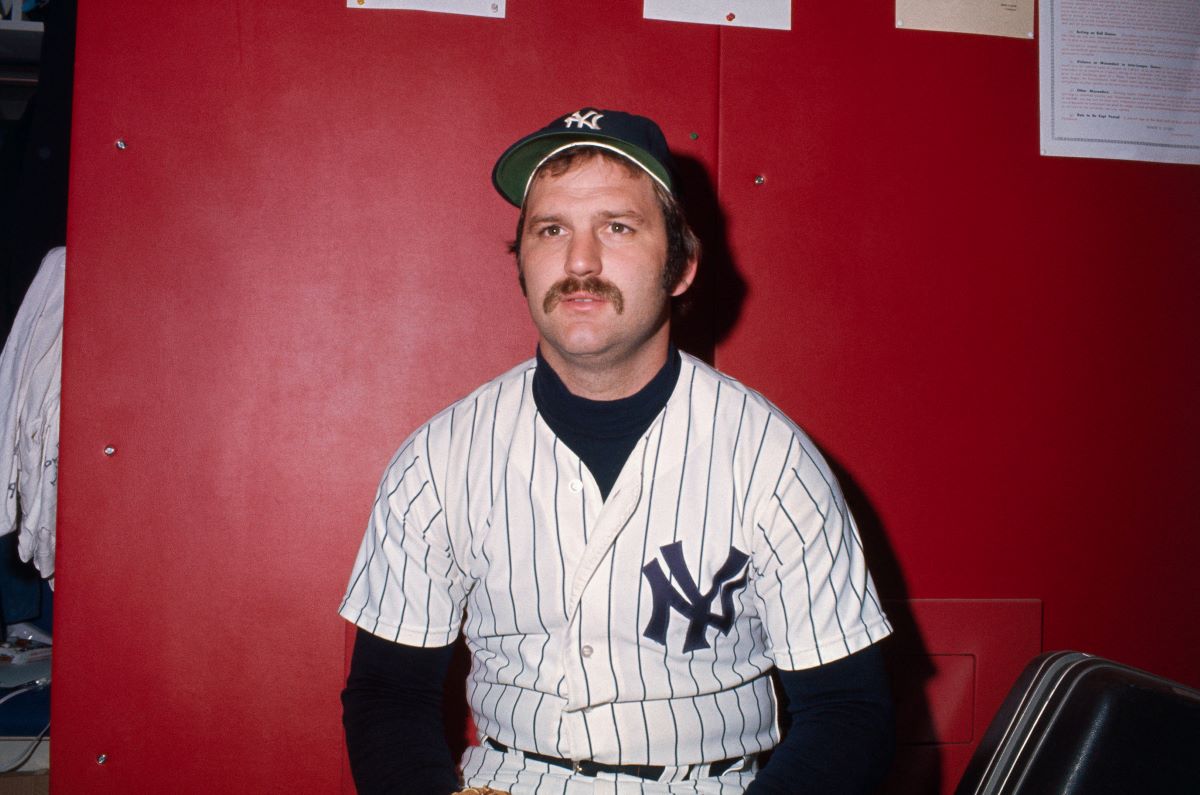 Yankees catcher was killed on August 2, 1979 while flying his own private plane that crashed while landing near the Akron-Canton Airport in Ohio.

This week in sports, the first seven day of August, represents quite an historical mix. There’s the Thurman Munson tragedy, the milestone of Barry Bonds’ debatable record setting all-time homeruns, Joel Youngblood, getting two hits on the same day for two separate teams in two different cities and how a beloved Mets’ pitcher Tom Seaver got his 300th win with an ironic twist, doing so at Yankee Stadium as a member of the White Sox.

At the Summer Olympics in Atlanta, Georgia, Michael Johnson smashed the 200m world record by 0.30 seconds, with a time of 19.32 seconds.

NBC’s outstanding and underrated Tom Hammond was on the call. Commentary on NBC was provided by Dwight Stones, Craig Masback and Carol Lewis. 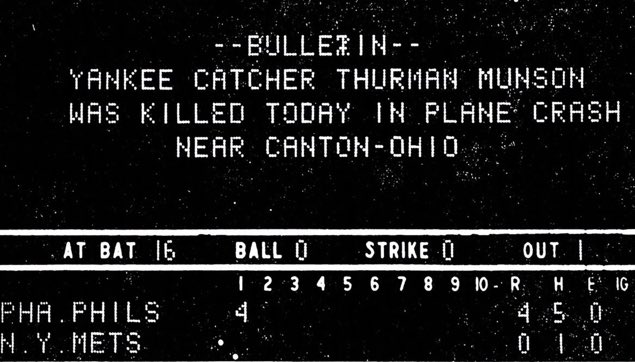 Thurman Munson, catcher for the New York Yankees, was killed in a plane crash near Akron, Ohio at age 32. (left, news posted on message board at Shea Stadium where Mets were playing the Phillies). The game at Shea was halted for a moment when the news hit the board. Stunned payers just stared at it in heartbreak and disbelief.

After the Yankees returned to Yankee Stadium for their first game since the tragedy, Yanks’ television director Don Carney froze a shot on the screen that ran for minutes in silence. It was an overview of a deserted home-plate, no hitter in either batter’s box, and the area behind the plate hauntingly empty. The Yankees voices that yeas were Phil Rizzuto, Bill White, Frank Messer and Fran Healy. White told me that Munson was as tough as nails. “I loved talking with him,” White said recently.

The Basketball Association of America and National Basketball League merged to form the National Basketball Association. The BAA is considered the forerunner to the NBA which will celebrate its 75th anniversary this fall and will name its 75 all-time, top players. The Minneapolis Lakers who dominated the NBA through much of the 1950s were one of the NBL teams absorbed by the new NBA. The Lakers had great players like George Mikan, Vern Mikkelsen, Jim Pollard and Slater Martin.

Pioneer NBA announcers through the league’s first decade were New York’s Marty Glickman who wrote the script, Les Keiter also of New York, Glickman protégé Johnny Most in Boston, Bill Campbell in Philadelphia who covered the Warriors, Buddy Blattner in St. Louis with the Hawks, Hilliard Gates in Fort Wayne with the Pistons and Dick Enroth in Minneapolis. The NBA had a limited package on TV with NBC. Lindsey Nelson was the NBA’s key network voice.

Joel Youngblood registered hits for two separate teams on the same day. As a Met, he singled in Chicago’s Wrigley Field against the Cubs’ in a day game. In middle of the game, he was told he’d been traded to the Expos and had to rush to Philly where shorthanded Montreal needed players. So he flew to Philly, arriving at the ballpark in the sixth inning. There he proceeded to single as a pinch hitter. He was the first to accomplish the feat.

Chicago White Sox pitcher, the late Tom Seaver wins his 300th game beating the Yankees at Yankee Stadium. Seaver of course led the Mets’ pitching when they won the World Series in 1969.

What’s interesting is that the Yankees invited longtime Mets announcer Lindsey Nelson, who covered so many of Tom’s wins as a Mets voice, to preside over Seaver’s 300th twin. He called the final out. Seaver, Nelson and the 1969 Mets are almost inextricable. 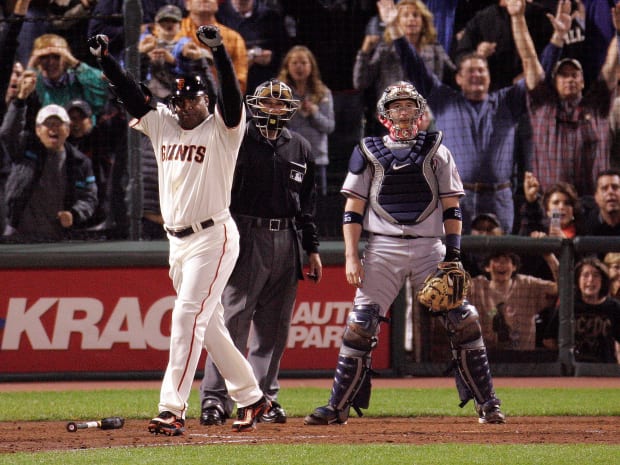 At AT&T Park in San Francisco, California, the Giants’ Barry Bonds surpassed Hank Aaron as the all-time home run leader with his 756th home run. During the 10-minute celebration following the historic homer, a video message was played on the scoreboard in which Aaron congratulates the left fielder for breaking the 33-year old record. Class act! Breaking Aaron’s record in the steroid age, Bonds came under great heat.

Brings back memories. I don’t remember much about Steve LaMar doing Mets games but I recall Lorn Brown who was about the dullest play-by-play man I ever heard. Sad that the very good Phils announcers cited (Kalas, Ashburn and Musser) are all gone now.