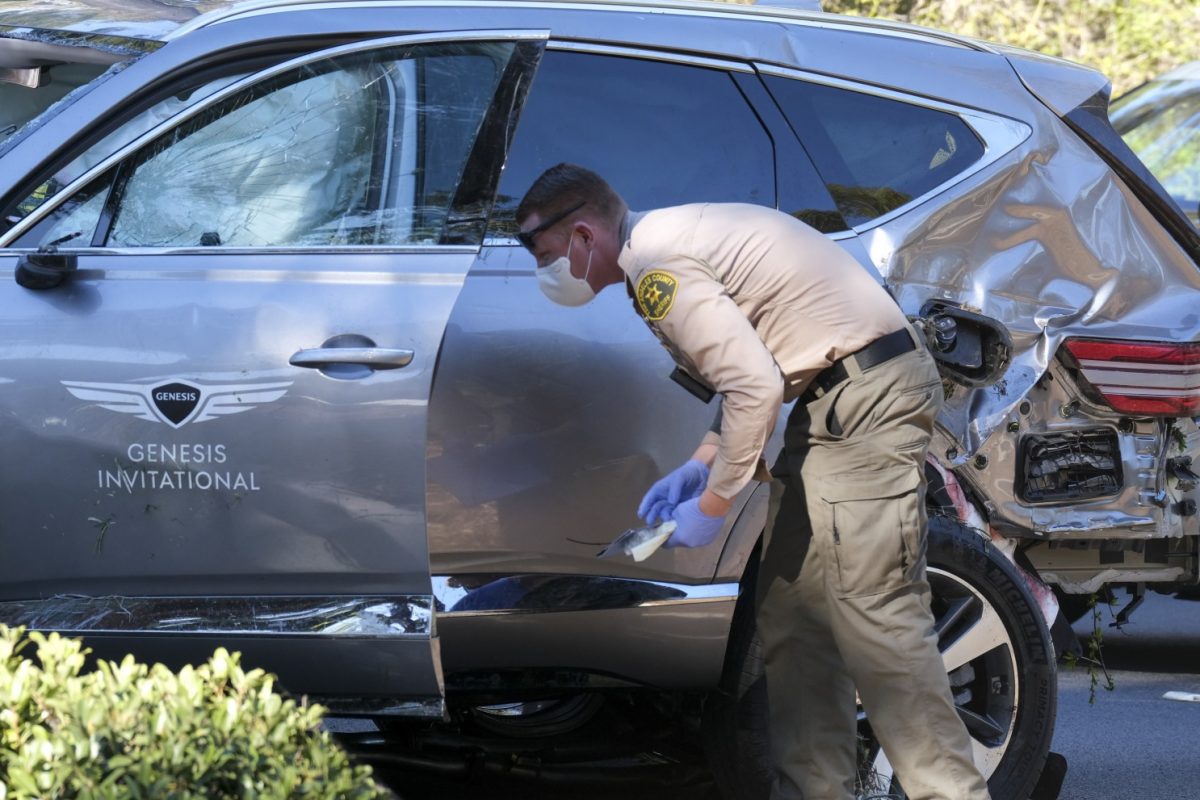 The Hyundai Motor Group wanted to put a spotlight on its new GV80 Genesis SUV in the worst way. On Tuesday morning it received it — in the worst way. Tiger Woods was driving the new Genesis luxury car (Genesis’ first SUV) when he had his near fatal accident.

You have to feel for the Hyundai people. “Our thoughts and prayers are with Tiger at this time,” the Korean company responded to an email from USA Today. What else could they say? Their Genesis line of beautiful cars reminds one of the Lexus models when they were first introduced. Genesis had picked its maximum exposure possibility to introduce the new SUV. They featured it every day last week at the PGA event of which they are the title sponsor at beautiful Riviera Country Club in gorgeous Pacific Palisades, CA.

Every day of the tournament we saw the Genesis GV80 sitting on stilts behind the tee box at the par three 16th hole. And every day the announcers talked about how this beautiful car would be awarded to anyone scoring a hole-in-one. This is the fifth year Hyundai has had its name on the tournament at Riviera. The Tiger Woods Foundation also served as one of the hosts of the tournament. In doing so, Tiger and Hyundai were closely aligned, so it was no surprise Tuesday to discover that the car Tiger was driving was the brand new Genesis GV80. It had to be a marketing man’s nightmare. 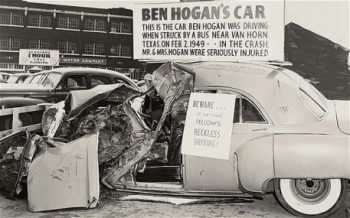 Hyundai first marketed its cars in the U.S. in 1986. The company did well initially but then suffered badly when it didn’t pay attention to quality control. Its sales in this country fell precipitously. The car maker then invested in quality, manufacturing and design. In recent years it has excelled, due in part to network television advertising and through sports sponsorships. Only time will tell whether this unfortunate Tiger episode hurts the company.

Love him or not, we’re all grateful that Woods survived. Outside of playing golf, he probably can have a fairly active life, depending on the success of the surgeries on his legs. But one has to ask, why was Tiger Woods driving himself? He doesn’t exactly have the best driving record and he certainly can afford to have his own driver. Officials at the scene of the accident strongly intimated that he was driving too fast for the turn in that road.

The obvious comparisons to Ben Hogan’s miraculous comeback from a car accident are being made. On February 2, 1949 Hogan and his wife were hit head-on by a Greyhound bus in the fog while driving back to Texas. Hogan’s left side of his body was crushed in the wreck. The damage included a fractured clavicle, a double-fractured pelvis, a fractured left ankle, a broken rib, near-fatal blood clots, and also damage to his left eye. He was in the hospital for 59 days. His weight dropped to 95 pounds, and was told at one point that not only might he never play golf again, but he also might actually never walk again.

Tiger was saved by his seatbelt and airbag–technological auto improvements that Ben Hogan didn’t have 72 years ago.

Eleven months later Hogan made his incredible return to golf, ironically at Riviera Country Club. Incredibly he almost won it, losing in a playoff to Sam Snead. Five months later he won the U.S. Open at Merion. Recently Tiger said how much it meant to him to receive the Ben Hogan Comeback Award after his stunning Masters victory in 2019. He made it clear that he was well aware of all the details of Hogan’s miraculous comeback.

Now he has a roadmap to follow. Getting back on his feet would be a good start.