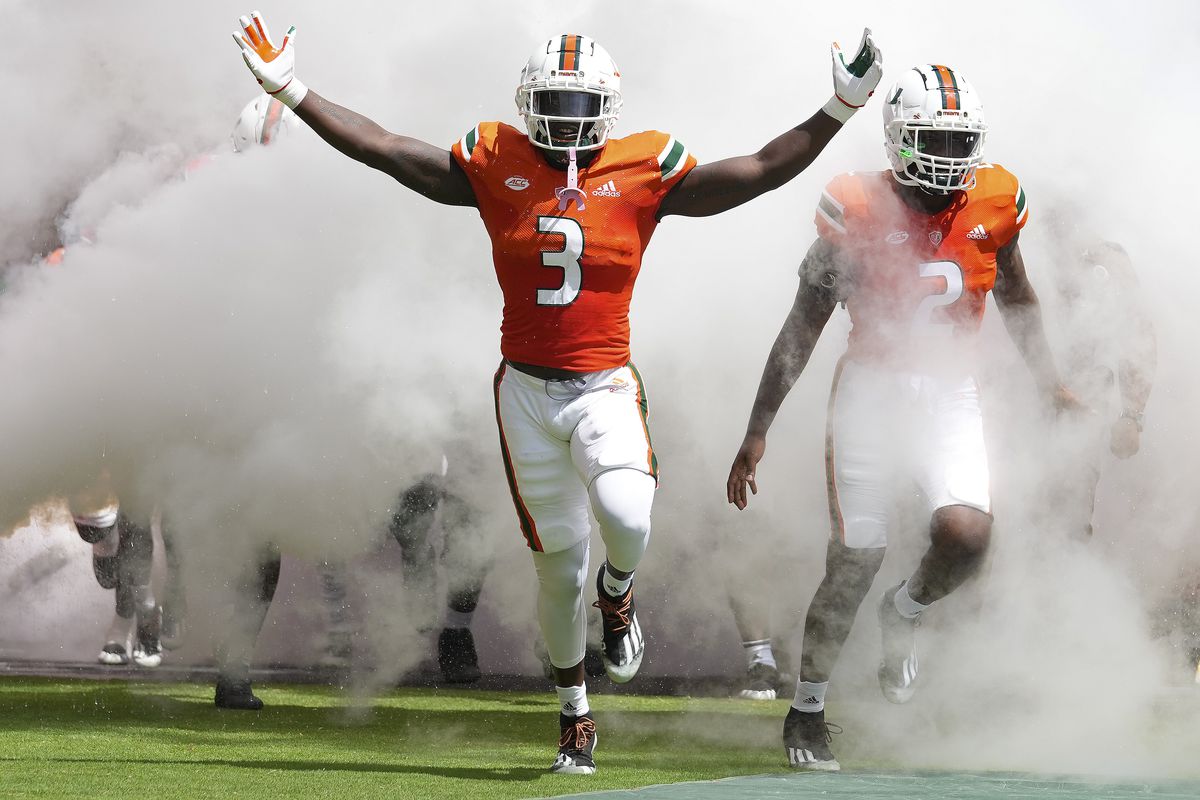 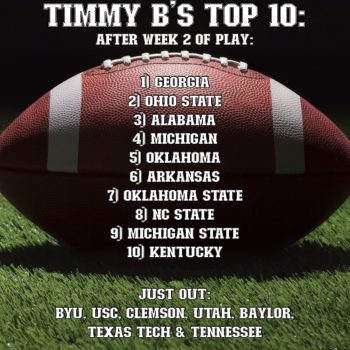 2) As for Ohio St, the Buckeyes play Toledo in primetime on FOX, and Spence (Tillman) and I have it. Toledo almost upset Notre Dame in South Bend last year.

3) Alabama would be 1-1, if an obvious holding penalty had been called on Bryce Young’s scramble for a late first down. Issues in several areas of its offense and defense before meeting Terry Bowden’s ULM team. (University of Louisiana Monroe)

4) Looking at Michigan. Give Jim Harbaugh credit. His team has looked really good to this point, but the Wolverines schedule gets more difficult imminently.

5) Oklahoma – Sooners should be okay until Kansas St. visits Norman a week from Saturday. The Wildcats have a habit of upsetting Boomer!

6) Arkansas– KJ Jefferson may be the best QB America knows the least about. Sam Pittman’s done a remarkable job.

7) Oklahoma State – Only Stetson Bennett of Georgia has improved more than the Cowboys’ Spencer Sanders at the QB position.

8) North Carolina State – We’ll see whether the Wolfpack are as good as I think this Saturday. Texas Tech is coming into town, and the Red Raiders are dangerous.

9) Michigan State – A road test in Washington will be challenging. Just ask Baylor? Mel Tucker’s team is too physical for them.

10) Kentucky– Mark Stoop’s team knows its identity and plays up to it every week. Will Levis is yet another “under the radar” outstanding QB.

Auburn’s Brian Harsin needs a W badly on the plains against Penn State. James Franklin could use a road W against any SEC team. BYU plays at Oregon this weekend and can use a victory there. You’d then start thinking about the Cougars as a CFB Playoff sleeper.

Texas A&M doesn’t have much time for self-pity after losing to Appalachian State, especially now, with the Hurricanes coming to town. Let’s just say The Aggies $10 million Head Coach (Jimbo Fisher) could use a quality of life WIN!