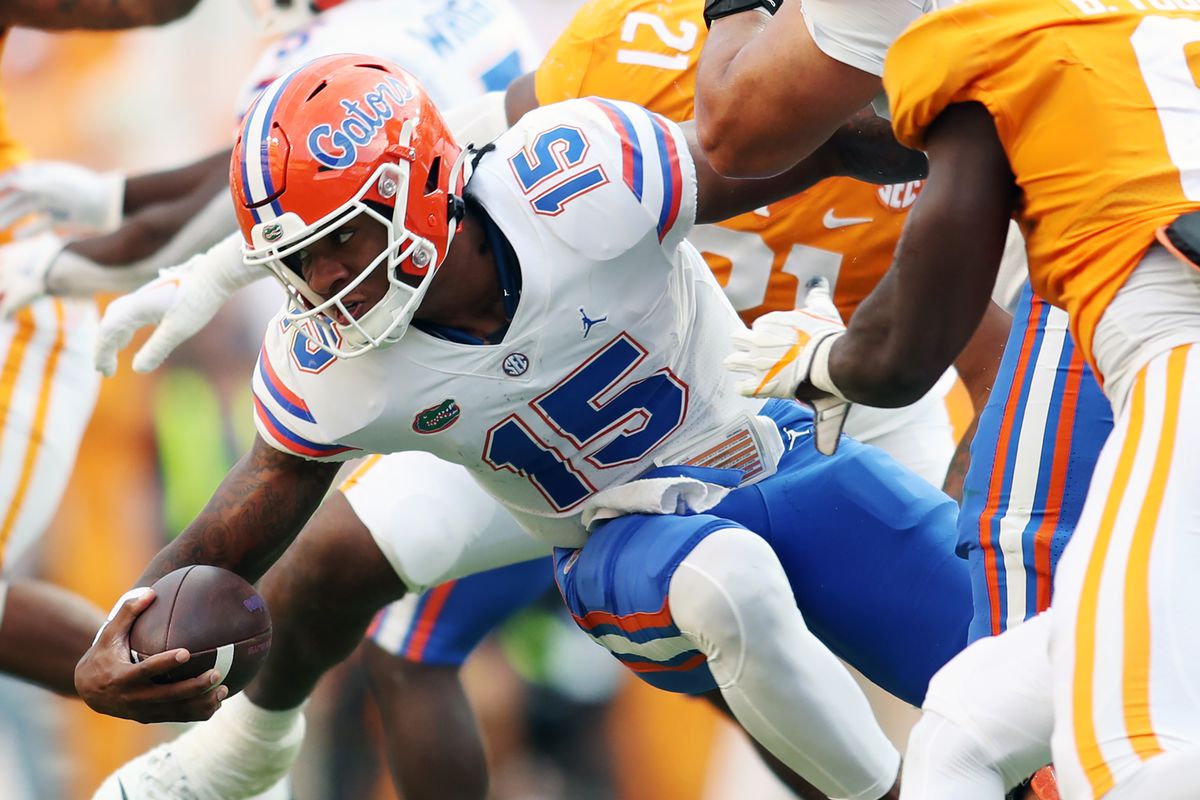 1) Georgia: They are the most dominant on both sides of the line of scrimmage.

2) Ohio State: Most dominant offensively and Jim Knowles’ D will be there by the end of the year.

3) Alabama -could be in trouble at Arkansas and whenever people feel that way – they blow someone out! 🤦‍♂️so I could be wrong….again.

4) Michigan Wolverines’ offense will get a test at Kinnick Stadium in Iowa City.

5) Oklahoma St. – while no one seems to care – QB Spencer Sanders and a stable of running backs are carrying the load for the Cowboys. This week we find out at Baylor if they’re a contender or pretender.

6) NC State – Dave Doreen’s Wolfpack head to Clemson. It’ll be considered an upset, but NC State’s defense will be the difference.

7) Kentucky is at Ole Miss this week in another one of those irresistible force meets immovable object. I’m not sure the Cats can score with the Rebels in Oxford. 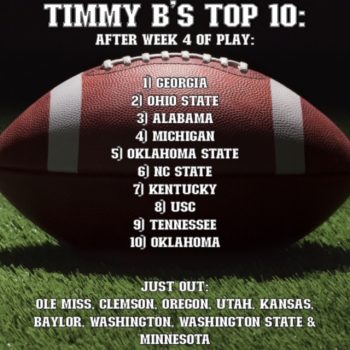 8) USC, the Trojans, dodged a bullet in Corvallis, Oregon. This week it’s Arizona State and next week, Washington State, both at home. Then it’s out to Utah where the Utes are 3-1 and can be a problem.

9) Tennessee’s safe for a week after its uplifting win over Florida. Another break is that LSU hosts the Vols but at 11 AM local time a week from Saturday.

10) Oklahoma, contrary to popular belief losing at home to K-State isn’t a bad loss. It’s happened many times before.

We’re heading into Week #5 and what I see are a lotta teams capable of beating the BRANDS but it never changes the National narrative for PURE PLAYOFF PRIVILEGE.

Spencer and I will be in Austin in the aftermath of another “Texas is not back quite yet” loss to Texas Tech. I feel for Sark because everyone including many of my colleagues can’t stop saying Texas is back! A narrow loss to Alabama does not a season make. Texas Tech at home is a tough out. Remember #TheJourneysTheBestPart

Kudos to my old friend Sean McDonough for handling a difficult transition when his bosses decided to lose his call, in favor of Michael Kay’s call of an Aaron Judge at bat in the middle of an incredible CFB game between Clemson and Wake Forest. The decision clearly was made above his superiors in Bristol but upon getting the throw back to his game from the split screen with baseball audio, Sean calmly said, “we welcome you back to the game you tuned in for!” Perfect!