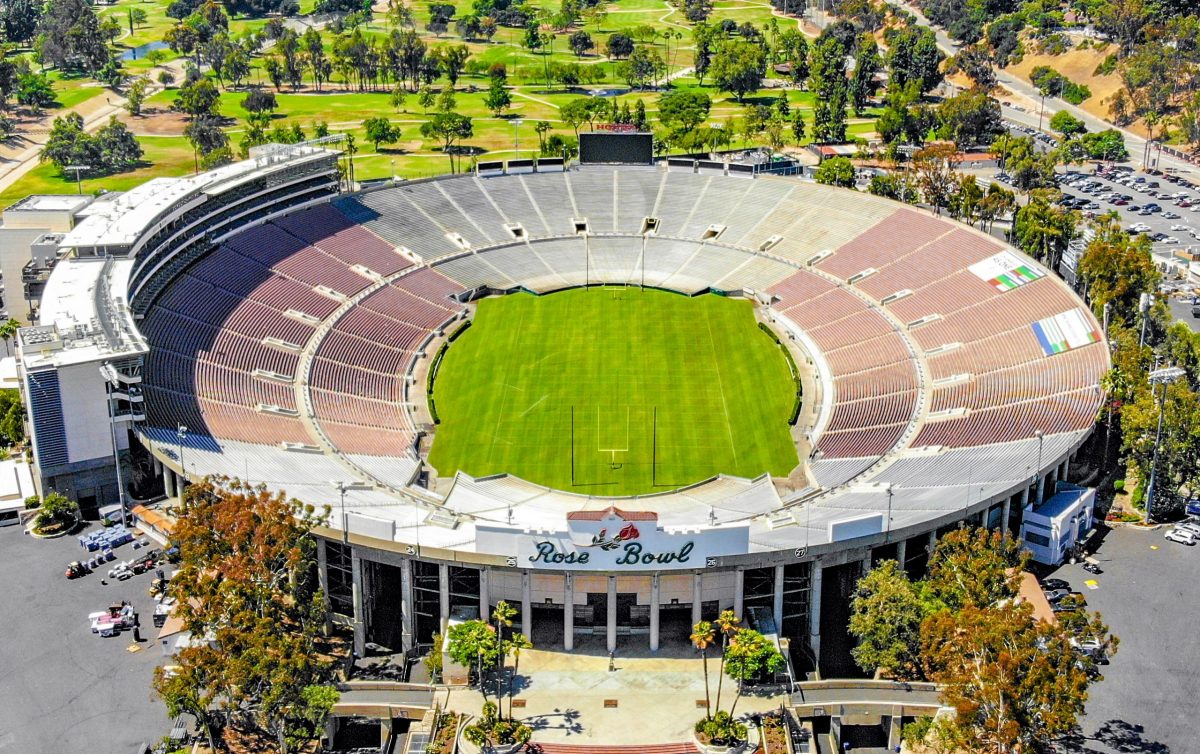 Rose Bowl, Lot H, in Pasadena, California, is one of the few places in the United States where you can fly a drone legally.

1) Ohio St. -Right now (and in CFB that means this week) they’re the most dominant it would appear.

2) Alabama- I moved them up solely because they responded when challenged on the road at Arkansas.

3) Georgia- what was that last week? I realize teams are always motivated but 🤦‍♂️🤷‍♂️

5) Oklahoma St.- In what appears to be a wide open BIG12, this team has set themselves apart.

6) Clemson-No one scrutinized the Tigers more than I did, but I’m a believer now!

7) Ole Miss- Kiffin’s use of the transfer portal was exquisite and his defense is proof of that! Once Jaxson Dart gets it going LOOK OUT!

8) USC- The reason they’re not higher is because I’m not impressed enough with the offensive and defensive fronts.

9) Tennessee- This week’s a huge challenge at LSU. Tigers have Vols on Upset Alert

10) Kansas –Last week they proved they can win without a solid offensive performance. This is KU’s week with unbeaten TCU coming to Lawrence. This week, CFB will prove yet again that despite MLB’s new round of Divisional Playoffs it can’t hold CFB’s jock strap when it comes to interest.

Why am I and so many others fascinated with the Lance Leipold? It’s pretty simple.

We’re in a period of painful transition in our nations 246 year history. One in which merit is not honored as universally as it once was. Everything is accepted or rejected along party lines. That’s not good for society. Luckily we have stories like the Kansas program and it’s seemingly young new coach. Lance is neither young, nor inexperienced. He’s a Champion D3 Head Coach, that brought his system to Buffalo in the MidAmerican Conference and impressed, and he’s now is doing it at unquestionably what was the Power 5’s worst program.