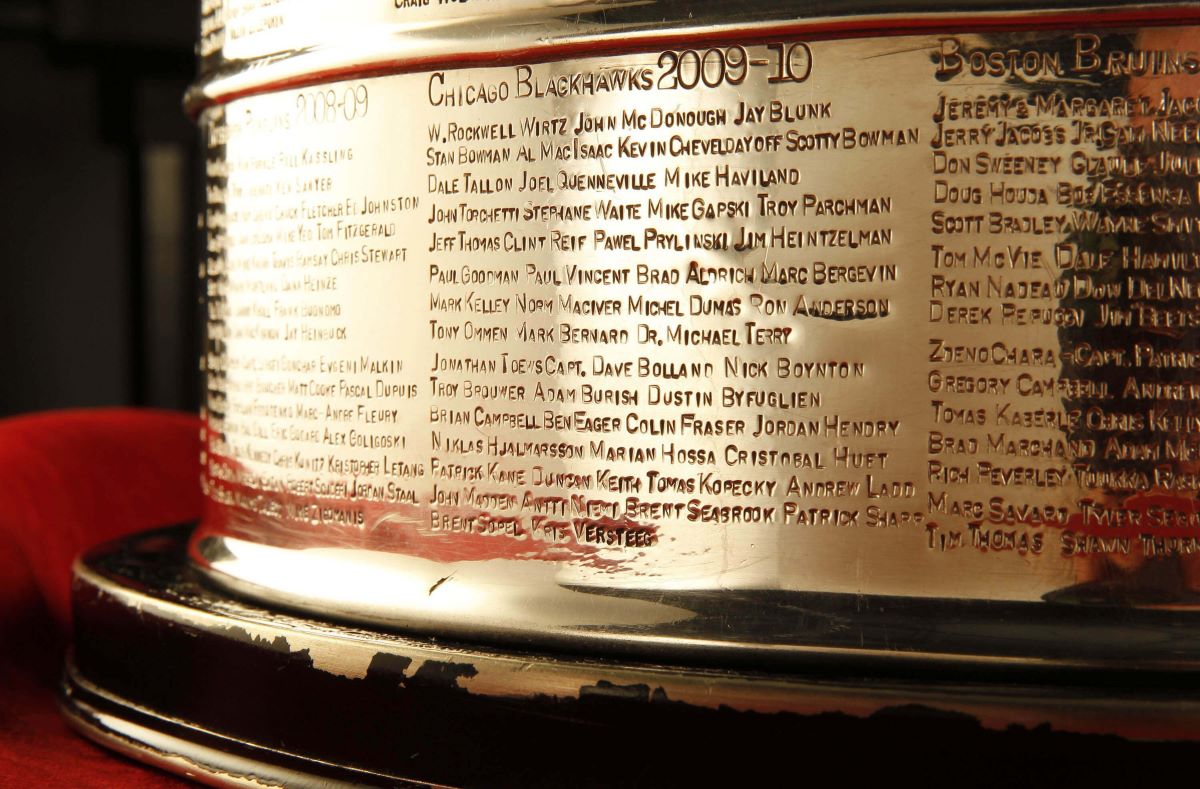 Tim Ryan, a Canadian and Notre Dame man, had a silky smooth career. CBS and NBC knew they can count on him for his diverse talent.

Legendary sports broadcasting titan who has worked for NBC, CBS and FOX.  In 50 years Tim has covered thirty sports in twenty countries, announcing three Stanley Cup Finals in the 1970s, bits, as Tim describes them, with John Madden on CBS, US Open tennis with John McEnroe and Mary Carillo and many world championship boxing matches. The Canadian-born Ryan also did radio play-by-play for the California Seals (1967). The name changed the next season to the Oakland Seals. When Charles Finley purchased the franchise, they were rechristened the California Golden Seals. TV play-by-play for New York Rangers (1970) and the New York Islanders for seven seasons.

In New York, the Rangers on WOR-TV, while still anchoring news and sports on WPIX, Channel 11.

We remember Tim as he enjoys life in Western Canada. He’s called some 20+ individual sports. His dad was an executive in the Canadian Football League.

His latest achievement was authoring a fabulous book about his broadcasting career, ‘Tim Ryan: On Someone Else’s Nickle.’

First Broadcasting Memory: First behind a microphone as a high school junior, hosting  a summer talk-show for teens, sponsored by the Toronto Telegram newspaper, on CFRB Toronto…that led to a summer weekly hour as a disc jockey on CFRB, introducing then-nascent Rhythm ’n Blues records. As a journalism major at Notre Dame, I joined the campus radio station doing sports news/interviews, play-by play of home Notre Dame baseball and basketball.

Inspirations:  None in particular since my first goal was to be a print news reporter and I had a job waiting for me at the Toronto Star. But a chance to join CFTO-TV sports department going on the air in 1961 changed my career and life.

Early Career Memory:  “I met the artist LeRoy Neiman at a fight at Madison Square Garden in 1970 or ’71. I would have been there doing a report for WPIX, before my move to WNBC and NBC Sports in 1972. What I do I remember is that after a few encounters at various events, I asked LeRoy if I could do a feature piece with him at his studio for the WPIX nightly news show I was on. While our crew was setting up, he had started doing a large sketch of me with colored pencils. I didn’t realize he was doing that because I was preparing for my interview with him. When he finished, he showed it to me, learned it was my wedding anniversary, and signed it:  “Tim Ryan in my studio on his 10th anniversary.”  It has hung on the wall in four different houses — Larchmont, NY,  Sun Valley, Idaho, Saint Helena CA and now Victoria, B.C.”

Favorite Movies: First-rate thrillers and anything with Meryl Streep starring.

Most Painful Moment:  With the great Gil Clancy, calling the gut-wrenching Ray “Boom-Boom” Mancini vs. Duk-Koo Kim boxing title fight and the ensuing report of Kim’s death (1982 in Las Vegas).

Funny Career Memory: Describing Top Rank boxing promoter Bob Arum tearing off unpaid for ad patches from the trunks on British boxer John Conteh as he was starting round one in a world title fight in Belgrade, Yugoslavia (1978 vs WBC Light Heavyweight champion Mate Parlov). The products were not among Top Rank’s sponsors for the telecast.

Embarrassing Career Memory: Giving the wrong call on a key point and not catching my mistake, during an important match at Roland Garros.

Favorite Sports To Broadcast:  A four-way tie from among the thirty different sports I covered over a fifty-year career… hockey, NFL football, boxing, alpine ski racing.

You can read more of Scoop’s Biofile interviews at www.mrbiofile.com

Scoop has collected lots of sports information, data and has profiled characters and achievers of all sorts.

This is great! And so, as a sportscaster, was Tim Ryan.