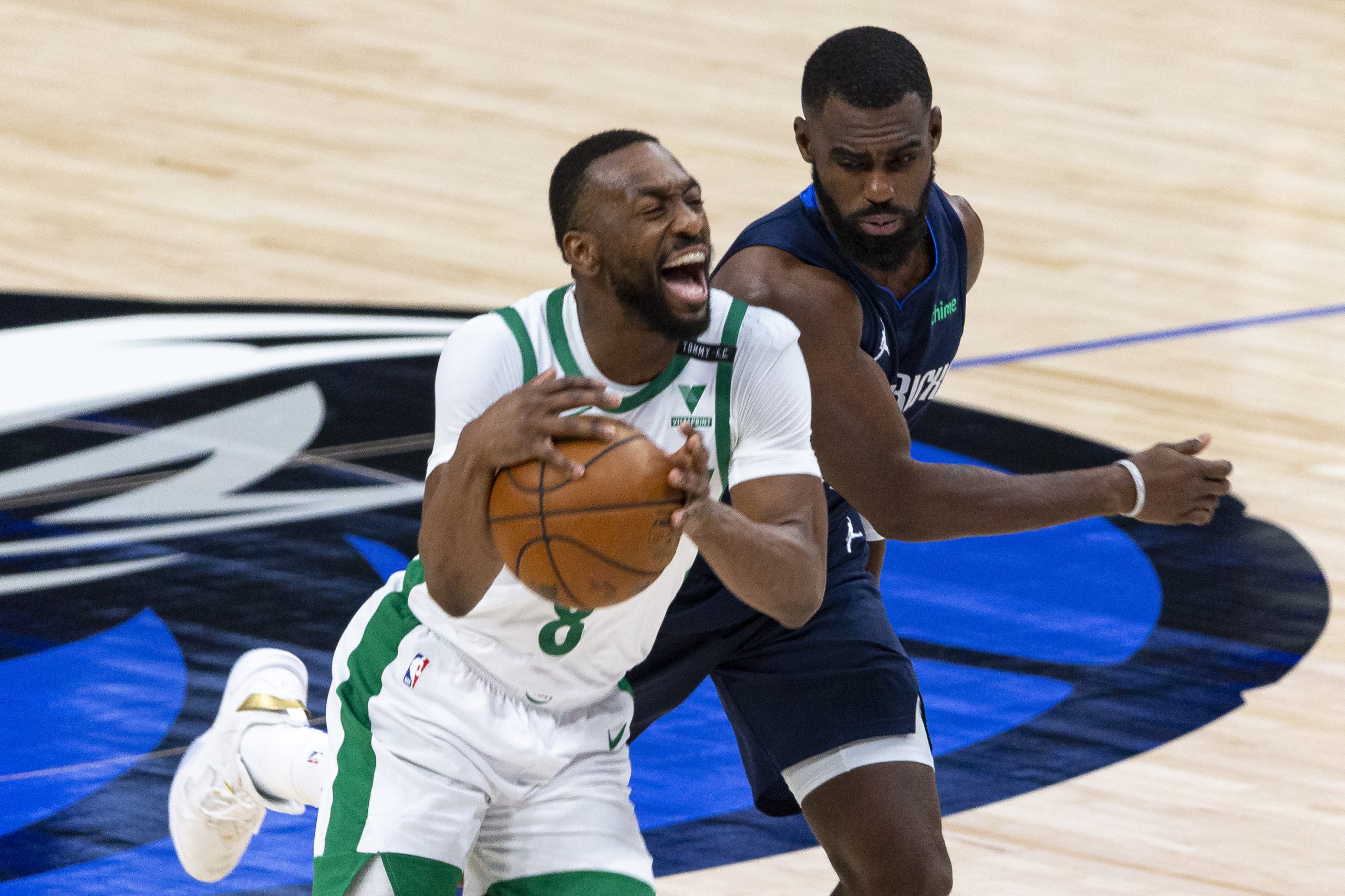 Ian Eagle and Grant Hill were on the TNT call of Tuesday night’s Mavericks’ win over the Celtics, 110-107.  Dallas is 15-15 and Boston is 15-16. The expectations for both clubs were high at the start of the season but their records as you can see are mediocre. The Mavs’ were without star Kristaps Porzingis.

Eagle covered the meat and potatoes, sharing with the audience for instance that the Mavericks had eight days off before the game, due to the nasty weather that scourged Texas. Eagle said he talked with Mavericks coach Rick Carlisle who told him that the time off enabled his team to actually practice together and work on firming its defense.

Ian didn’t share much in the way of personal anecdotes nor did he initiate many talking points with Hill, particularly late in the broadcast. Hill, the former Duke standout, is not as talkative and is certainly less exuberant than TNT’s main analysts, Reggie Miller and Chris Webber. Grant needs little nudges, a partner to elicit the best in him. We do see it when Grant works as a trio during March Madness with Jim Nantz and Bill Raftery.

It was in the second half that a void of commentary manifested itself. It was then that Hill seemed to run out of hefty material. While the close game spoke for itself, I did hope for a more spirited exchange between Eagle and Hill and I didn’t get it. I would think that it’s the play-by-play announcer’s responsibility to engage his partner naturally.

At the start off the game, Hill nicely compared newly announced all-star Jayson Tatum to former all-star Tracy McGrady. He said that Tatum has a long release point on his shot and incredible footwork like T-Mac. The difference between the two, Grant said, is that Tatum is not as explosive as McGrady was in his prime.

Another good early point that Hill made was that Boston runs an inverted offense, one in which the big men play up near the three-point line to clear the lane for the guards to drive to the basket. This is most likely because the Celtics have smaller big men who don’t excel in the post but are good at rolling to the basket and finishing plays.

As for the Mavericks, Hill pointed out how Porzingis loves to pop on the pick-n-roll. He doesn’t generally drive to the bucket. At 7’3”, he shoots over everybody on the wing. With Porzingis out, the Mavericks’ Dwight Powell and Boban Marjanovic played. Hill noted how these two are rollers and not shooters. Hill said that it would take some time during the game for 6’ 7” Luka Doncic and the guards to adjust. He did finish with a game high 31 points.

A nice in-game tendency that Hill saw too was how the Celtics continuously double teamed Doncic at the top of the three-point line on pick-n-rolls. The Celtics’goal was to get the ball out of Luka’s hands and make someone else beat them. Hill explained that Doncic’ size allows him to see over double-teams and find the open man.

Hill expressed adulation for Jalen Brunson, who he thought would struggle adjusting to the NBA because of the league’s physicality. The former Villanova Wildcat is only 6’1” and 190 pounds, which is small for the NBA. Brunson finished with 22 points. “His hard work and consistency has made Brunson the second-best player on the Mavs this season.” Doncic, the Mavs’ top gun averages some 29 points per game.

TNT shared a helpful graphic covering Doncic’s scoring. His productivity has increased month to month. Hill shared how Luka had expected this season to start later and therefore was not prepared early in the season. He came into the campaign heavy and has slowly gotten back into shape.

Hill had a strong start. He clearly prepared fans for what to expect, detailing as best he could, his knowledge of players’ strengths and weaknesses. He struggled somewhat to consistently explain how plays developed and why. So, as the game evolved, he shared less of substance. The matchup was close throughout and had 25 lead changes. It was too exciting to have lulls of solid commentary.

Yes, let the game breathe. But too often in the second half, the broadcast team’s muted analysis was less enlightening.

The fact that the building was quiet because of Covid protocols, the announcers didn’t have to defer to a raucous crowd. Eagle and Hill should have used the opportunity to interact more vocally themselves.

Eagle and Hill get a B+ for their performance. For a game that was rivetingly close, the announcers were fine, just not great!