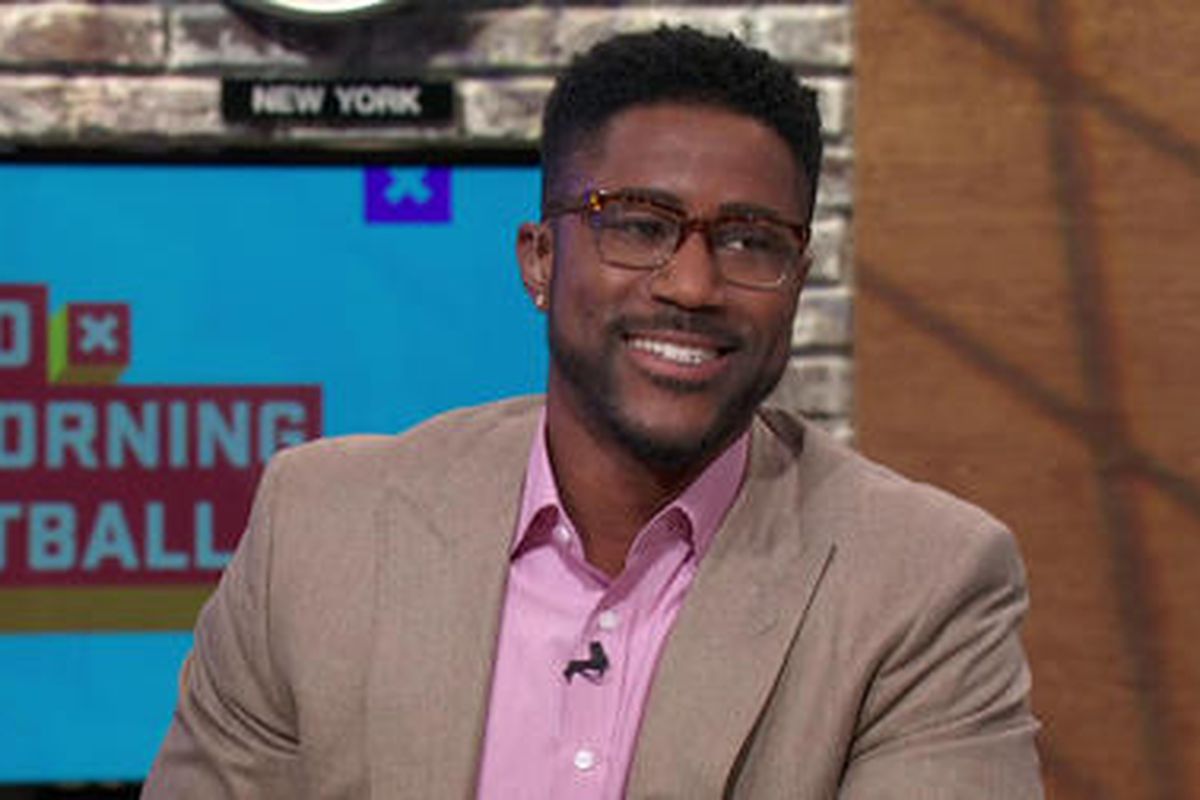 Nate Burleson is showing an ability to both host and serve as an NFL analyst. He's on CBS' NFL Today and also works with NFL Network.

I took a look at network television’s NFL studio hosts and analysts and identified the seven that stand out. Here they are in alphabetical order

While Bob Costas (NBC), Brent Musburger (CBS) and Bryant Gumbel (NBC) were before my time, I get the sense that they spewed their opinions and sprinkled their personalities into NFL studio programming, more so than today’s visible hosts, Brown (CBS) Kolber (ESPN), Menefee (Fox) and Tirico (NBC).

So be it. Social media wasn’t really born when the earlier trio were at the peak of their broadcast careers.

I guess Costas, Gumbel, and Musburger set the standard, and it was crazier in their time, especially Musburger’s: They would do a live edition of the NFL Today for 30 minutes before the game. On a day without a doubleheader, that meant three live editions, and he was doing updates along the way. He was reported to be a bit temperamental at times and someone said, between having to do that AND some of the people he worked with, he was entitled. And I think he was!