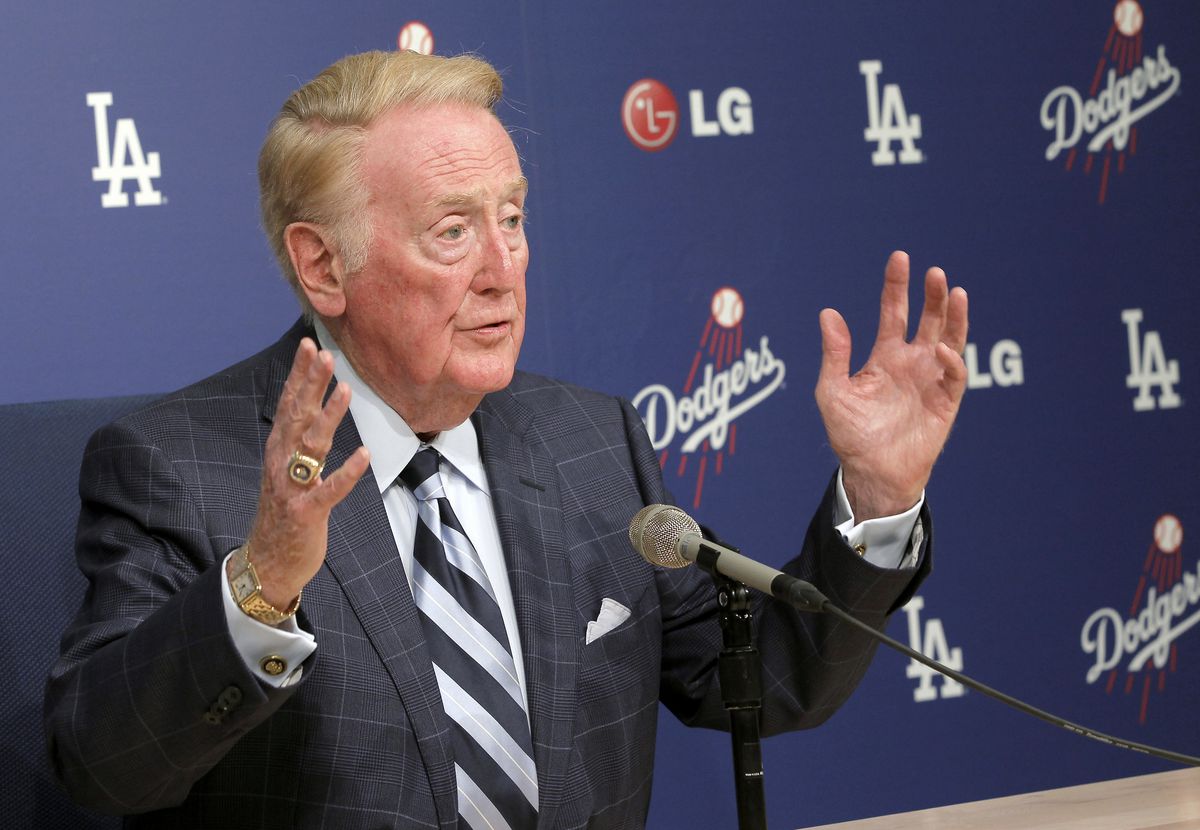 Until TV screens were saturated with stats, replays and excessive commercial time between innings, announcers had more room to banter, entertain and and share anecdotes. There were also no lectures about four-seamers. Instead, we watched baseball, plain and in its simplest form. More profiles and fewer analytics. Why complicate everything.

It would be unfair to put up the current baseball announcers to what viewers experienced for generations. They are political correctness which deters expression of what was said conventionally in the past. A focus on analytics, graphic clutter of text on the screen, unending replays and reporters scattered around the ballpark.

For example, off the mic, Joe Buck will have you in stitches. On-air, he’s prudent and circumspect. I guess the attitude is safe than sorry. Don’t alienate anyone. So his baseball work was best described by SI’s Tom Verducci as concise. The rules are different from the days when dad Jack was a national broadcaster.

Going back, these are the men in alphabetical order whom I would label conversational in how they fashion a baseball broadcast. I admired their work. I take Joe and his equation out of this equation.

His very early roots were in Massachusetts, grew up in Cleveland and became famous in St. Louis with the Reds. He did baseball on CBS TV and Radio including World Series. Two on the tube beginning in 1990. A quipster and gifted after-dinner speaker. For introducing Bob Dole at a Republican presidential rally, Jack took some heat from the Democrats.

If you’ve followed baseball for more than half a century with the passion that Bob has, the history of the game sticks with you forever. Bob’s command of the language is powerful and his ability to share a past baseball moment is instantaneous. If Joe Buck leaves for ESPN’s MNF and the baseball job opens at Fox, Costas should be hired without hesitation. No one extemporizes better. Bring back some of the sweetness of the game that fans have loved for more than a century.

Most of us know him from football and basketball. But baseball was his first love. Network, yes. Bookends  meant the Angels and Padres. Vin Scully paid him a wonderful compliment. “His voice reminded me of Ted Husing,” America’s first sportscaster. Great diction and silky timbre.

You rarely left the a telecast without a laugh. Following a bunt-hit, “Softly hit but a ground ball in the morning paper,” or about Nolan Ryan, “He’s pitching much better now that his curve ball has been straightened out.”

Dominant and throaty, the Voice of the game, from the 60s to 70s exclusively on NBC, avuncular and synonymous with the diamond. Presided over booth, during television’s glamorous baseball seasons.

Famous for four decades of prime time NFL, Al is also a Ford Frick winner, known for his excellent baseball work on ABC. Did the frightening Earthquake game at the ’89 World Series in Candlestick. Handled it with aplomb. No matter where his MLB assignments took him, he’d sprinkle in all the perfect elements.

The Last of the old-timers. Sunday night Baseball on ESPN, from 1990-2001, 21 seasons. His soft, breezy and comforting tone reminded fans of a summer’s eve. On ESPN, he kidded and told stories with heart.  He’s missed but still active in the Bay Area.

There was only only one question. Was he better at football or baseball. A master of the language, he worked in the press corps under General William Westmoreland in the European theater. Between the early Mets, Casey Stengel and early MLB on NBC, he head enough tales stored for a lifetime.

King of the hill and the idol of any sports vo,ice. Vin is the zenith of the industry, a blessed talent and Sportscaster of broadcasting’s first century. His storytelling was captivating and timely, always a perfect act. An inspiration for any budding sportscaster. Fans would ask themselves, how did Vin squeeze that story in there with only two outs?

Listen to him any day this coming season and you’ll hear that Uecker still sounds sharp. “The way to catch a knuckleball is to wait until it stops rolling and then pick it up.” Uke was a constant guest on Johnny Carson’s Show. Now that’s impressive!

This is a reminder that baseball is above all a storyteller’s game to broadcast and, frankly, to watch. I admire Joe Buck’s abilities, and I really wish he would do a bit more of what you mention on the air. Frankly, I wonder how much of it is the deep respect he has for his father, and therefore wanting to avoid any comparison.