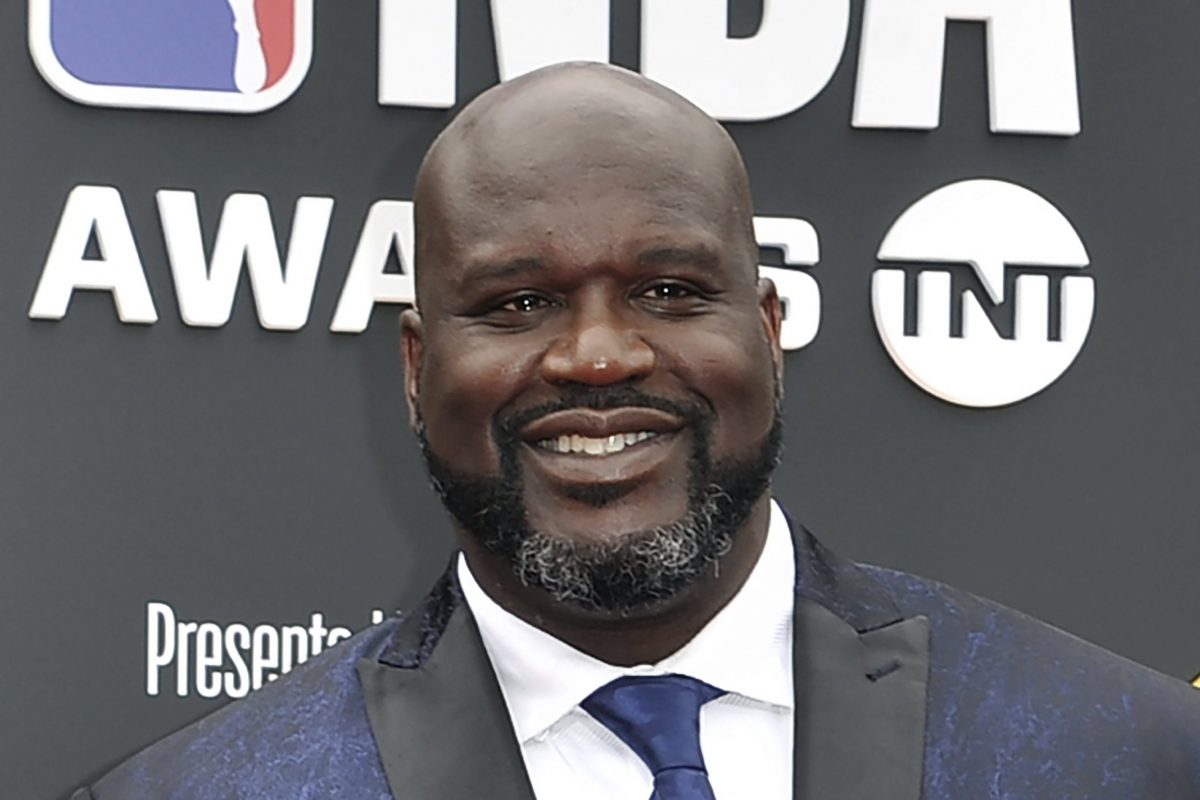 Shaquille O'Neal recently signed an extension of his Turner contract.

I had a chance this week to juxtapose the NBA studio programming of the two networks that carry the league’s games nationally, ESPN/ABC and Turner’s TNT.

It seems like ESPN regularly makes personnel changes and readdresses the tenor of its presentation. Frankly, a scorecard is required to keep tabs of whom we’ll see and when we’ll see them. The network doesn’t spare much on the expense side but the personalities come and go. Before last season, Michelle Beadle was let go and just last week Paul Pierce was dismissed.

The Boston Globe reported that Pierce, 43, lost his NBA analyst gig, one that he’s held since 2017, days after he went live on social media smoking and drinking, “with a racy backdrop of occasionally twerking scantily clad women.”

On many nights after NBA games, ESPN has the talented, knowledgeable and vibrant Scott Van Pelt follow game broadcasts. He does so comfortably from his relatively new studio in the Washington, DC area near his home. Scott gets headliner guests and thoroughly breaks down the game that viewers just watched.

Back to ESPN’s dedicated NBA crew. It spent too much time on the Nets in the pre-game show and little on the Lakers. It felt like a local Brooklyn broadcast, not a national telecast. Yes, the two stars of the Lakers, LeBron James and Anthony Davis, are still dealing with injuries, but the time spent by ESPN strictly on the Nets big three was excessive. Viewers expect network pre-game shows to cover both opponents. The whole presentation felt like one long segment on the Brooklyn Nets. I suppose that winning and superstar power will do that. And the Nets collection of who’s who to win now has drawn tons of attention

The halftime show was hardly impressive either. Taylor comes across as bold and superficial while Rose was void of strategic detail. They dedicated only about two minutes to first half highlights. Meanwhile, Rose didn’t cover what he liked or didn’t like during the first half of play, nor did he opine on what each team needs to do in the second half to win.

Woj will sometimes chime in with his takes but he’s not an Xs and Os man. He’s best dropping “Woj bombs” to trigger talking points that he and Rose can explore. One of the things Woj was able to share was when LeBron James and Anthony Davis will return to the rotation.

Wojnarowski also added some color following the somewhat surprising decision that a group led by Alex Rodriguez is purchasing the Timberwolves. He said the purchase tag is about $1.5 billion. A-Rod works for ESPN, doing Sunday Night baseball. I was also waiting for some juicy updates on the breakup of A-Rod and Jennifer Lopez. Woj didn’t got that far. 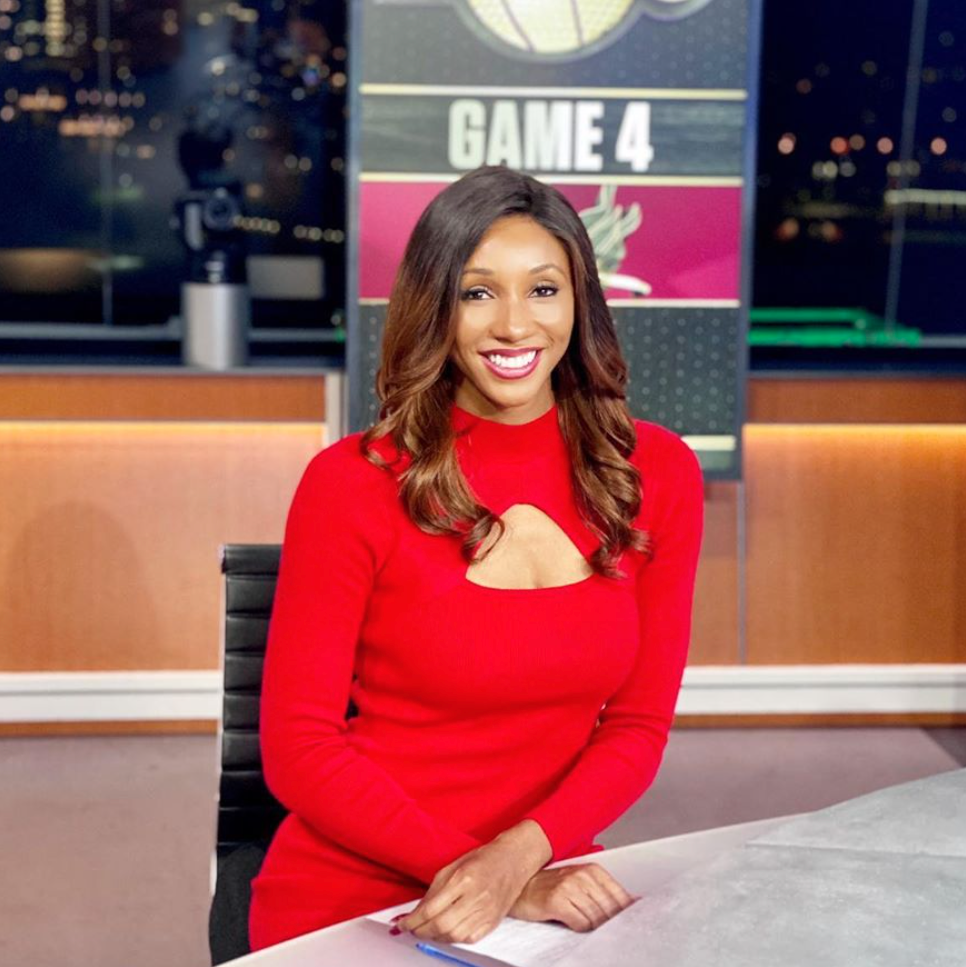 Taylor (left) does a smooth job hosting ESPN’s studio programming but the challenges run deeper. ESPN’s NBA shoulder shows will always be compared to TNT’s, to which the Bristolites pale badly. Simply put, ESPN doesn’t have the driving power of big personalities of TNT.

Playing the hand she’s dealt at ESPN, Taylor has to make the best of it. As such, she needs to engage her cohorts more. Maria also has to prove to the audience that she knows the in and outs of the NBA. Rose doesn’t have the big persona and he wasn’t sitting next to Charles Barkley or Shaquille O’Neal.

This said, Taylor did share an informative stat that the Nets big three are 5-2 and have only played 185 minutes on the court together. It’s a good and digestible factoid but that’s not why she’s being paid the big bucks. Taylor needs to provide more heft.

Maria did provide a little humor when Rose was breaking down the player buyout market. He seemed personally invested, so Taylor asked Jalen if he’s being emotional because Blake Griffin left Detroit, to which Rose jokingly replied, “yes!”

Rose noted that Griffin didn’t dunk all year with the Pistons but now that he plays for the Nets he dunks without any reluctance. Woj disagreed with Rose saying Griffin intentionally played poorly while in Detroit. He believes the presence of the superstars on the Nets makes life easier for Griffin, which is why he is playing better. Blake has more space to function and less attention on him.

With Pierce gone, ESPN needs at least one more talkative, interesting and colorful star. Showing a few highlights alone won’t cut it. ESPN gets a B for its pre-game and halftime programming.

The dialogue flows freely on TNT, much more so than on ESPN. With three former players on the show, Turner digs deeper into the on-court happenings. After Lefkoe introduced a topic, he steps back and lets his analysts interact naturally among themselves. Adam’s also a good traffic cop, moving from one topic to the next seamlessly.

Shaq does particularly well in this setting where he’s the lead character. When Barkley and Smith are on the set, Shaq’s contributions are somewhat muted. There’s room for just so many personalities on one show. Tuesday, Shaq introduced topics himself and asked his fellow analysts for their own opinions. He comes off as curious.

Candance Parker was good. She has been with TNT since 2019. Having played the game in the WNBA, she’s comfortable adding insight on players and teams. She loves the addition of Rajon Rondo by the Clippers and points to the ball movement he initiates; underscoring why the Clippers are one of the hottest teams in the league.

Parker (above) knows her stuff. She loves the Pacers’ Caris LeVert who attacks the paint and doesn’t settle. Candace adds that he and Malcolm Brogdon make a dynamic backcourt. Shaq interrupted her by saying dynamic isn’t a word to be associated with that Indiana backcourt. He says Portland and Golden State are dynamic backcourts. Shaq then called on his former teammate D-Wade to help him out, and “Flash” agreed with him.

The TNT programming is more lighthearted and humorous than ESPN. The creative use of Photoshop by TNT is in invariably entertaining. A few weeks ago, Barkley said that when he’s in New York, he likes the hotdogs sold by the vendors at street corners. A few minutes later, Barkley’s face was cleverly inserted into that of a vendor, hawking his unctuous wares on a main drag of Manhattan. The studio broke out in laughter.

ESPN doesn’t bring the element of levity. At best, ESPN reports. TNT’s crew is having fun. You may recall that Woj told one of the sitting Senators of Missouri, Josh Hawley, f…you. That’s nothing you’ll see from the Turner gang. The TNT folks are just sitting around having fun. From Taylor and Woj down, ESPN’s participants are more rigid and tight.

TNT’s halftime show also delves into what viewers should expect in the second half. When segueing to commercial breaks, Lefkoe will occasionally read a random humorous tweet from a fan. It gives everyone on the set a good laugh and gets fans into a good mindset about continuing to watch.

TNT has the better show in all aspects and were great last Tuesday night. TNT gets an A.