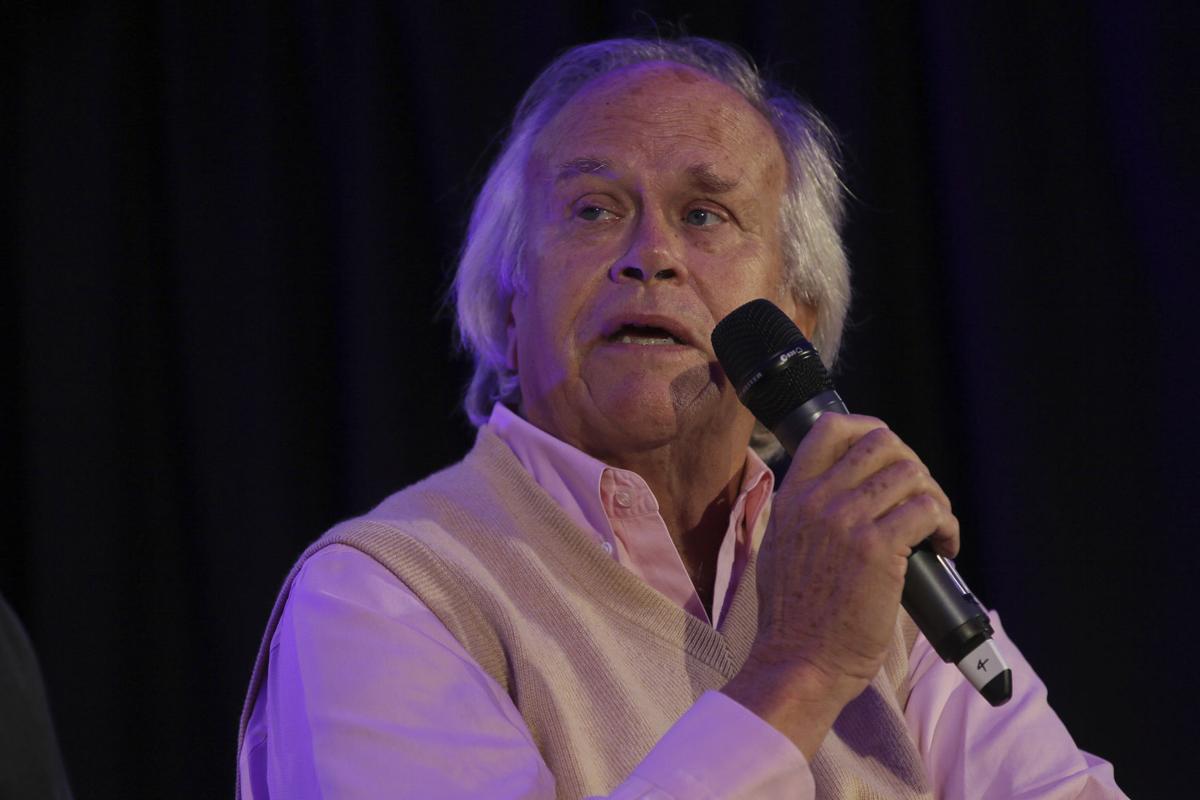 Dick Ebersol has had an indelible mark on network TV sports

In the firmament of sports broadcasting, no stars outshined ABC’s Roone Arledge and NBC’s Dick Ebersol. They were the progenitors, the dreamers, the risk-takers.

Arledge is best known for launching Monday Night Football in 1970, a series that propelled the NFL’s popularity to unimaginable heights. Unimaginable to most, but not Arledge who like his protégé Ebersol was a visionary.

Those who knew Ebersol in his early ABC days remember that he volunteered to bring mentor Arledge his mail on weekends. Doing so enabled Dick to foster a priceless student teacher relationship with the ABC Sports head.

Ebersol began as an Olympic researcher in the ‘60s and later as an executive assistant to Arledge. In 1974, Arledge asked the prodigy to scour the college campuses to find a couple of reporters to serve in freshly developed sideline roles. Dick found a couple college students, Jim Lampley and Don Tollefson. The two joined Keith Jackson on September 7th 1974 on a UCLA-Tennessee football telecast. Welcome to the world of sideline reporters.

Under Arledge, Ebersol gleaned a ton, spread his wings and built credentials second to none. He left sports in the mid ‘70s to join NBC as Director of Weekend Late Night Programming. He and Lorne Michaels created Saturday Night Live. Enough said!

After being away from sports for 15 years, Ebersol  was named President of NBC Sports in 1989. It was at the Peacock where he nailed a monumentally long deal for rights to the Olympics, secured the NHL, gave the NBA unmatched center-stage visibility and unforgettably revived NFL primetime play-by-play. In 1998, he was named Chairman of NBC Sports.

When he first arrived, NBC had just lost baseball to CBS, a property it owned from the beginning of time, when television first went on the air. Dick would later say that when assessing the loss from a rearview mirror, it was hardly a bad thing. CBS lost some $600 million on baseball in the early ‘90s. 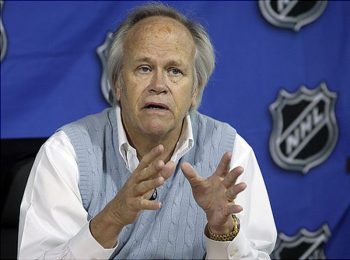 When Ebersol first got NBC’s head sports job, he called for a staff meeting on his very first day in Studio 8G, the home of Saturday Night Live . No better place in which to share his vision and inspire the troops.

Dick wasn’t a cold, stiff necked or stodgy executive. Through his 13 year NBC career, he would regularly stroll the corridors of the entire 30 Rock floor where the sports department was situated. He would occasionally poke his head into employees’ offices. It was important to him to develop a culture of openness.

At the end of the ’97 season, NBC suffered a blow. It lost the AFC package to CBS which had been void of the NFL after losing it to Fox in 1994. NBC had the Olympics of course and had acquired the NBA in 1990 and Notre Dame in 1991.

Ebersol and NBC were then determined to regain a piece of the NFL which at the time was already a shoehorned package. CBS had the AFC, Fox the NFC, ESPN Sunday Night and ABC had Monday nights. Not lots of places to go from there.

But ESPN was running a Sunday night package that was considered additive. The mothership wasn’t included in the network rotation for the Super Bowl nor was its schedule filled with premium games.

Ebersol set out to demonstrate to the NFL that it could make Sunday nights bigger than life. After all, it was television’s biggest viewing night of the week. He pitched the NFL on a conceptual framework, Football Night in America, one made up of the day’s biggest game. The network promised the league that it would wind up the long Sunday with a flourish; the best of everything from talent to production and promotion.

When the league and NBC came to terms, Dick delivered. He built a glittering television franchise, redolent of Ebersol’s other accomplishments through the years. And yes, NBC got a piece of the Super Bowl too.

Sunday nights have become a gold standard. “When we were awarded the rights,” Ebersol said, “My baby was born.” Indeed. He treated the Sunday Night package preciously, attending games regularly, arriving Thursday and leaving after the Sunday night telecast. It was the attention the Sunday NFL series needed.

“It changed everything. We saw the owners each week. The NFL appreciated that we were loyal and caring partners. The effort we put forth was unequaled,” Ebersol told an interviewer. The league felt NBC’s energy and commitment. The NFL powers that be gave the network the flex schedule required to have mutual success.

Maintaining success can often be as difficult as attaining it. Ebersol’s  NBC successor Mark Lazarus has quietly continued the wave of NBC’s success.

This Friday Night, Ebersol, Mr. Gold Standard, will be honored at the Gold Jacket Dinner in Canton at the Pro Football Hall of Fame. He will be given the Rozelle Award, reserved for those who’ve excelled in radio and television. Unlike Naismith’s Gowdy, the NHL’s Foster Hewitt or Baseball’s Frick, Pro Football’s Rozelle includes executives too.

Of the 31 awardees selected since the Rozelle was initiated in 1989, Ebersol is the sixth executive to be honored. The others are longtime CBS executive Bill McPhail; Ed Sabol, NFL Films founder; Arledge; Val Pinchbeck, NFL broadcast head and David Hill of Fox Sports. Two were essentially radio, Van Miller who called Buffalo Bills games and Myron Cope who did color on the Pittsburgh Steelers broadcasts. All others were network television announcers.

When informed that he was being honored, Ebersol said, “This is especially meaningful to be recognized in the same year that my dear friend Pat Bowlen earns his rightful place in Canton. I have deep respect for how Pat’s vision so profoundly shaped the NFL’s television landscape.”  Bowlen, the late Denver owner, was chair of the NFL broadcast committee.

Ebersol strongly supported Bowlen’s induction. He told SI in 2016, “It was on his watch that the economic indicator of the NFL, which has always been positive, went into super orbit.”

While Ebersol will always be identified first as television’s Olympics guru, he certainly understood the value of football. “The NFL’s become the most important entertainment vehicle in the U.S.” he told Sports Illustrated as far back as 1995.

Ebersol also brought the NBA to the fore in the early 90s and cashed in on the wave of the Jordan success. The symmetry he developed with Turner on the NBA package is one of the best deals he says he shepherded.

SI’s Sally Jenkins wrote of the time when Arledge ran into Ebersol at a Manhattan restaurant. “You’ve been cleaning some clocks lately,” mentor whispered to his protégé. True. The career of the once Yale dropout can be cataloged: Dealmaker, producer extraordinaire, motivator, creative genius and visionary.