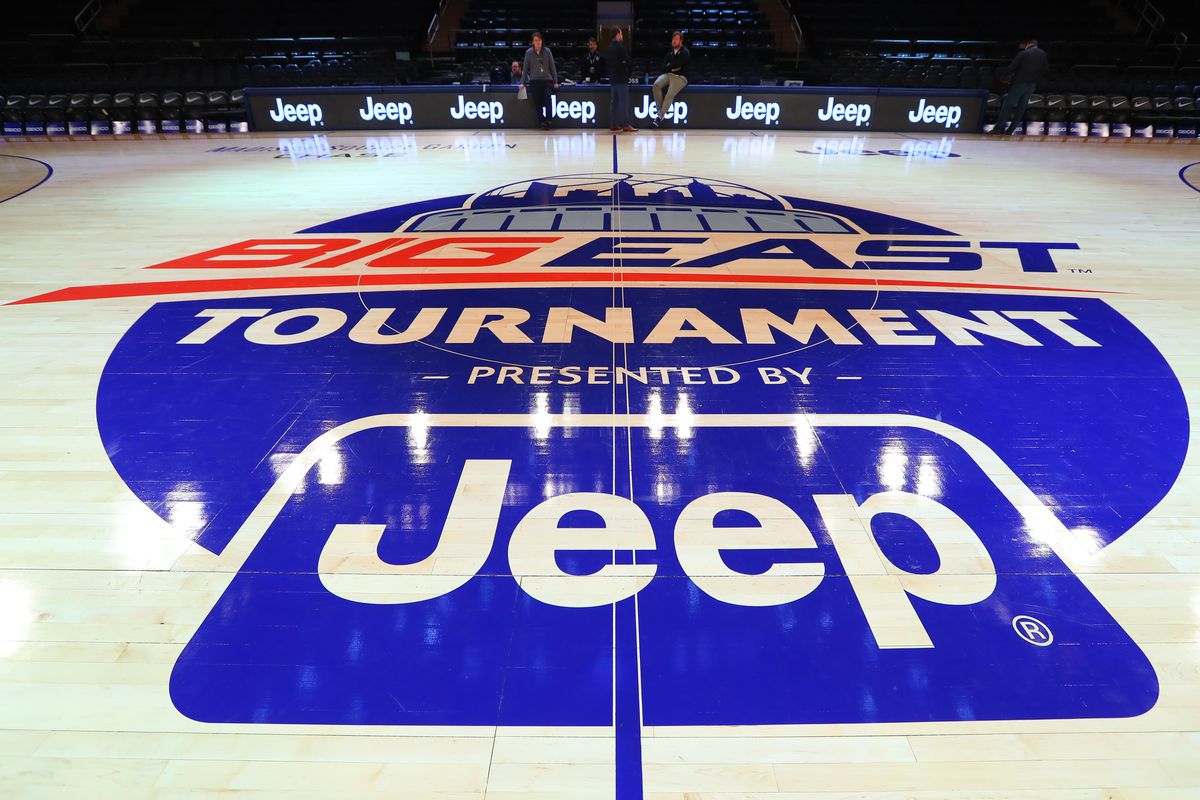 So a partial score become a final  score–St. John’s-Creighton, a Big East Tourney game was cancelled at halftime! The Johnnies were ahead 34-29. We’ll let the statisticians argue over whether to include the individual numbers.

Virtually all major league tourneys have being cancelled. With no conference champs and the action taken by the NHL, MLB and the the NBA, the NCAA Tourney will likely be cancelled. Dick Vitale and virtually all commentators are urging the NCAA to do so.

Kudos to Fox’ Tim Brando who called the inconclusive and incomplete Big East Tournament. Before signing off at halftime, Brando opened up about a disturbing disconnect between the NCAA and individual conferences.

He pointed out that NCAA president Mark Emmert didn’t consult with conference presidents on his decision yesterday to play the NCAA Tourney without general spectators. Tim suggested that this led to a lack of uniformity among the conferences on whether to play or cancel individual league tournaments.

The confusion was apparent. By today, decisions seemed to be made based on optics. The Big Ten, Pac-12, Big-12 and other leagues cancelled their games yesterday. The Big East continued, starting game #1 of the quarterfinals at 12 Noon.The ACC then capitulated and cancelled its tournament just before it was scheduled to begin at 12:30.

At that point, the Big East threw in the towel and ended play at halftime.The Atlantic 10 cancelled its schedule minutes before tip-off.

A wild day of avoidable disarray.

EARLIER ARTICLE—ONE FOR THE ARCHIVES ONLY NOW!

The Russian revolutionary, Vladimir Lenin said, “There are  decades when nothing happens and weeks when decades happen.”

Welcome to a world that has turned on a dime. No one is completely untouched.

A hundred years ago, between 1918 and 1922, typhus caused at least three million deaths around the world out of 20–30 million cases. My paternal great grandmother was one of the dead.

The terrible scourge we’re experiencing now triggers unpleasant flashbacks. And please, I’m not at all equating any one of them with the other. Still, they all uprooted what we love, the games.

It’s just my stream of consciousness;  9/11, Magic Johnson’s announcement that he had AIDS, President Ronald Reagan being shot on the eve of the NCAA title game in 1981, The Munich Olympics, Orioles games being played without fans when the city was battling violence on the street, NFL games just after President Kennedy was assassinated, the bombing of Pearl Harbor during NFL games in December, 1941, Darryl Stingley paralyzed on the football field and even long strike seasons. In all these instances, it seemed like sports just didn’t matter very much.

The irony was the decision of President Franklin D. Roosevelt to keep Major League Baseball active during World War II so that it would serve as a distraction. With their husbands at war, wives fell in love with the game.

The announcements are coming in briskly. Conference tournaments are generally following the lead of the NCAA by not opening their doors to the general public. The NCAA is saying it will allow only immediate family members to attend. First, the Big 12, Big Ten, ACC and Southland Basketball Conference Tournaments announced that they would play without fans. Later the Big East and the Atlantic 10 followed suit.

The NCAA is smartly looking at smaller venues at which to play the regional finals and Final Four. It makes sense. If immediate families are the only spectators permitted to attend, a 2,000 seat arena might sound pretty loud. It’s what they used to call barn burners.

As of last night, the NBA suspended its season after Rudy Gobert of the Utah Jazz tested positive for coronavirus. Prognosticators think the NCAA will so the same thing, cancel the NCAA Tournament and the NIT altogether. There’s certainly pressure on NCAA management and college presidents who’ve shut down some campuses. So much has already been lost financially anyhow. All hosting cities were counting on revenue for their hotels and businesses.

If the games continue, I guess that only gambling goes unscathed. I didn’t hear anything about casinos closing.

I like what networks such as the Big Ten and Fox are doing. Two different crews are assigned for a four game day. One crew works the afternoon session and another at night. I never could understand why CBS/Turner has one team work all four games. That’s tough on the mind and the body.

It’s  nice to see Brian Anderson in the picture, a prime candidate to succeed Marv Albert when he leaves Turner.

Tim Brando, one of the all-time best, does Thursday’s Big East afternoon doubleheader.

Thursday forward the telecasts will sound a little awkward – if the games do continue. Most facilities won’t have many fans if any at all. Here’s Thursday’s lineup:

If this had occurred in say, late January, would the NFL have played the Super Bowl without fans or canceled the game altogether?