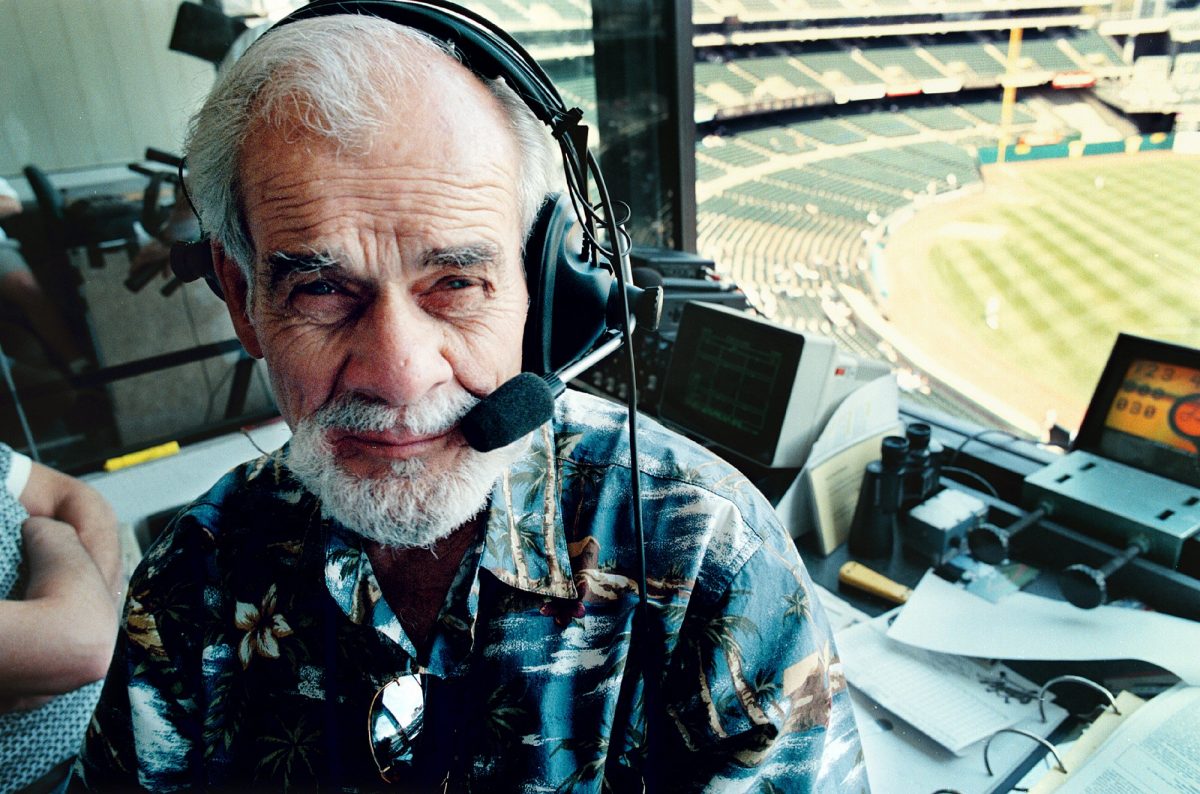 Bill King stimulated Bay Area sports fans for all or parts of five decades as Voices of the Raiders, Warriors and A's. For a while, he did all three teams at the same time

I was lucky enough to be hired by the Haas family as Vice President of Business Operations when it purchased the Oakland A’s from Charlie Finley prior to the 1981 season. At that point, team president Roy Eisenhardt made one of the most impactful decisions in franchise history when he hired the Voice of the Golden State Warriors and Oakland Raiders Bill King and the San Francisco Giants’ Lon Simmons to be our radio play by play team. Think of them as the “Bash Brothers” of the Bay Area airwaves.

Many media observers and sports fans couldn’t figure out how this Odd Couple was going to work. Early on, I said they were like Librium and Amphetamine. Bill King being amphetamine.

I was wrong, along with thousands of others. Lon Simmons went into the Baseball Hall of Fame as a Ford Frick honoree in 2004 and Bill King posthumously in 2017.

The San Francisco Bay Area never had a radio voice as versatile as King. He was the announcer for the A’s, Raiders and Warriors, all at the same time. Eisenhardt described King as a man who would “paint a picture. You could see the game in your head.”

When the National Baseball Hall of Fame presented Bill King’s daughter with the Ford C. Frick award in July 2017, it was a magical moment for the multitude of fans who listened to him, and for colleagues who worked alongside the “Most Interesting Man in the World.”

“I think he was the very best radio sports broadcaster we’ve ever had in this country,” the SF 49ers radio announcer Greg Papa said. “He was a radio genius. He epitomized the Bay Area as a sportscaster because he was the Bay Area. His word choice, vocabulary, the way he was able to describe things. In so many ways he was the perfect Bay Area radio broadcaster.”

King was a rare breed, someone versatile enough and knowledgeable enough to excel at announcing three major sports, Raiders football from 1966-92, Golden State basketball from 1962-83 and Oakland A’s baseball from 1981 until his death in 2005.

There was so much more to King’s life beyond the broadcast booth. That’s something current A’s radio play-by-play broadcaster Ken Korach discovered in the decade he worked with King after joining the team himself in 1995.

Korach, who chronicled King’s career in his 2013 book, Holy Toledo: Lessons from Bill King, Renaissance Man of the Mic, said “He was a patron of the arts, the ballet and the opera.”

“When I began doing A’s TV in 1990, I would listen to Bill and have a legal pad out and take notes,” said Papa, former voice of the Raiders before moving over to the 49ers this season. “It was better than any research I could do. He was so meticulously prepared.”

Ask any sports media maven who knew Bill and they will tell you that he should be in the Basketball and Football Halls. Radio voices are the ultimate story tellers whose art is becoming harder to find these days.

Curt Gowdy and Dick Enberg are the only winners of the Triple Crown of Communications, Baseball, Basketball and Football Halls of Fame.

How is it possible that Howard Cosell isn’t a Pete Rozelle honoree in the Football Hall?

If you don’t know Bill King or his incredible talent, listen to this classic call.

“The Oakland Raiders have scored on the most zany, unbelievable, absolutely impossible dream of a play! Madden is on the field. He wants to know if it’s real. They said yes, get your big butt out of here! He does! There’s nothing real in the world anymore!”

Call me biased. Guilty as charged.

Bill King was the ultimate Triple Threat of Talent  telling the stories of sports on radio and should be in Canton and Springfield.

Andy Dolich has held executive positions in the NFL, NBA, MLB, NHL and Pro Soccer. He is the COO of the FCFL (Fan Controlled Football League) and teaches sports business at Stanford’s Continuing Studies Program.