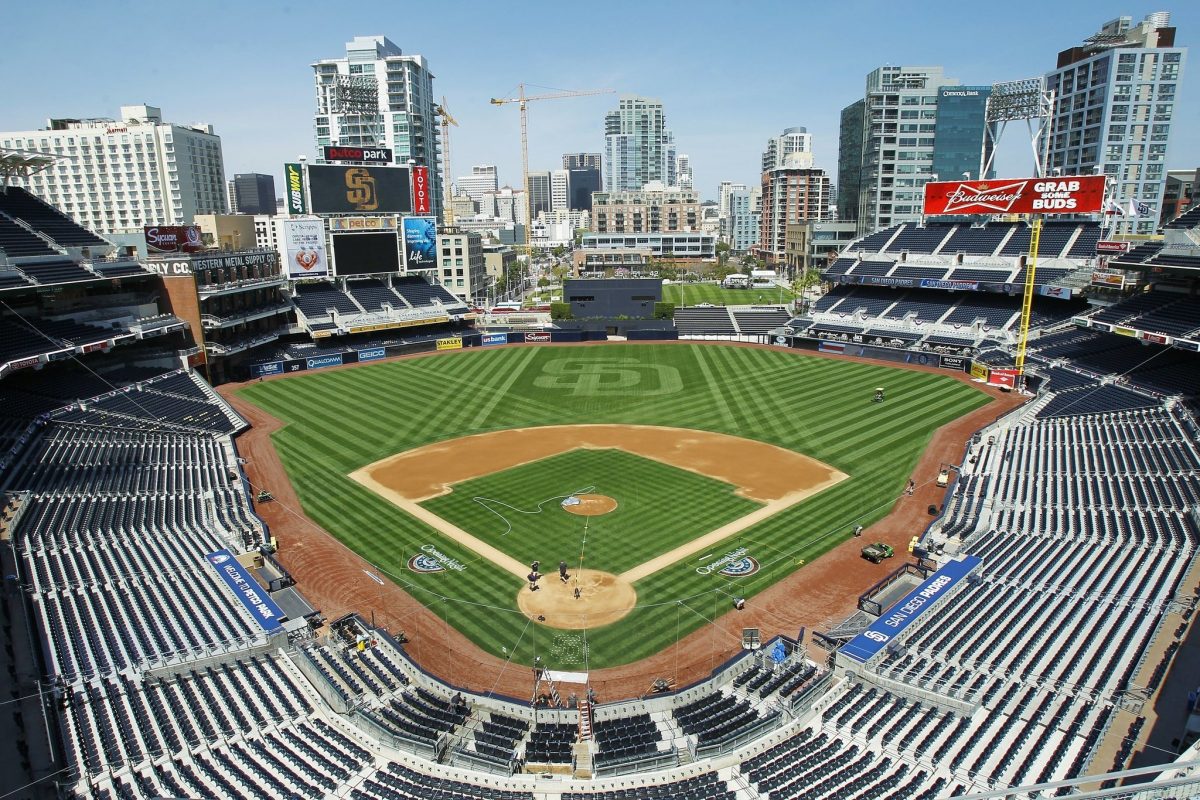 Story of the day - Empty

Finally! There’s movement, a moment that sports enthusiasts have waited for after ten punishing weeks.

Gary Bettman and the NHL delivered a glimmer of hope on Tuesday, announcing plans for a revamped Stanley Cup playoffs format that would have the first puck dropped by mid-summer. Other leagues are devising their own strategies on how to safely let the games begin again. NASCAR already started its engines.

As for attendees, we’re nowhere yet. There’s still a long way to go before fans will be allowed back in the stands.

Checking in with the talkies who addressed the status of MLB, the NFL, NBA and NHL:

NHL Commissioner Gary Bettman insists that the NHL will do all it can do to resume play when given the nod from health officials to do so. Bettman claims that “health and safety are paramount” and that both players and fans want to get back on the ice.

Currently, the league has ten possible hub cities in which it is considering to host the playoffs. Seven of these cities are located in the United States, and three are situated in Canada. Bettman recognizes that Canada could be problematic because of the need to cross the border. However, whichever two hub cities are deemed  safest and have the ability to provide comprehensive systems of COVID-19 testing will ultimately be where the Western Conference and Eastern Conference playoffs are held.

Bettman and league personnel are hoping that within a few weeks clubs can return to their home facilities for small-group on-ice and off-ice training sessions. Although the start date for training camps will be no earlier than July 1, the hope is that teams can report to the hub cities by mid-July to get the playoffs underway shortly thereafter.

Many details are yet to be determined. The hub cities, the bracket, and the length of games in each round seem to be fluid issues.

NBC/NHL Analyst Eddie Olczyk loves the fact that the NHL is exploring its options and is committed to starting the playoffs sometime in the near future. He believes that small-team training sessions are a beneficial way for players to prepare for the playoffs. Furthermore, he wonders whether the league will consider choosing hub cities relatively close to one another on the east or west coasts or Canada, depending on the circumstances.

Don Fehr, Director of the NHL Players Association, makes it clear that player and personnel safety is still the number one priority. Fehr recognizes that if the playoffs do indeed begin in July that the start date of training camps for the 2020-21 campaign will have to be pushed back significantly. It’s usually in September.

It is astounding that in order to ensure maximum safety for all players and personnel, there will be approximately 25,000-30,000 COVID-19 tests that take place throughout the entirety of the playoffs.

Jeff Passan opined that MLB came on too strong with its initial proposal regarding player salaries for the shortened 2020 campaign. He explained that based on a sliding scale, superstars who would typically make $35M per season will be making around $7.8M during the 82-game 2020 season. Passan feels as if MLB left little room for negotiations because the initial proposed player salary cuts are as large as 80%.

While the NHL and NBA are cautiously optimistic with regard to the season/playoffs resuming sometime this summer, MLB, according to Passan, has more to discuss before the season can get underway. Like the other leagues, player safety is still the most important piece to the puzzle.

While various owners and team personnel are optimistic that the 2020-21 NFL Season will begin on time with fans in the stands, DeMaurice Smith, Director of the NFL Players Association, is not as convinced that the regular season will proceed as planned. Smith claims that if on a 1-10 scale a 10 means the season will be played in a typical fashion, he is at a 6 or 7 for the time-being. The NFL will also monitor how the other professional leagues resume. If MLB and NBA can “go off without a hitch this summer,” there is more of a chance that NFL teams can get back on the field in September.

Owners, like Stephen Ross of the Miami Dolphins, respect the fact that the NFL is flexible in making sure that games will be played in 2020. Roger Goodell has emphasized that the league will track the virus and make adjustments as necessary.

The NBA is in discussion with The Walt Disney Company about the possibility of resuming play sometime late July in Orlando. Games would be held at the ESPN Wide World of Sports Complex. Owners, like Mark Cuban, and players, such as Damian Lillard, feel that because a handful of teams in the Western Conference were so close in the standings when play was suspended in mid-March that these teams should have a chance at a playoff berth.

The league and the NBA Players Association are discussing whether players’ families will be allowed inside the Orlando bubble. Should it allowed, families and loved ones would be required to have the same testing and would have to pass all safety requirements as NBA personnel do.

Semi-retired NASCAR driver, Dale Earnhardt Jr., brings on Kurt Busch to discuss Busch’s “successful, yet tumultuous” NASCAR career. Busch relays how he skyrocketed to fame within the sport, but then after losing some races, he was forced to keep a positive attitude while “fighting his way back to the top.”

Busch enlightens fans on to how his career took off. The first time he really drove a NASCAR vehicle was when he was 16. His father had a great influence on his transformation from a “nobody” to a championship driver with an ego, who felt as if he could call out and beat any other racer in his way. Amidst his career, Busch realized that NASCAR was indeed a “team sport.” All the support from his family and crew members was a necessity and contributed to his success.