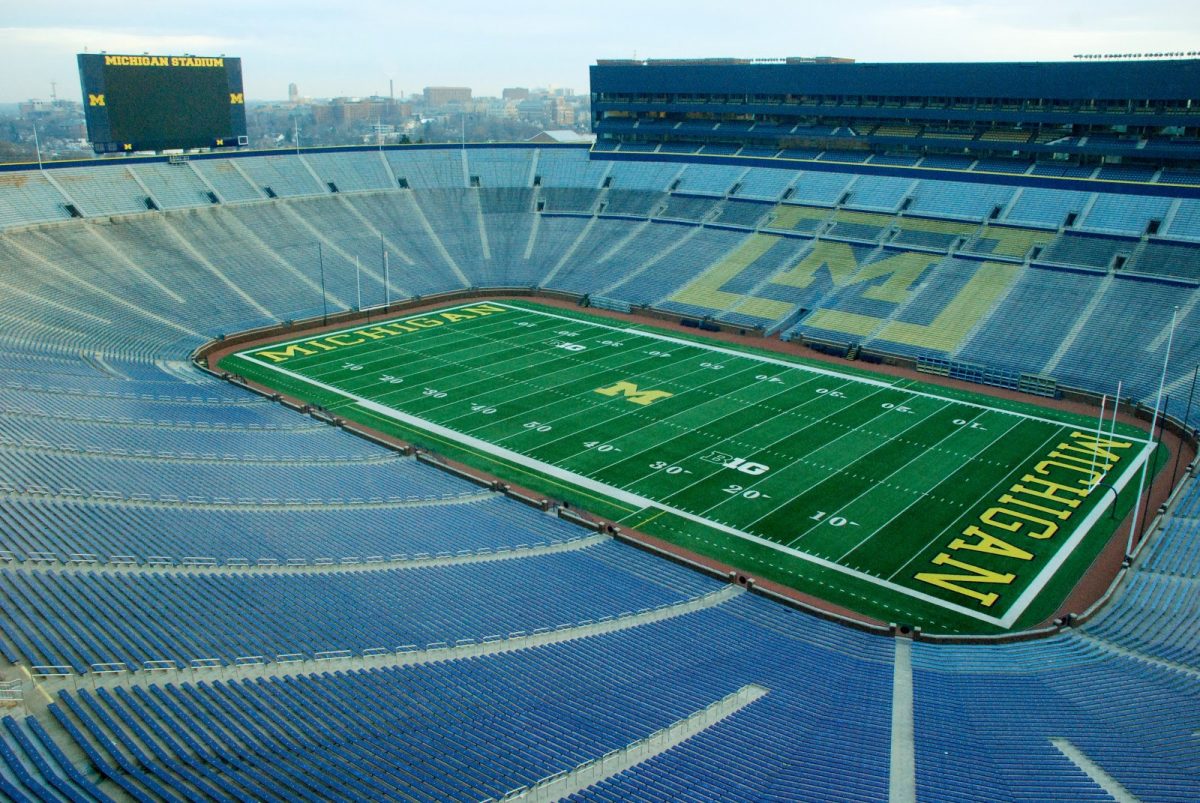 The Big House can hold 100,000. This fall though it's shut down for football by decree from Big Ten school presidents

The first bombshell of the college football season dropped Tuesday when the Big Ten and the Pac-12  postponed their fall football seasons for the remainder of 2020. Meanwhile, at least for now, the ACC, SEC and Big 12 remain committed to a fall season. National voices across the spectrum had plenty to say about the development.

This all started in the Big Ten for good reason. The Big Ten has had a lot of issues and they are being transparent about it; or at least six of the programs who had stopped their workouts at some point in time are. The conversation is then, ‘Well, what happens when they start playing games?’ Well, that is already happening all over the country. Players are getting infected at alarming rates, some are being transparent about it, some are not.”

In the Big Ten, you have two presidents who are medical doctors, one is an immunologist and one is an epidemiologist, I have a feeling those voices have been heard. That matters a lot. What also matters is that no one has/is/will be on the same page in college athletics, I know it’s a tired, worn-out argument that the structure is dysfunctional. It’s coming back to haunt the sport. You have these Power 5 conferences who are not collaborating, right now you have the Big Ten and the Pac-12 who are going to say ‘We are done’, and then it’s a free-for all with the other three, as if three of the five could make this work. The college football playoff is built off five conferences.

It’s utterly unimaginable how bad this sport looks, how dysfunctional it is, but they are getting what they deserve.

If they were actually concerned about the well-being of the student athletes, they would keep them within the structure, procedures, and protocols of a football season. What they (the schools) are most concerned with right now is liability, and then, right under that, there’s the ‘players united front,’ the unionization of the players. That’s what the presidents are scared of.

Trying to play a spring season, and doing to your body what a football season does, then backing it up and playing a fall football season in 2021 would be more detrimental to a college athlete than it would be to play football this fall. If they were to play, I would put it in the 6-8 game range.

There are a lot of people walking back some of their opinions, these presidents, they are walking them back. They don’t know what to do, they truly do not know what to do. Liability is the key for them. Athletic director, coach, player, they aren’t worried about that. This is why we don’t have a voice with the NCAA, we have five commissioners who are running college football, and they don’t even know what they are doing. They aren’t all on the same page.

I get Ohio State fans being upset. The only real national title contender that lost its season. But if there is any consolation, any small comfort, here it is — every other conference will bail within a short period of time. They just don’t know it yet.

We have been encouraged to follow the science, not about opinions, not about partisanship, not about opinions, about scientific fact. As a result, we are seeing parents out there along with kids who are young men/women who are out there saying ‘Yeah, could you give us that information, we aren’t interested in opinions. What is the situation and what are you going to do?’ College football right now does not have a definitive answer from anyone.

I think there might be college football played this fall, I don’t think there should be. I think it should be canceled immediately, the reason why is there is no leadership to point to, nobody is leading anything, That’s the problem.

The news from the Pac-12 and Big Ten were as troubling as I have ever witnessed, and it was the darkest day for me in my lifetime of college football. An international pandemic is something no one can predict, there’s no one to blame here, it’s science that needs to be followed. But, the leadership in college athletics, and more specifically football, has been a problem for quite some time. It reared its ugly head yet again. Five conferences not sharing information, not helping one another, and no coordinator for all the ideas that could be out there. I’ve been calling for universal leadership. Now more than ever, it’s needed. Some things have to change, and they have to change soon.