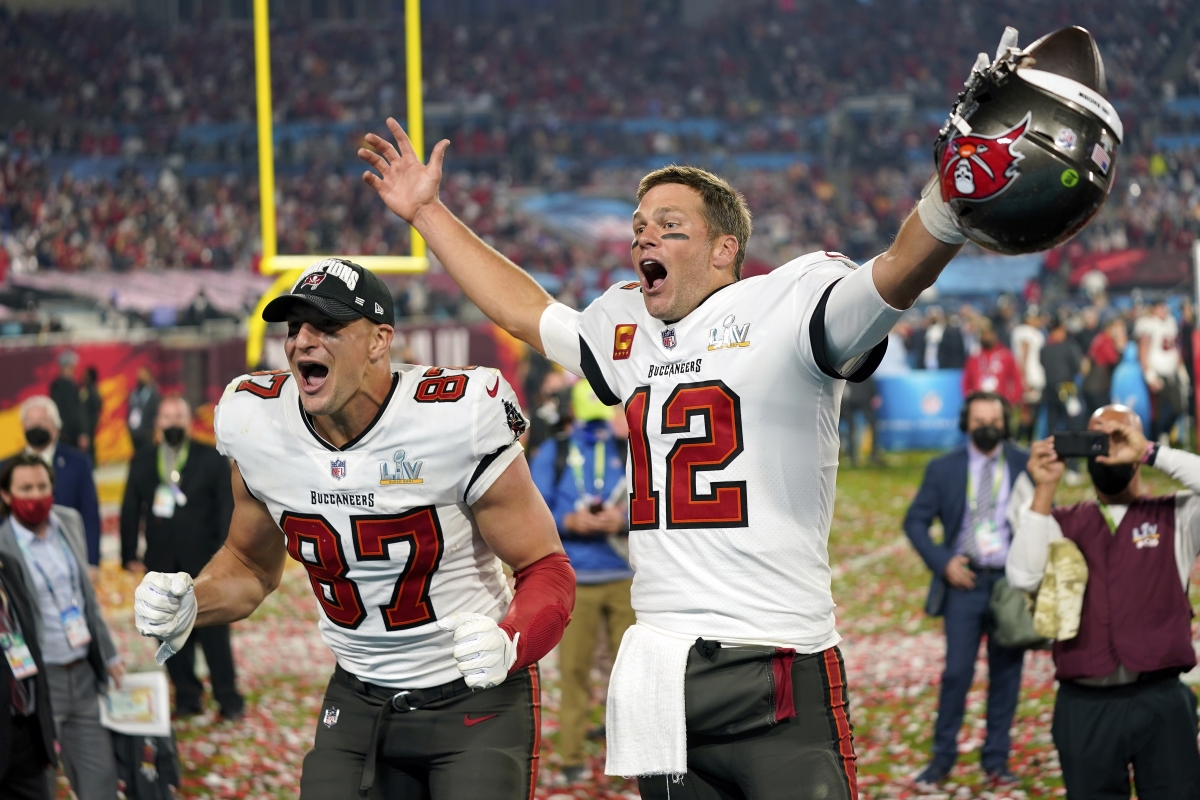 The way some sports commentators acted when Tom Brady announced his retirement you’d think that life on Earth would evaporate before another Super Bowl would be played. But just as baseball survived after Babe Ruth hung up his spikes, basketball survived after Michael Jordan called it quits, hockey lives on despite Wayne Gretzky, not slashing through the ice and the United States survived — thus far, at least, after the Founding Fathers were no longer available to protect our Constitution, there was another Super Bowl. It might have surprised Brady aficionados who are still in mourning since he said he would rather stay home with his super model wife and children than complete another pass to Gronk.

Many of Brady’s sports reporting admirers were not yet born when there was a family of Brady’s that were more idolized than even the venerated football Tom Brady.

In the mid 70’s, there was a popular television sitcom called The Brady Bunch. It was so popular that to celebrate its 50th anniversary in 2019 TV and pop culture journalist Kimberly Potts wrote a book titled, The Way We All Became the Brady Bunch.

Today I’m opining about another Brady Bunch — a fan club, not of Joe or Jane football fans but of sports commentators who acted more like fans than actual fans do when Tom Brady announced he’s retiring on February 1.  These announcers have one thing in common: They are all members of the GOAT club who couldn’t stop anointing Tom Brady the greatest of all time when the quarterback announced he was calling it quits.

There are dozens of ways to describe Tom Brady’s magnificent career: superb, wonderful, splendid, glorious, brilliant, outstanding, superlative, marvelous, exceptional, celebrated, exquisite, laudable and unreal to name a few. But “the greatest ever,” not in my vocabulary.

During my long tenure with the sports world, originally as a sports reporter and then in the sports marketing PR business, I’ve witnessed many athletes lauded and labeled as “the greatest ever.”

I remember as a youngster reading newspapers and hearing sports announcers say that Babe Ruth’s 60 home run record is as solid as the rock of Gibraltar; that Lou Gehrig’s playing in 2130 consecutive games would stand longer than the Rockies.

And guess what?  Cal Ripken, Jr. broke Gehrig’s record and Ruth’s 60 home run season has been topped by several players and one, Barry Bonds, hit 73 in a single season. More times than I can remember, announcers would say “Jordan is the greatest ever.” Then along came Kobe and LeBron.

On May 6, 1954, I was assigned to write about Roger Bannister’s attempt to run the mile in less than four minutes (not in person but by television from a New York office). I had the story all worked out about his failure to do so, and was just waiting for the wire service reports to arrive so I could glean a few quotes from him. Guess what? Bannister did what was said to be impossible. I ditched my story, wrote a graph and rushed it to the front page editor, as I was instructed to do. Bannister ran a 3:59.4 mile. Since then more than 1,400 runners have run the mile in less than four minutes. It proves what I’ve always said: Because of advances in training, nutrition, medicine, surgery and sporting equipment, and other factors like shorter outfields and longer seasons in baseball and football, and other sports, it’s impossible to compare athletes of different generations.

For many decades, print sports reporters were considered “homers,” meaning that they would act more like PR arms of the teams they covered than factual journalists. That world has largely disappeared, the exception being during baseball spring training when some reporters still crowned unproven rookies, “the next coming of Babe Ruth or Walter Johnson.”

The same is true with many announcers on baseball and football telecasts. Outstanding fielding plays that occur hundreds of times during the baseball season are acclaimed “as the best ever or at least “one of the best ever.” The same is true with some football announcers who go gaga when a long pass is completed, even though it is a common occurrence.

In particular, I can’t remember CBS’s Jim Nantz ever saying a bad word about the NFL in the days when the league was saying that repeated concussions can’t scramble a player’s brains. And his partner, analyst Tony Romo, gets so overwhelmed describing a play that it’s sometimes hard to follow, compared to the easy to understand and succinct analysis of Cris Collinsworth and Troy Aikman.

Tom Brady’s retirement was, of course, big news – at least for football fans. But for announcers to flatly say that he’s “the greatest ever,” without qualifications, is shoddy journalism and talk that can be expected by fans on a sports call-in program, not from a professional sports announcer.

In December 2007, sports columnist Ira Berkow wrote a biography of Red Smith, who is considered one of the best sportswriters of all time. In the book, titled Red: A Biography of Red Smith, Berkow writes how Smith’s editor, Stanley Woodward was upset about Smith’s columns and drafted a wire saying, “Will you stop Godding up those ball players,” which he never sent. But Smith heard about it and never forgot the sentiment, Berkow wrote.  Many of today’s TV sports announcers need producers like Woodward.

After hearing all the sportscasters talking about Tom Brady as if he had just discovered a cure for Covid or cancer, my wife Judie, who never watches a football game, — figure skating and tennis are her sports — said, “The announcers are right. There will probably never be another Tom Brady playing quarterback, but there might be a Joe or Jane Brady.”

I originally was upset that she coined a line about Brady that bettered mine. But no longer because this is one of the few times that I can tell her not to be so sure of her opinion without being told to sleep on the couch. Because on his February 7 podcast, Brady left the door open to his again completing a pass to Gronk, when he said, “I’m just gonna take things as they come,” when asked if he would entertain thoughts of coming back.

“I think that’s the best way to put it and I don’t think anything, you know, you never say never. At the same time I know that I’m very, I feel very good about my decision. I don’t know how I’ll feel six months from now.”

So Brady fanatics, all is not lost. Like a bear awakening from its winter hibernation Brady might again be seen emerging from the Tampa Bay Buccaneers tunnel eager to slay opposing teams as he has done many times before.

First, your wife has a future as a columnist. I agree, and I am reminded of an old piece by Lee Allen, the longtime historian at the Baseball Hall of Fame. He figured out the size of early 20th century baseball players compared with the 1950s, about the time he was writing. They were tiny compared with the giants of the later time. And now those giants are tiny compared with today’s players (setting aside a few whom steroids turned into something akin to Godzilla). It’s also why it’s hard to say a record will never be broken. For example,… Read more »