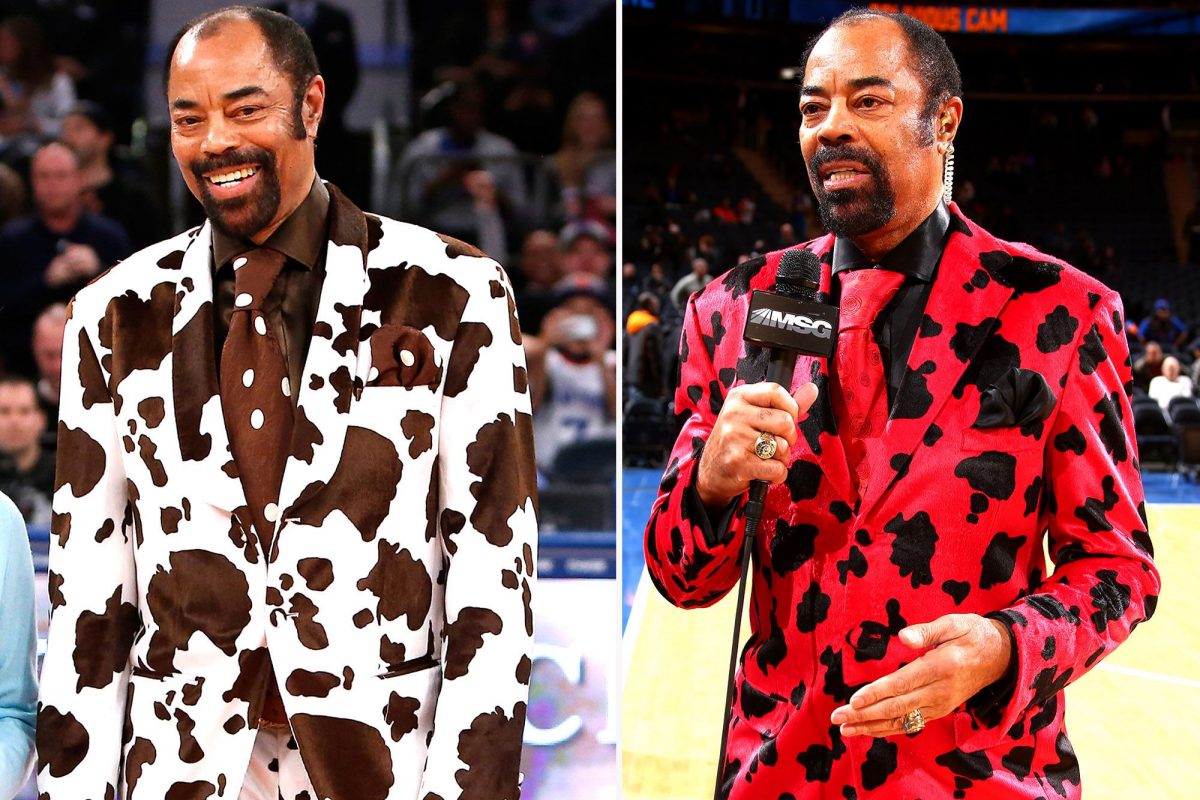 Knicks’ fans have suffered for years.

Too often, the team’s owner has been the subject of criticism, whether it’s for tossing former star Charles Oakley from the building, giving Spike Lee a hard time for entering the arena through the wrong door or for not inviting longtime voice Marv Albert to a ceremony honoring the 1970 Knicks championship team.  All this, after years when fans showed their unconditional love, showering the team with thunderous applause every night.

There’s been one constant that Knicks’ fans continue to appreciate, television announcers Walt Frazier and Mike Breen. The popular duo are as identified with the club’s fans as the players themselves are in their traditional orange and blue jerseys.

Hall of Famer Frazier started as a radio analyst in 1987. Breen joined him on radio in 1992 and they’ve been on television together since 2004. The two are energetic, personable, stylized and transparent.

The chants of “sell the team” aimed at Dolan amid the cacophony of the disenchanted are tough to ignore. But Breen and Frazier generally keep their cool. This said, Frazier is not afraid to be critical of poor player ot team performances.

Back in 1992, the Knicks won a tough best of five playoff series over Detroit. When his radio partner at the time, Jim Karvellas congratulated the club for advancing to the second round against the Chicago Bulls, Walt interrupted Karvo cold, ranting, “Why congratulate the Knicks, Jim? For what? They should have beaten this team.” The on-air dispute was fodder for New York sports radio hosts for days.

Walt “Clyde” Frazier was an integral part of both Knicks’ championships in 1970 and 1973. He was a guard before there was a distinction of point and shooting guard. He spent ten of his 13 years in the league with the Knicks. Overall, he averaged 19 points, 6 rebounds and 6 assists a game.

His feel for basketball and court vision were unrivaled and his multifaceted game made him one of the best distributors in the league. The seven-time All-Star created the model for a lead guard and helped redefine the roles of an NBA backcourt.

Through his broadcast career, Clyde learned to turn a word. Today, he might describe his own career using his play of words about others, “imperturbable and unflappable.”

Frazier grew up in Atlanta and attended College Division Southern Illinois University. Think of it as DII before the college division was broken down to DII and DIII. In 1967, unable to play in the main NCAA Tournament, the Salukis played in the NIT at the old Madison Square Garden. There, they shocked the NIT field and the basketball world, advancing to the finals and beating Al McGuire’s Marquette team for the title. Little known Frazier was the MVP.

Months later, 53 years ago this fall, Frazier began his NBA career with the Knicks. For older New Yorkers who remember his rookie year, It’s hard to believe that Frazier turns 75 today. He still looks like he can compete one on one with men 40 years his junior. He’s still in that good a shape.

In his playing days in the 70s. Frazier and Broadway Joe Namath were the studs of New York. On the court, Walt was savvy, nothing fancy. Off the court, he was dressed in sartorial splendor. When they were fashionable, he wore the old Nehru jackets that were stitched together in blinding colors. But other than the gaudy outfits, Frazier went about his business quietly. He could be a man of the people, often seen riding the New York subways. Namath meanwhile would be seen coming out of limousines at all hours of the night.

When he began broadcasting, Clyde matched his colorful dress with glitzy phrases, introducing New Yorkers to a repertoire of rhymes and descriptions. At the outset, some liked it, others didn’t. To many, it’s an acquired taste.

Bad decisions by players weren’t just foolish, they were asinine. Walt was honest with viewers about what he saw on the court. He can still be particularly hard on under-performing players. The nonchalant announcer doesn’t heap praise easily either. Partner Breen says that Frazier can break down a player’s strengths and weaknesses as well as anyone behind a mic.

Through the years, Frazier built an extensive vocabulary and a love for rhyming. When Carmelo Anthony stepped on the floor TV viewers could expect a, “Melo is posting and toasting” or “spinning and winning” from a post fade away jumper or an elusive move to the basket. Some of his better lines came when describing former Knicks’ sharpshooter J.R. Smith: “Erratic, charismatic, dramatic, acrobatic: that’s J.R.” Frazier’s rhyming has distinguished his prose since day one, “Oak’s got the stroke” and “It’s a Ewing doing.”

Then there was the time he almost startled the board-op at the radio station, “A.C. Green is a virgin,” he told his audience.

His unparalleled style wasn’t always well received. Back in 1998, Richard Sandomir of the New York Times wrote: “His silly wordplay hurts his credibility and overwhelms the insight that his partisans say he possesses.”

Clyde has a commitment to expanding his word bank and is willing to test the limits of what will stick with the television audience. He often calls rookies neophytes to underscore their inexperience.

Frazier has a longtime knack for colorful fashion that extends beyond his use of the language. His flashy suits have become must see TV for some. Whether it’s a hot pink suit or red and black polka dots, it is clear Frazier is not shopping off the local suit rack. He’s to basketball what Don Cherry is to hockey. The wardrobe is an integral part of his presentation.

Even his nickname Clyde came from wearing a hat that was similar to Warren Beatty, who played Clyde Barrow in Bonnie and Clyde. Walt’s style is so unique that media entities such as Sports Illustrated have written articles over the years, ranking his ‘Wildest Suits.’

Joe Tait, the now retired, Hall of Fame broadcaster for the Cavaliers remembers when Frazier was traded by the Knicks to Cleveland. “One morning we’re at the gate at Hopkins Airport, getting ready to fly somewhere, when Frazier strolls down the concourse in his Clyde hat and colorful, full length mink coat. Footsie Walker turns to me and says, ‘There goes the team dress code.'”

The Knicks planned to honor the 50th anniversary of the first title team, but the COVID-19 virus put the celebration and the season on hold. Frazier was looking forward to welcoming in the men with whom he shared the ball, the  court and the championships, Bill Bradley, Dick Barnett and Willis Reed. The fifth starter of the 1970 team Dave Debusschere is deceased.

In New York, they’ve really been only two Hall of Famers who were equally as popular on air as they were as players, In addition to Frazier, there was Phil Rizzuto. After spending his entire career with the New York Yankees and amassing seven World Championship trophies, Rizzuto spent 40 years calling Yankee games on television and radio. He too was known for his catchphrases most notably “Holy Cow.”

You might also include Rangers’ goalie John Davidson who later called games on television but in time moved into management.

Walt Frazier has been the perfect distraction during another turbulent Knicks season. Whether it’s crazy suits, crafty rhymes, or extravagant vocabulary, his style produces smiles and serves as a diversion from the the team’s on the court failures.

The Knicks legend continues to leave his mark on a franchise he helped immortalize 50 years ago.