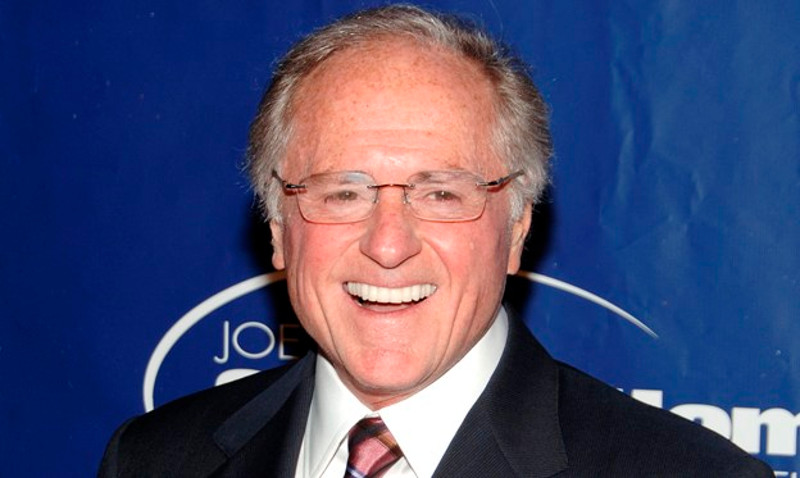 (Editor’s Note: Warner Wolf can still be heard on WOR Radio in New York (710) on Monday mornings from 7:35 to 7:50 when he joins hosts Len Berman and Michael Riedel.)

Too often, late night newscasts are filed with atrocities, scandals and tragedies.

Warner Wolf found the humor in sports. He might have been the first.

When video highlights from out of town first became available, Wolf coined a phrase that infused New York’s sports lingo. “Let’s go to the video tape” became a steady late-night antidote; a diversion from a long New York workday. Wolf’s highlights were testimonials and comic relief. He would chuckle through game video and his colleagues on the set would chortle along. Viewers felt part of his seductive informality and would then hit the sack happily.

Since the 1960s, New Yorkers have had their choices of talented television sports anchors. Len Berman was a nightly New York television institution for decades, blending his sports reports with a durable mix of creativity, hard news and oddball videos. His talent transcended the set.

Fixtures included the encyclopedic Bill Mazer and the wry witted Jerry Girard. Sal Marchiano got as much facetime as anyone and of course there was The Sweater, Russ Salzberg. No New York sportscaster was busier than Marv Albert who for many years presided over the sports reports at WNBC TV when not on the road calling games.

Wolf made his mark where he grew up in Washington. He worked in radio there and migrated to local television. In the 1970s, ABC Sports’ Roone Arledge summoned him to the network where among other things he did baseball. Warner then settled in as a local sportscaster for WABC TV and later WCBS-TV.  It was in these local television roles where he excelled and was loved by all; the gruff, the polite, men, women and children. Other than returning to DC for a stint, he spent the bulk of forty years on New York television and radio.

Wolf’s career started in small-town radio, Pikeville, Kentucky and ended in 2016 when he was let go by Don Imus as WABC Radio’s morning sports anchor. (Wolf filed an age discrimination suit against Imus and station executives after being fired in 2016.)

We had a chance to visit by phone recently.

Your style. You put people in good moods. You had a lovable, infectious and natural smile.

My parents in DC were in vaudeville. My dad, Jack Wolf, was my inspiration. He said everyone has problems. When they go to a show or watch TV, they want an escape. You have to smile. The audience doesn’t tune in to see a sour face.

Any one broadcaster in particular who might have influenced you?

Locally in DC, Jim Simpson (later longtime NBC and ESPN play-by-play announcer). When he signed off, he always had a big smile. It stuck with me.

Remind us of the time when you arrived in New York and Howard Cosell popped in on you at the ABC Network studio.

I was doing a college football scoreboard show on Saturdays when I first got there. Dave Diles was my partner. We’re getting ready to go on-air. Cosell drops in, sees me and says, “Warner, tell Roone (Arledge, president of ABC Sports) that you’re too big for this sh-t.

You were part of ABC’s Monday Night Baseball in the 1970s, how did it work out?

It was okay. I don’t think play-by-play was my great strength. Before doing network games, I did some Washington Senators, Bullets and University of Maryland sports. Sitting here today, I can say that my strength was doing the 6p and 11p sports.

As a general rule, which broadcaster bonds more with a community, the play-by-play announcer or sports anchor on the local news channel?

With no doubt, it’s the anchor. Just the facetime and visibility with the public during key viewing times, early and late, every night. It’s enormous—-particularly over time!

What was the experience like listening to play-by-play growing up in the Washington, DC area?

I was very fortunate to absorb both nearby Baltimore and Washington DC play-by-play. The best I ever heard on baseball and football was Chuck Thompson. I didn’t hear him do other sports; yet I can absolutely tell you that he was the best I heard calling games. There was no one better. I did listen to Jim Karvellas call Bullets (now Wizards) games and I thought he was good too. Jim was well liked.

How did you come up with “Let’s go the video tape?”

I was working in Washington. Back then, in the late 1960s, running video wasn’t always reliable. I’d say something like, ‘Let’s look at that touchdown run’ and someone in the production room didn’t hit the tape machine. Finally, one night, I said ‘Let’s go the video tape’ and it worked as a perfect cue so I stuck with it.

When you returned to radio after being so identified exclusively with television, was it difficult?

No, not at all. My roots were in radio. I love radio. Hey, I didn’t have to dress up every morning and get ready to look good on the set.  You’re also not compressed for time. You’re more relaxed. No one is talking into your ear. Radio is about painting the picture.

What’s did it take to succeed as Imus’ sports guy?

You’ve got to be quick witted and have a sense of humor.

What set you apart?

Viewers didn’t want to see me. I used lots of video. When I got to Channel 7 (WABC-TV) in New York we were able to get highlights that our competitors (WNBC-TV and WCBS-TV) didn’t have. We took advantage of satellite feeds.

There’s too much competition. It started, of course, with ESPN.  As ESPN’s SportsCenter grew in the 80s and 90s, it presented challenges for local sportscasts. When I started at WABC-TV in the 1970s, sports news was allocated 5 minutes. As the years evolved, it went to 4, 3, 2 and so on. Constrained time and ESPN make it tough. Now you have Smartphones!

But there are so many local highlights in New York?

No, it didn’t work that way. New York was so important to ESPN especially early on. The Mets, Yankees and other local highlights got lots of play nationally.

What was it like when you arrived at WABC TV as a local sportscaster?

We were killing it. Bill Beutel- Geraldo Rivera – I was lucky.

You left WABC-TV and all hell broke loose as you went to WCBS-TV.

I never wanted to leave. I had no agent. I knew I was successful. I asked for a specific dollar amount when my contract was up. They said no. WCBS TV came after me. They had Jim Jenson, a New York mainstay. We negotiated a deal. WABC TV came back and tried to satisfy me. I said I have a deal with WCBS. I said I shook hands and won’t renege. WABC took me to court, claiming a noncompete and they lost!

That was the year, Wilt and the Sixers broke the Celtics streak. I was born and bred in in DC and got to know Red Auerbach. He lived in DC all the years he was with the Celtics. I reached out and he let us come up and broadcast. The rules weren’t as rigid as they are today. The NBA wasn’t as popular then.

And if you had Dave and an entertaining interview with Warner Wolf, you won! BTW, I liked Chuck Thompson’s versatility and distinctive voice too but he is possibly best remembered (unfortunately) for calling the wrong pitcher (Art Ditmar instead of Ralph Terry) on Bill Mazeroski’s historic home run that won the 1960 World Series for the Pirates.

Thompson was a wonderful announcer but had a bad couple of minutes. Two additional points:
1) A minute or so later, Chuck also gave the wrong final score before correcting himself—He said the final score was 10-0.
2) Anheuser-Busch ran a recording of the call some 25 years later as part of a TV commercial. Art Ditmar sued the beer company.

[…] claim but will immediately add that the vaccines are nonetheless safe.  As famed sportscaster Warner Wolf would say: “Let’s go to the videotape.”  Here are some of the standard steps […]